Saving grace. Yolanda Hadid opened up about her ongoing battle with Lyme disease, saying her children, Gigi Hadid, Bella Hadid and Anwar Hadid, helped her though the roughest times.

“My decade-long journey was an absolute nightmare, but my diagnosis taught me a lot about life,” Yolanda, 57, told Vogue UK on Thursday, February 11. “About how much patience and dedication are needed in order to survive. My ‘new normal’ is much slower and more in tune with who I am.”

The former Real Housewives of Beverly Hills star said she has learned to “love my authentic self with all my imperfections,” adding that she is “grateful for every moment I get to spend on this planet with family and friends.”

The Netherlands native, who was diagnosed with Lyme disease in 2012, revealed that there were times where she wished she was dead in order to escape the suffering that the illness caused.

“I can’t begin to describe the darkness, the pain and the hell I lived through every day. For some time, it didn’t even feel like living at all,” she said. “This disease brought me to my knees. Many nights I wished to die and prayed I would just be free of the pain.”

Yolanda explained that she was a “multitasking, single mother-of-three and social butterfly who, slowly started to lose her magical powers.” Her symptoms included, “severe fatigue, brain fog, memory loss, difficulty with word retrieval, anxiety, insomnia,” which she said left her feeling depressed.

Her role as a mother, however, led her back into the light and made her fight to see another day.

“If it weren’t for my children, I don’t think I would be here today,” Yolanda revealed. “It’s so important we learn to listen to people, as many of us are suffering in silence. We should learn not to judge how somebody feels by the way they look on the outside.”

She added: “Looking back, all those difficult times in my life were blessings in disguise.”

The former model, who shares her kids with ex-husband Mohamed Hadid, explained that she has come a long way since she was first diagnosed.

“My life is far from perfect, but I try to keep things in balance. I make sure to get enough sleep, eat organic food as much as possible, I practice yoga and meditate every day,” she told the magazine. “I also sleep with a wearable device called the ‘Wave 1’ by FREmedica. It communicates with your cells through LED light for wellness management. The combination of all these things has me currently living without most of my chronic symptoms.”

She continued: “The emotional and spiritual part of healing is equally as important as the medical diagnosis. My heart is very full. Life has blessed me with an extraordinary partner [boyfriend Joseph Jingoli] who has made me believe in love again.”

The Believe Me: My Battle With the Invisible Disability of Lyme Disease author said that she is “doing really well at the moment,” explaining that there is not cure for chronic Lyme disease. “So being in remission is a blessing I cherish every day,” she added.

Two of Yolanda’s children, Bella, 24, and Anwar, 21, have also been diagnosed with the disease.

Bella, for her part, has been vocal about her battle for years, sharing photos of her journey via social media. Both women have chosen to tell their stories in hopes they can “turn our mess into a message,” Yolanda said.

“We’re both convinced that we shouldn’t just use our platforms to post selfies. We also try to use them as amplifiers to give a voice to those who can’t be heard,” she added. “By sharing the more uncomfortable parts of our lives, we have the power to raise awareness.” 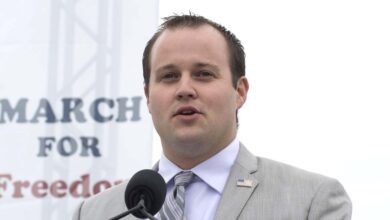 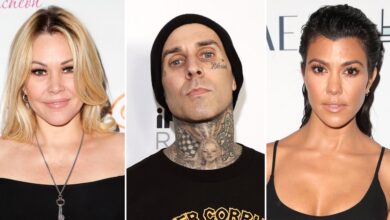 Travis Barker Is ‘Recycling’ Our Romance With Kourtney 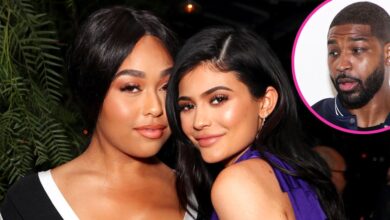 Everything That Happened Since Jordyn Woods Scandal 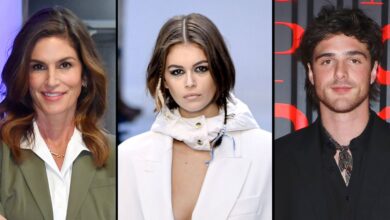