(Pocket-lint) – When ZTE told us the Axon 30 Ultra 5G was en route for review, we got that fuzzy feeling inside. That’s because the older Axon 20 5G was the first device we’d ever seen with an under-display selfie camera – so surely the Axon 30 Ultra would take this technology to the next level?

Um, nope. Instead the Axon 30 Ultra instead has a more traditional punch-hole selfie camera front and centre, so that fuzzy feeling quickly dissipated. Without such a ‘magic camera’ on board what then is the appeal of this flagship?

The Axon 30 Ultra is all about power and affordability. It crams a top-tier Qualcomm Snapdragon 888 processor into a slender body with a 6.67-inch AMOLED display that can push its refresh rate to a class-leading 144Hz. All for just £649 in the UK and $749 in the USA. So is that as exceptional value as it sounds or are there hidden compromises?

Having moved out of the gigantic Xiaomi Mi 11 Ultra, the ZTE’s more slender frame and trim 20:9 aspect ratio felt like a revelation by comparison. It’s not that the Axon 30 Ultra is small, per se, but it’s a well balanced scale.

The model we have in review is apparently black – that’s what the box says anyway – but the phone’s rear has a much softer metallic appearance about it, with some degree of blue to its colour balance. Really we’d call it a metallic grey. It looks pleasant, while fingerprint smears aren’t a massive problem thanks to the soft-touch material.

The camera unit on the rear is a fairly chunky protrusion, but that’s because there’s a 5x zoom periscope housed within that frame. It’s a relatively elegant block of cameras, though, and even with the phone flat against a desk it doesn’t rock about unwantedly.

The screen is the big selling point though. It’s a 6.67-inch AMOLED panel, the kind we’ve seen in the Redmi Note 10 Pro, for example, except the ZTE goes all-out when it comes to refresh rate by offering up to 144Hz. You can pick from 60Hz/90Hz/120Hz too, with the option to display the refresh rate in the upper left corner.

Having a faster refresh rate means smoother visuals, especially when it comes to moving content. You’re more likely to notice it when scrolling through emails than much else, though, so we’ve found our preference for balancing rate to battery life has meant settling on 90Hz. A more dynamic software approach would be better, or the option to designate specific apps to function at specific frame rates – especially games.

Are you really going to tell the difference between 144Hz and 120Hz? No. But the simple fact the Axon 30 Ultra can do this is to show its worth; to show that it’s got more power credentials than many less adept phones at this price point.

Otherwise the screen hits all the right notes. It’s got ample resolution. Colours pop. Blacks are rich thanks to the AMOLED technology. It’s slightly curved to the edges too, but only subtly to help hide away the edge bezel from direct view – and we haven’t found this to adversely affect use due to accidental touches and such like.

There’s also an under-display fingerprint scanner tucked beneath the screen’s surface, which we’ve found to be suitably responsive for sign-ins. Or you can sign-up to face unlock instead to make things even easier.

Having that scanner in such a position, rather than over the power button, leaves the Axon 30 Ultra’s edges to be rather neat. Other than the on/off and volume up/down rocker to the one side, and USB-C port, single speaker and SIM tray to the bottom edge, there’s nothing to disrupt the phone’s form. That keeps it looking neat and tidy. It also means no 3.5mm headphone jack, but that’s hardly a surprise.

Elegant looks complement an elegant operation, too, largely down to the power that’s available on tap. With Qualcomm’s Snapdragon 888 processor on board, couple with 8GB RAM, there’s little else more powerful that you can buy. Indeed, the Axon 30 Ultra is knocking on the door of gaming phone territory given that 144Hz refresh rate screen.

Navigating around the interface is super smooth and speedy, apps open quickly, and there’s no downturn in performance if you happen to open a whole bunch. Games are a breeze, too, as you’d expect from this kind of hardware – although we’d like a game centre to prevent over-screen notifications and such like.

But it’s not perfectly smooth sailing on account of ZTE’s own software, which here is MyOS 11 over the top of Google’s Android 11 operating system. It’s a common problem among Chinese makers, so we probably sound like a broken record, but there are definitely issues with notifications. WhatsApp might take a couple of hours to notify you of a message, for example, but there’s never a fixed period of time – and other times it’s immediate. The mail app Outlook rarely to never notified of new mails in the inbox either.

A lot of this is down to software management. Because there’s rather a lot of it in MyOS. Under battery settings is an ‘Apps AI-control’, which is said to intelligently manage apps to save power. Except, as we’ve highlighted above, this can stifle some apps inappropriately. It can be turned off for manual control, where individual apps can have their auto-start and background running characteristics specified.

All of this is an attempt to aid the overall battery life. Because, as you can imagine, cranking out gaming sessions using the 144Hz and top-end engine from Qualcomm’s SD888 definitely eats away at the supply pretty rapidly. The 4,600mAh cell on board isn’t as capacious as some competitors we’ve seen and that, as a result, can see a heavy use day only just about scrape through a 15 hours day. It’ll manage, but only just.

Another oddity we’ve experienced with the Axon 30 Ultra is Wi-Fi connectivity seems to be a little up and down. With less strong signal our Zwift Companion app was very choppy in its updating of data – something that hasn’t been an issue with other phones we’ve compared in the same environment. We suspect that’s because the ‘a/b/g/n/ac/6e’ designation is catering for higher frequencies (‘ac’ is 5GHz only, for example, whereas ‘ax’ caters for both 2.6GHz and 5GHz, while the newly adopted ‘6e’, i.e. 6GHz, isn’t widely supported yet).

It’s a bit of a mish-mash when it comes to results though. The main camera, at its best, is really great. It snaps into focus quickly, reveals heaps of detail – as you can see from the main flower shot below – but isn’t the most subtle when you look in detail, as images are over-sharpened.

The ability to zoom in the camera app is actioned on a slider to the side, but you don’t really ever know which lens you’re using – until there’s a clear ‘jump’ between one visualisation and the next, because, for example, the 5x periscope zoom is far poorer in its delivery. It’s only 8-megapixels, for starters, so there’s not nearly the same clarity revealed in its images. Plus the colour balance looks far out of sync with the main lens. Really this periscope is overoptimistic.

The 2x portrait zoom lens we also can’t really work out. Sometimes zoom shots are great, sometimes they’re quite the opposite – all mushy and, again, over-sharpened. It seems to depend which sensor/lens the camera is using at that particular moment – because the image of a horse in a field that we captured (within gallery above) looks fine, whereas the sheep in a field (shown in our wide-to-main-to-zoom-to-periscope gallery, below) is miles off the mark.

There’s potential here overall. The specifications read rather well, but somehow the Axon 30 Ultra gets away from itself a little. It needs to rein in the offering really, simplify things, and deliver a more detailed app that explains specifically what kit you’re shooting with. That said, the main lens will please plenty, while close-up macro work – with the artificial intelligence ‘AI’ activated – snaps into focus really well.

To answer our opening question: what compromises do you have to accept if looking to buy the ZTE Axon 30 Ultra 5G? Relatively few at this price point. There are some irks, though, such as the software causing notification problems (by which we mean absences), the battery being a little stretched, and the cameras get away from their potential somewhat – despite the main lens being perfectly decent.

Otherwise ZTE has crammed one heck of a lot into the Axon 30 Ultra. Its screen is commendable and having that headline-grabbing 144Hz refresh rate is sure to bring attention. The subtlety of the design is elegant, too, delivering a well-balanced scale that’s comfortable to hold and fairly fingerprint-resistant on the rear. And there’s bundles of power from the top-end Qualcomm Snapdragon 888 platform, ensuring apps and games run a treat.

There might be less ‘wow factor’ than if there was an under-display front-facing camera to captivate prospective customers (like there was in the Axon 20), but given the Axon 30 Ultra 5G’s price point undercuts the big-dog Samsung, that’ll be enough of a lure to many.

The ‘Fan Edition’ Galaxy might be a year older than the ZTE, but it’s a similar price, has more stable software in our experience – and that makes all the difference to everyday use.

Rupee Appreciates 17 Paise To Settle At 72.60 Against Dollar Amid Positive Domestic Equities

What is an eSIM? What it means for your phone or Apple Watch 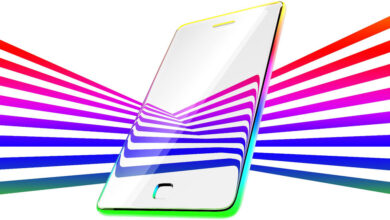 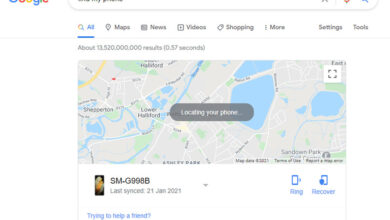 How do I find my Android phone? Track your lost phone with Goog 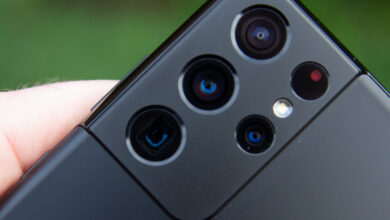 A Samsung and Olympus collaboration could be on the cards 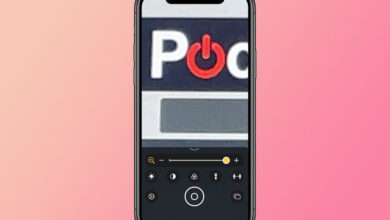