Mahindra and Mahindra today announced that it will be recall, 1577 units of the diesel variant of the Thar. The company has recalled these vehicles proactively and will inspect and replace the camshaft on the affected vehicles. The diesel variants of the Mahindra Thar manufactured between September 7 and December 25, 2020 have been affected. The company says that a machine setting error at the supplier’s plant, on specific dates, may have affected camshafts in some engines of the diesel Thar.

The company launched the Thar SUV in October 2020 and since then has been a big success for the company. Mahindra had already said that it had received 6500 bookings for the Thar in December 2020 itself and the numbers are growing by the day. The mechanical options on the SUV include a 2.0-litre turbo petrol engine and a 2.2-litre diesel motor, and both come with the option for a 6-speed manual gearbox or a 6-speed automatic torque converter unit. 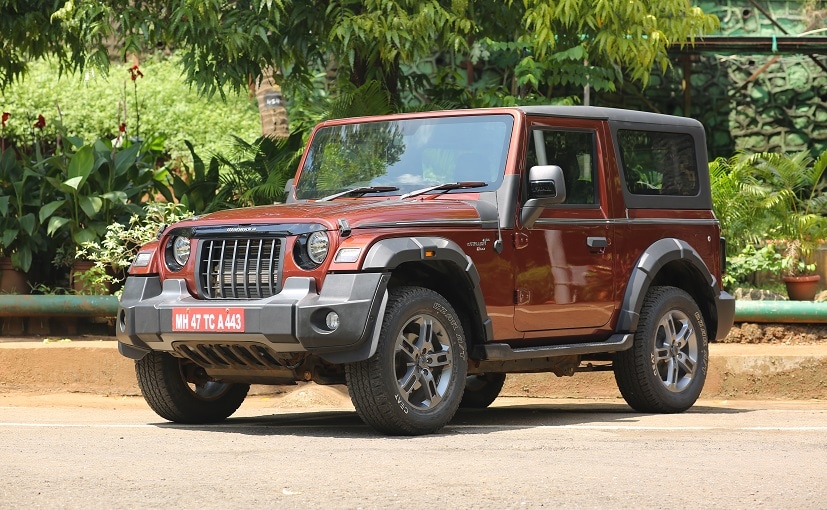 The company has recalled these vehicles proactively and will inspect and replace the camshaft on the affected vehicles.

The affected vehicles will be inspected by the company and the subsequent rectification will be made to the SUV free of cost. Mahindra will contact the customers individually so that the cars can be brought to the service station to get fixed. The recall of the Thar SUV is in compliance with SIAM’s voluntary code on vehicle recall.

Sensex Recovers Over 500 Points From Day's Low; SBI Rises Ahead Of Earnings

Fournette, Bell go from lots of losing to Super Bowl