Moving on? Thomas Doherty was caught canoodling with model Yasmin Wijnaldum in New York City after splitting from Dove Cameron in October 2020.

The 25-year-old High Fidelity actor and the 22-year-old Netherlands native packed on the PDA while enjoying dinner on Wednesday, March 31. In photos published by E! News, the duo snuck kisses during their meal and gazed lovingly into each other’s eyes.

Doherty threw a tan trench coat over a casual white button-down, which he paired with ripped jeans and black Converse sneakers. Wijnaldum, for her part, kept it low-key in an oversized pink dress shirt. As the pair strolled down the street — and as the COVID-19 crisis rages on — the Legacies star pulled his face mask down to his chin.

In December 2020, Cameron, 25, announced that she and the Scottish heartthrob called it quits two months prior. “The decision was incredibly difficult, but we still have love for each other, and will remain friends. Thank you for allowing us our privacy in this time,” the Daytime Emmy winner tweeted at the time.

Cameron added in an Instagram Story: “We know there have been some rumors and confusion lately about the status of our relationship and we wanted to set the record straight.”

The Descendants costars had been quarantining together amid the coronavirus pandemic and were together for nearly four years before going their separate ways. While working together on the Disney Channel movies, Cameron gushed about feeling an “intense” connection with Doherty both on and offscreen.

“People were like, ‘When you guys walk into a room together, it’s insane. Have you ever talked to him?’ And I’m like, ‘No, not really.’ And they’re like, ‘You need to,’” the Washington native told J-14 in 2018. “And they’re, like, telling him the same thing, like, ‘Something needs to happen.’ And we’re like ‘No, we’re fine.’ But [director] Kenny [Ortega] came up to me and was like, ‘I think you guys would be really good together.’”

Before the pair broke up, Doherty exclusively told Us Weekly that he had big things in store for his now-ex on Valentine’s Day as they celebrated in New York City. “We’re gonna get KFC, doughnuts [and] loads of cookies, we’re gonna go see Book of Mormon, and then I can’t disclose what happens in the evening, I’m afraid,” the Gossip Girl reboot star teased in February 2020.

In lieu of buying each other expensive gifts, the actors hoped to “just have a beautiful day together,” Doherty said.

Cameron was previously engaged to her Liv and Maddie costar Ryan McCartan. The 27-year-old popped the question in April 2016 after three years of dating, but the duo called it off six months later. At the time, McCartan claimed that the “If Only” singer “decided this relationship isn’t what she wants,” but said that they “still love each other very much.”

Things between the exes became messy in January 2020 when the Standoff actor accused Cameron of cheating on him during their relationship. Seemingly responding to the allegations at the time, the Hairspray Live! actress shared a cryptic quote on Twitter.

“When a toxic person can no longer control you, they will try to control how others see you,” the passage read. “The misinformation will feel unfair, but stay above it, trusting that other people will eventually see the truth just like you did.”

Stars Who Fell in Love With Non-Famous People: Pics 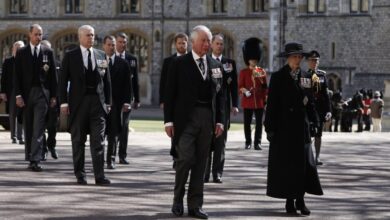 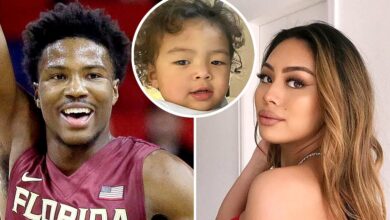 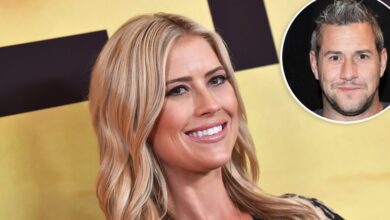 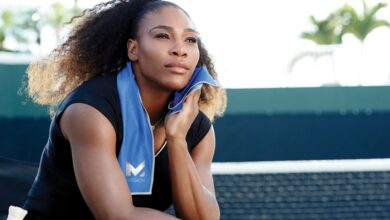 How 3 Athletes Got Behind 1 Company