For all the unprecedented events and unforeseen consequences of the past year, market conditions today rhyme rather closely with those of mid-February 2020, when stocks peaked right before the Covid crash.

Much of the talk around the market is similar, too: Worries that too much of the market is dominated by a few huge growth stocks (the top five S&P stocks were 20% of the index then and are 22% today) and that investor sentiment had perhaps grown too complacent.

Then, as now, the S&P was at a 20-year high in terms of valuation, the forward price/earnings ratio then just above 19 and now surpassing 22 – yet for those who choose to compare equity earnings yields to Treasury yields, the gap is pretty close: 3.7 percentage points then versus 3.3 now.

The spread on high-yield bonds has made an almost-perfect round trip in the past year, sitting right at extreme lows, which fits into a sense that generous credit markets are lubricating the economy and markets.

Here’s how this equity-asset support from forgiving debt capital markets was characterized in this column one year ago this weekend:

“Real investment-grade corporate bond yields are scarcely above zero. The Chicago Fed National Financial Conditions Index shows the liquidity backdrop is as loose as it’s been this cycle…A clear majority of S&P 500 stocks have dividend yields exceeding the 10-year Treasury yield. While no perfect relative-value indicator, this tends to provide a buffer underneath equity valuation.”

All of that is true today as well. And so is the fevered buying in a clutch of expensive “story stocks” which excites younger and more-aggressive investors while making the traditionalists a bit nervous.

A year ago: “A cluster of what might be called ‘idiosyncratic speculative-growth’ stocks are also acting quite frisky this year, a sign that investors are grasping aggressively for the next big thing (or perhaps just the next quick buck). ” Then it was Tesla, Beyond Meat and Virgin Galactic. Today it is several-dozen names from GameStop to Canadian cannabis to fuel cells to early-stage fintech apps.

So, the echoes are pretty clear as this anniversary approaches. The differences, though, are several, important and make the current market more dynamic in ways both favorable and – potentially, eventually – hazardous.

Let’s be clear that noting the similar market set-up now is not remotely to predict anything like a repeat of the market collapse and economic calamity that began to unfold in late February of last year. The coronavirus spread was a genuine external shock, the forced global economic halt a first, the five-week-35% freefall unprecedented.

Which brings us to some of the more crucial differences between now and a year ago. The collapse reset the clock on the economic cycle and policy stances. From 2019 into 2020 Wall Street was caught in a late-cycle vigil, with the economy near peak employment, the Treasury yield curve flat, corporate profit margins near peak, earnings projected to be flat.

The Fed was on hold indefinitely in February 2020 with short rates at 1.5-1.75%, but a significant minority of Fed officials was projecting a rate hike in 2021.

The flash recession and profit collapse prompted some $5 trillion in deficit-financed fiscal support with more likely, and turned the Fed maximum easy for a long time to come, intent on waiting for a return to full employment and a lasting rise in inflation before making any tightening moves.

So, yes, valuations are higher now and investor expectations could be growing unrealistic.

But Corporate America refinanced itself for years to come at invitingly low rates against a Fed backstop, earnings will be back above their prior peak this year, government is eager to run the economy hot and (arguably) policy makers just executed a repeatable process for short-circuiting a recession.

Another way that things have changed in a year is the headlong rush of smaller investors into the market, feeling invincible after making it through the crash and riding a near-80% rebound in the S&P 500.

Investors’ willingness to gorge on leveraged upside bets in the form of call options in unprecedented volumes and the instant mark-up of new IPOs such as DoorDash, Snowflake and AirBNB to multi-tens-of-billions in market value at towering revenue multiples shows a new more aggressive and risk-tolerant ethos to the tape.

Some of this energy was already starting to flow a year ago, but it hadn’t gained nearly as much momentum or taken on as much of a viral character. The Russell Micro-Cap Index is up 65% in 3 ½ months. Penny-stock volumes have quintupled over the same period. Overall trading volumes are surging even with the indexes rallying – the reverse of the typical pattern and harkening back to a similar pattern from the late 1990s.  Equity inflows in the latest week set a new record.

Social-media stampedes took GameStop shares from $12 to $400 back to $52 the past two months, and then ran Tilray from $18 to $63 back to $29 in two weeks. Meantime, volumes in staid S&P 500 ETFs has sunk toward multi-year lows, apparently not racy enough for the marginal buyer.

That entire litany describing the untamed animal spirits coursing through Wall Street says both that this is a powerful and well-sponsored bull market and that risks of a wild overshoot are building. Then again, everyone is aware they are building and have been sounding alarms for a while.

Does the fact that subsectors of Reddit stocks and faddish green-energy plays get overblown and then punctured without undermining the big-cap indexes say they aren’t dangerous? Or is the fact that a few days of headlong buying in small short-squeeze stocks late last month triggered a quick 4% S&P 500 spill a warning that the erratic tremors can’t always be safely dissipated through the market’s foundation?

A year ago, Bank of America global strategist Michael Hartnett was telling investors to keep playing risk assets “until investors grow more clearly ‘euphoric,’ which he expects will mark the moment of ‘peak positioning and peak liquidity.'” Hartnett is holding that same vigil now, his Bull & Bear Indicator correctly keeping investors involved but inching up to a contrarian Sell threshold (which has preceded corrections in the past and was last hit in early 2018).

All of this goes back to the thought aired here in early January that 2021 presents as a novel blend of 2010 and 1999 – the first full year of a new bull market riding long-acting recovery forces, blended with the final year of a powerful bull market that blasted through every upside target and created levels of excess that took a couple years to work off.

Interestingly, though, the core of the market captured by the S&P 500 is metabolizing this mixture with a rather steady and well-behaved – one might even say boring – uptrend. At least for now.

Starting next week, Mike Santoli’s columns will only be available on CNBC Pro. 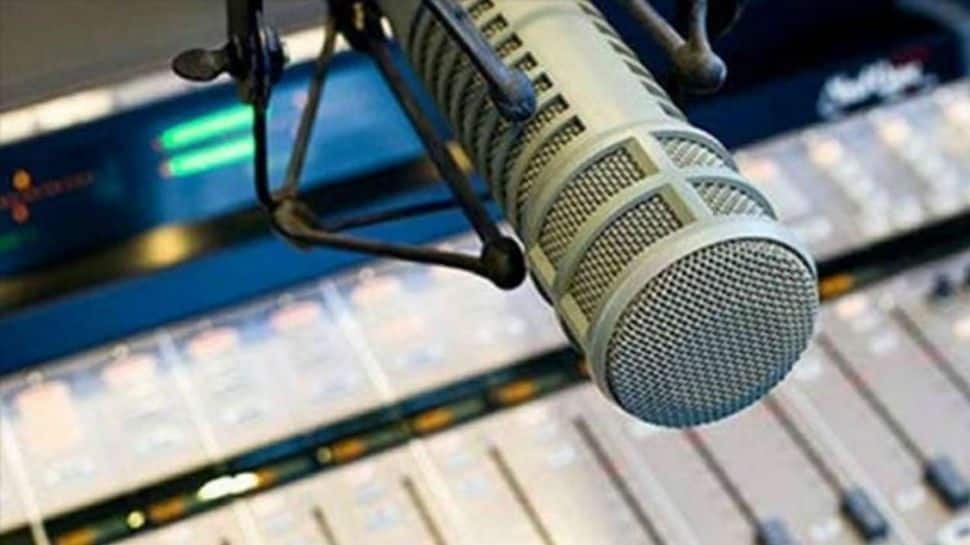 World Radio Day 2021: Know its significance, this year’s theme and other interesting facts