Hospitals are going through dejavu as COVID cases rise

Many health care workers say this time is unlike any other because there watching people suffer while there’s a vaccine available. Furthermore, over the past three weeks covid hospitalizations have doubled across the country.

Arkansas on Tuesday ran out of intensive care unit beds for COVID-19 patients for the first time since the coronavirus pandemic began, Gov. Asa Hutchinson announced, as a surge in cases continued overwhelming hospitals in the state.

The state’s ICU capacity for COVID patients barely eased hours after Hutchinson’s announcement, with only one hospital in southeast Arkansas showing availability, according to the state’s system for coordinating coronavirus patients. Virus patients make up about half of the state’s ICU beds. The number of virus patients in ICUs and on ventilators reached a new high in the state on Monday.

“Everyone should know the strain this puts on our hospitals and the need to get our vaccinations and how critical our bed space is,” Hutchinson told reporters at a news conference.

Hutchinson said hospitals in the state were working to open more ICU beds for virus patients. Arkansas Department of Health Chief of Staff Renee Mallory said one hospital planned to open additional beds later Tuesday and possibly later in the week. The Department of Health on Tuesday said the state’s total available ICU beds dropped by four to 18.

Arkansas Gov. Asa Hutchinson stands next to a chart displaying COVID-19 hospitalization data as he speaks at a news conference at the state Capitol in Little Rock, Ark. in this file photo. (AP Photo/Andrew DeMillo)

“For us, it is much more difficult to coordinate these transfer requests,” said Jeff Tabor, program manager for Arkansas COVIDComm, the state’s system for matching COVID-19 patients with hospitals. “The patients during the summer surge are so much sicker than during the winter surge.”

Arkansas ranks fifth in the country for new cases per capita, according to figures compiled by Johns Hopkins University researchers. Arkansas has one of the lowest vaccination rates in the country, with 40% of the state’s population fully vaccinated.

The state on Tuesday reported more than 2,200 new virus cases and 45 new COVID-19 deaths. The state reported 10,950 additional doses of the vaccine have been given. The number of COVID-19 patients overall in the state dropped by 44 to 1,367.

“The more beds we open up, the more they’re going to get filled,” Romero told reporters.

In a report issued earlier Tuesday, public health researchers forecast that the state’s death toll from COVID-19 will exceed 7,000 by Aug. 30. Arkansas on Tuesday reported 6,749 people have died from the virus since the pandemic began.

“If this forecast holds true, COVID-19 will have killed more Arkansans than all the wars in the 20th and 21st centuries,” the forecast by the University of Arkansas for Medical Sciences Fay W. Boozman College of Public Health said.

The researchers’ forecast also predicted the number of children hospitalized due to COVID-19 will increase by 20% through Aug. 30 and 34% through Sept. 14.

“Hospitalizations and patients requiring intensive cases have reached record numbers and put our hospital system in a precarious position,” the report said. The report’s cover featured a photo of a forest fire, a reference to how UAMS researchers have described the state’s surge in cases and hospitalizations.

The state Health Department on Tuesday also issued an advisory warning people to not use livestock medicine to try and treat COVID-19. The advisory follows an uptick in calls to the Arkansas Poison Control Center about people taking ivermectin intended for animal or livestock use.

The U.S. Food and Drug Administration has approved ivermectin in both people and animals for some parasitic worms and for head lice and skin conditions. It has not approved its use in treating or preventing COVID-19 in humans. Some Arkansas Republican lawmakers have touted the drug as a potential treatment for COVID-19.

The advisory warns that the veterinary formulation of the drug can be highly toxic in humans. Some symptoms associated with ivermectin toxicity are rash, nausea, vomiting, abdominal pain, neurological disorders, and potentially severe hepatitis requiring hospitalization.

Mississippi’s health department this week issued a similar warning about ivermectin’s use.

The lawsuit against the Cabot School District argues the local school board did not have the authority to impose the requirement. A similar lawsuit was filed against a northwest Arkansas school district last week.

More than 100 public school districts and charter schools have approved mask requirements after a judge issued a preliminary injunction against the state law banning mask mandates by government entities. The requirements cover more than half of the state’s public school students.

She Wouldn’t Teach Without Being Able to Require Masks. So She Was Fired. 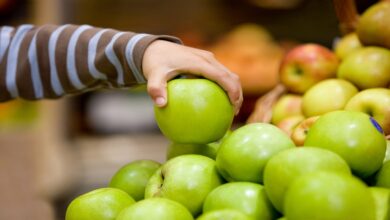 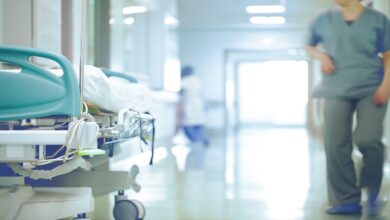 US hospitals not ‘adequately’ prepared for next pandemic, study finds 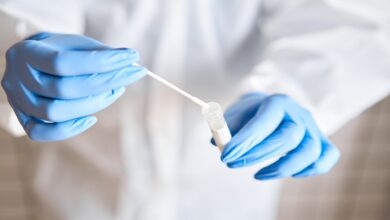 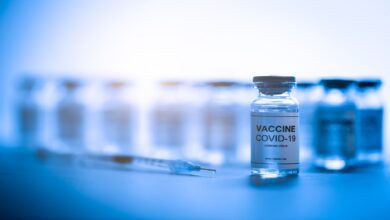 COVID-19: 90% of population may need to be vaccinated to end pandemic