Time for a fresh start. Elizabeth Chambers is cleansing her spirit — and her home — in the wake of estranged husband Armie Hammer‘s alleged DM scandal.

“Still my Zoom sitch,” the Bird Bakery owner, 38, wrote via her Instagram Story on Tuesday, February 2, showing off her office, where she was burning a candle next to three sage plants. “Also how much sage is too much sage? Asking for a friend [obviously].”

Chambers and the Social Network star, 34, announced in June 2020 that they were going their separate ways after 10 years of marriage. The estranged pair share two children: daughter Harper, 6, and son Ford, 4. Six months after the duo called it quits, Hammer made headlines when messages he allegedly sent to several women surfaced on social media. The screenshots shared online, which have yet to be verified, detailed graphic sexual fantasies ranging from rape to cannibalism.

In January, the Rebecca actor slammed the “bulls–t” claims about him and brushed them off as “vicious and spurious online attacks.” Weeks later, Chambers addressed the situation in a lengthy Instagram statement, declaring her support for “any victim of assault or abuse” who has shared their story.

“For weeks, I’ve been trying to process everything that has transpired. I am shocked, heartbroken, and devastated,” she wrote on Monday, February 1. “Heartbreak aside, I am listening, and will continue to listen and educate myself on these delicate matters. I didn’t realize how much I didn’t know.”

The Today show personality noted that while she “will not be commenting further,” she encouraged “anyone who has experienced this pain to seek the help she or he needs to heal.”

Chambers concluded: “My sole focus and attention will continue to be on our children, on my work and on healing during this incredibly difficult time. Thank you for all of the love and support, and thank you in advance for your continued kindness, respect, and consideration for our children and me as we find ways to move forward. 🤍 EC.”

Before making her statement, the Texas native raised eyebrows when she reacted to news that Hammer’s Call Me By Your Name costar Timothée Chalamet and director Luca Guadagnino are reportedly teaming up for a movie titled Bones & All, which follows a cannibalistic character. “No words,” she commented via Instagram in January.

The Lone Ranger star, for his part, recently stepped down from Paramount+’s upcoming The Godfather series, The Offer, and dropped out of the Jennifer Lopez-led rom-com Shotgun Wedding. As rumors about his personal life continue to surface, Hammer’s lawyer denied disturbing claims made by Paige Lorenze about her relationship with the actor, which she described as “a real-life 50 Shades of Grey without the love” in an interview with The Daily Mail.

“These assertions about Mr. Hammer are patently untrue. Any interactions with this person, or any partner of his, were completely consensual in that they were fully discussed, agreed upon, and mutually participatory,” Hammer’s attorney told Us Weekly in a statement in January. “The stories being perpetuated in the media are a misguided attempt to present a one-sided narrative with the goal of tarnishing Mr. Hammer’s reputation, and communications from the individuals involved prove that.” 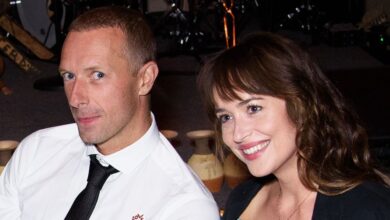 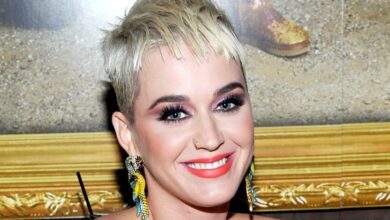 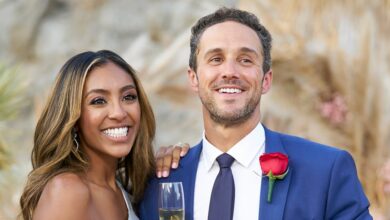 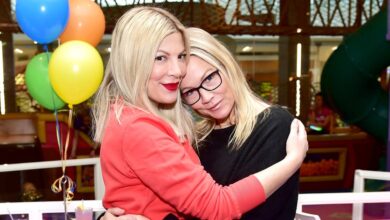