For any number of reasons, it’s incredible that this particular USC basketball team is the one that is off to the best start in Pac-12 play of Andy Enfield’s now eight-year tenure with the program.

Sure, there’s Evan Mobley, the 7-foot phenom and projected lottery pick in the NBA draft, but consider the rest of the picture.

Older brother Isaiah Mobley, who averaged 6.2 points and 5.3 rebounds last year and was still very much a developing player entering this season, was the top returning contributor on the roster. Ethan Anderson, the only true point guard on the team, missed six weeks with a back injury. Tahj Eaddy transferred in from Santa Clara after seeing his role there scaled back last season. Drew Peterson transferred in from Rice. Isaiah White, now a fixture in the starting lineup, came from Utah Valley. Chevez Goodwin arrived from Wofford. And that motley group then went through the most unusual and disruptive preseason imaginable due to the pandemic.

But they just keep winning. The No. 20-ranked Trojans coasted to another victory Thursday night, 69-54 at Washington, to improve to 16-3 overall and 10-2 in the conference, now moving a full game ahead of second-place UCLA, which lost again later in the evening.

Enfield’s teams have finished better than fifth in the conference standings only twice in seven years — a tie for third last season and a second-place finish in 2017-18, but that team was 8-4 through its first 12 conference games.

So, Enfield was asked after the win in Seattle, what is the ingredient that has set this team apart?

“Defensively, we’re very good. I think you saw that midway through the first half into the second half. We challenged every shot, made them shoot a low percentage, and then we dominated the paint on offense. I think this team starts at the defensive end,” he said. “I think you also see we’re very streaky offensively, our perimeter shooting is streaky, sometimes our playmaking. But somehow two or three or four guys step up every night, and usually it’s different. We know Evan is Evan — he’s our most talented offensive player, he’s our leading scorer and there’s a reason he’s our leading scorer. He our most talented offensive player and Tahj Eaddy’s second. They’ve been very solid all year tying to get into double figures every night, and every other game it seems like two or three other guys [heat up] and it’s different every game.

“Tonight it was Chevez Goodwin off the bench, who just played outstanding basketball. Isaiah White played great, especially at the end of the first half into the second, and I thought it was a team effort.”

Indeed. Evan Mobley was special yet again with 17 points (on 8 of 11 shooting, including a couple alley-oop finishes), 7 rebounds and 3 blocks. Isaiah Mobley had 12 points and 12 rebounds, including 7 offensive boards. Goodwin score 11 points in 15 minutes off the bench, Eaddy chipped in 10 and White had 9 points and 6 boards.

And like Enfield highlighted, the defense did its part, holding Washington (3-15, 2-11) to just 34.8 shooting in the second half and 40.7 for the game while the Trojans finished with a 41-24 rebounding advantage.

Enfield admits he didn’t necessarily know what to expect from this team of mixed parts assembled on the fly with no summer workouts and an unusual buildup to the season. So he started simple.

“You never know. It was such a new team, so many new players, we weren’t really sure. So that’s why the first day of training camp we made the focus defense, just like we did last year,” he said. “We’re more talented offensively this year, we have better perimeter playmaking and shooting this year than we did last year, so we can score more points — I think we’re second in the league in scoring — but we tried to match last year. We were really good defensively — we tried to match that intensity and that was our focus from day one of training camp.”

USC entered the night 37th nationally in scoring defense (out of 340 Division I teams) at 63.7 points per game allowed — a number that improved further with this performance.

Ultimately, as evidenced by the rebounding stats, the Trojans’ size and length was too much of an obstacle for the Huskies. But the game was really decided in the final 5-plus minutes of the first half.

USC was down 4 and had just subbed back in Evan Mobley, White and Peterson about a minute earlier to close out the half.

The pivotal run started with White hitting one of two free throws after the older Mobley had secured an offensive rebound to extend the possession and the younger Mobley hit a slashing White with a perfect pass across the paint.

On the next possession, Isaiah Mobley again grabbed an offensive board, and Eaddy followed with a soft floater. After another Washington miss, Eaddy struck again on a drive and toss-in while drawing the foul and hitting the free throw.

A few possessions later, with the Huskies remaining silent on the offensive end, Evan Mobley hit a short jumper off the glass, and then next time down court fed his older brother for a thunderous one-handed dunk over 7-foot-4 Riley Sorn to give USC a 33-27 lead.

It was one of the moments fans will remember the most, but Enfield said afterward he couldn’t remember that play from the others in the sequence.

“I tell you what, once I look at it tonight with a glass of wine in my hands I might jump off the couch when I see it,” he joked.

The Trojans weren’t done, though. White poked away a steal and walked the tightrope on the sideline to stay in bounds before finishing for two more points on the other end. And after Washington finally got some points on a Quade Green jumper, USC immediately followed with more of their own on a pair of Peterson free throws, an Evan Mobley alley-oop finish and a fast-break finish by White to cap the 18-2 run.

A late jumper from Green cut the lead to 41-31 going into halftime.

“Our starters came back in the game and played like they wanted to take the lead at halftime. They played with great energy … they just locked down defensively and took great shots on the other end. I thought that was a very, very impressive 7-minute stretch for our starters,” Enfield said.

The game never got closer than 9 points the rest of the way, as USC did a better job on Green, who hit 7 of 9 shots for 14 points in the first half but just 1 of 6 shots for 2 points after halftime.

“He was on fire the first half. Quade Green is exceptional offensive player. He’s quick, he can shoot, he’s very crafty. So we just tried to force him to our bigs in the lane, and we just did a better job of not going for his shot fakes,” Enfield said. “… I thought I was watching Damian Lillard out there for a few minutes, and Damian Lillard is very much like Quade Green with that speed, that quickness, that shot-making. And thankfully in the second half I thought we did a much better job of just making it harder on him, using our size and length.”

Speaking of that length, this was Isaiah Mobley’s fifth double-double of the season and his second-best rebounding total. Though he has now notched double-digit rebounds eight times.

“Isaiah played a great game. I was really proud of him — his offensive rebounding, his toughness inside — and he’s becoming one of the best big men defenders in our league,” Enfield said.

Meanwhile, Goodwin’s 11 points off the bench tied for his second-most of the season.

“It’s nice to have a true low post player who can score with his back to the basket like Chevez can. He can score with either hand, he’s very physical, gives you great energy and he can switch ball screens, can move his feet, he’s quick laterally and is very tough. He’s an energetic, very tough young man and he played very well tonight,” Enfield said. “It’s been huge for us all season, because when you go to your bench you need sometimes to be uplifted with energy and he’s provided that on a nightly basis.” 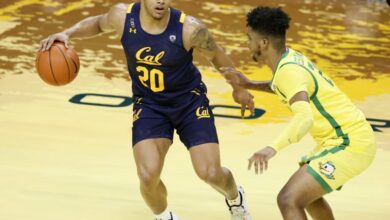 Cal MBB closes out regular season at home against Oregon 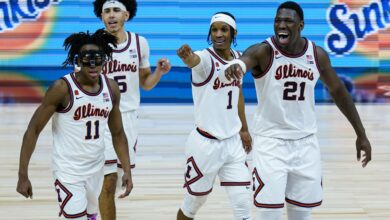 Which lines have already moved? 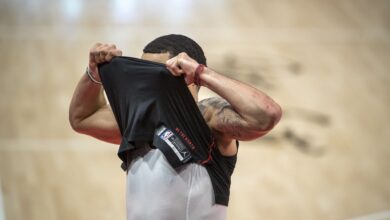 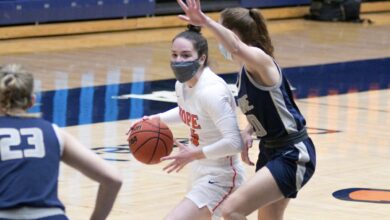