Over the last year and a half, where people were more distant from each other than ever, virtual reality took on different meaning. VR has potential for the future, too, but at the moment it remains a fascinating outlier in most people’s tech lives. It isn’t a must-have social gathering spot or workplace yet. But: It’s become a great place for games. The Oculus Quest 2 has become an excellent home VR console go-to, and it’s one of my favorite places to play games. But VR is also still in flux, the technology ever-evolving. So, too, are the philosophies of the companies that make the headsets.

Right now, VR tech might be in a bit of a lull, which means it’s probably a safe time to buy. There is an Oculus Quest Pro in the works, and a PlayStation VR 2, but neither should be arriving this year.

VR games are better than ever: from Valve’s VR masterpiece Half-Life: Alyx to Star Wars: Squadrons and lots more on PCs, and plenty of Oculus Quest and PlayStation VR games, too. But you still have to decide whether you want a headset that plugs into your PC or console, or choose a standalone option like the Quest (which can double as a PC headset, too).

More changes will come. Companies such as Qualcomm (which makes the chips inside most self-contained VR headsets, including the new Quest 2) are building new chips that point to a wave of better stand-alone headsets at lower prices — including ones that plug into your phone. The more expensive and business-targeted Vive Focus 3 shows where more premium standalone VR headsets could evolve.

Meanwhile, the mobile VR headset and phone-based VR headset — like the Samsung Gear VR and Google Daydream — is basically dead. A good number of the current iPhone, Android and VR app options don’t even work with the old mobile VR goggles. If smartphone-based VR comes back, it’ll more likely be in the form of small headsets that plug into phones via USB-C for VR content, VR gaming and other uses.

If you’re a PC gamer, a solid gaming PC-connected VR headset offers the most versatile collection of software for an immersive VR experience and lets you use that headset for creative and business tools. Note that a more powerful VR system will still be largely tethered to a desktop or laptop and a PC VR headset may require external sensors, so they may not be the best option for everyone.

And what about console gaming? The aging PlayStation VR is still fun if it’s on sale and you have a PS4, mainly because there are loads more great games for this device than you’d think. But keep in mind that the PlayStation 5, while it works with PSVR, needs the older PS4 controller and PS4 camera in order to work. You might want to wait for the next-gen PSVR 2 (which won’t be here this year).

Augmented reality headsets and mixed-reality headsets aren’t ready for everyday use yet, so a solid VR headset is your best bet for escaping to other worlds in the meantime. Read on to figure out which is best for you. We update this periodically, but note that prices are subject to change.

At $300 with nothing else needed, the Oculus Quest 2 delivers virtual reality games and an immersive VR experience anywhere. It’s faster, smaller, cheaper and more comfortable to wear than the original Quest, but you have to log in to Facebook in order to use it.

The Quest 2 reminds me of the Nintendo Switch for its versatility and fun, plus it takes mere seconds to start up and fits really well over glasses. The standalone VR headset has self-contained motion tracking and a full-motion six degrees of freedom (aka 6DoF) VR controller that is the same as the ones on the PC-required Oculus Rift, plus a surprisingly great high-resolution display and built-in speakers. Apps are downloaded right to the standalone headset’s onboard storage. Its more limited mobile processor still plays games such as Beat Saber, Moss and SuperHot VR extremely well, and it can even connect with a PC if you want to, using a single USB-C cable.

Facebook is making the Quest 2 its one VR headset going forward, discontinuing its own PC VR headset, the Oculus Rift S, next spring. The Quest 2 is the best option over a Rift for this reason right now, but also keep in mind that PC VR users have lots of other headset options.

If you’re looking for the best image quality in consumer VR, HP’s newest VR headset wins. For serious gamers (or VR racing sim fans), this may be your best choice. The 2,160×2,160-per-eye resolution and 114-degree field of view are the best at this price range, and the lightweight, comfy headset also has fantastic drop-down speakers designed by Valve. It’s technically a Microsoft Windows Mixed Reality headset that prefers to launch into Microsoft’s native Windows 10 VR ecosystem, but it bridges with Steam VR and works with those games and apps, too. Built-in camera-based room tracking is easier to set up than the Valve Index’s external base stations, but is more prone to tracking errors. The included controllers, based on Microsoft’s VR controller design, feel clunkier than either the Oculus Touch controllers or Valve Index controllers. Also, the over-ear speakers are your only audio choice: there’s no headphone jack.

The Reverb G2, reviewed as a sim racing peripheral.

Valve’s headset might be the most interesting PC virtual reality experience this year, just for its fancy new controllers. Valve’s “knuckle” controllers are pressure-sensitive and can track all five fingers, making them almost like gloves. Not many apps make the most of them yet, but Valve’s hardware is mix-and-match compatible with the HTC Vive, which also is built on the Steam VR platform. The Index headset has excellent audio and a really sharp, wide field-of-view display.

The Index uses external “lighthouse” boxes, meaning you need to set those up in a room first. It’s not as self-contained as Oculus’ Rift S, which can track the room with in-headset cameras, or the HTC Vive Cosmos. It’s also definitely not wireless, but if you already have some Vive hardware, you could add on parts of the Index to mix and match.

Good: Plenty of games; lower price; works with many PS4 controllers like the DualShock and Move.

Bad: Resolution isn’t cutting-edge; Sony hasn’t yet made great VR controllers that match the competition, but a new version may be coming next year.

Sony’s years-old PSVR headset is still the only head-mounted display for gaming consoles and its screen still offers a surprisingly immersive experience. Even better, it’s often on sale for as low as $200, sometimes with games thrown in, too. But Sony’s confirmed it’s working on a next-gen PSVR headset for the PS5 (with a new set of controllers) that could be coming in 2022, if you want to wait. In the meantime, Sony has delivered (and continues to deliver) many excellent virtual reality games, many of them exclusives. All you need is the PSVR and a PlayStation 4 and you can start playing. (A few good games to start with are listed here.) This VR system is showing its age, though, compared to the alternatives. And, the new PS5, while it’ll work with the old PSVR, will need your old PS4 controllers and camera, plus a camera adapter, to work.

Oculus Quest 2 is better and cheaper… with one Facebook…

Teach Your Dog To Ride an Elevator – Dogster

PS5 restock update: How to buy a PlayStation 5 at GameStop, Walmart and other major retailers 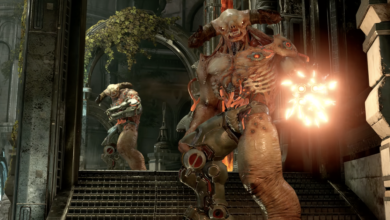 Doom Eternal upgrade for PS5 has one glaring issue 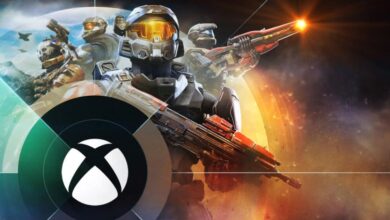 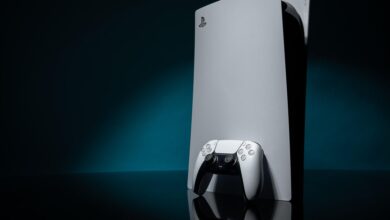