Efforts to capture some of that science and turn it into actionable data are growing. Over the past few years, for-profit services like Moody’s ESG Solutions and Archipelago and nonprofit research groups like First Street Foundation and Rhodium have evolved to quantify the physical risk of an asset. For projects in the United States, they can often provide granular, property-level data; for example, a project on high ground will be rated as lower risk, even if there’s a stream on the property.

But the field lacks established standards. The data analytics firms use different maps, scenarios and methodologies; some take into account building types and infrastructure, while others are more basic, making assessments difficult to compare.

And that’s just physical risk. Investors are also mindful of “transition risk,” which includes changes to the policy and regulatory environment. For example, if Charleston’s leaders amend the zoning code to ban building at the lowest elevations, land values in the city could radically shift. Similarly, a sea wall would be paid for in part by increased property taxes. Both options could affect the city’s attractiveness to investors. But most of the existing climate models do not comprehensively address potential changes like these.

Wary investors are also peppering developers with questions about resilience strategies. “We ask, ‘Have you mitigated this risk?’” said Helen Gurfel, head of global sustainability and innovation at CBRE Investment Management. “We look at every single detail.”

Some developers have capitalized on that growing interest. In Charleston, for instance, Adam Monroe said his company, Middle Street Partners, had focused on flood mitigation in the past few years. The group is working on two developments in the region, and both include important features to manage storm water and ensure that operations can continue in case of flooding.

Michael Maher, chief executive of the WestEdge Foundation, which is behind a redevelopment project in one of the most vulnerable parts of Charleston’s peninsula, is also taking mitigation seriously. The complex, which abuts the Ashley River, has been built with a robust drainage system and roads that are elevated several feet above grade, allowing them to act like protective embankments.

Investors combine the mitigation information from developers with data from climate modeling software to create a comprehensive sense of a project’s risk, and then decide whether to move forward. But some struggle to align competing results from different assessments.

U. of Maryland-Baltimore County Names New President; New Provost at U. of Michigan at Ann Arbor 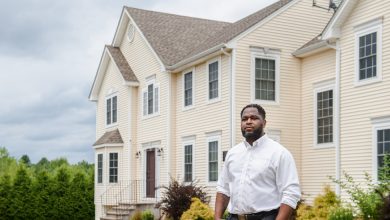 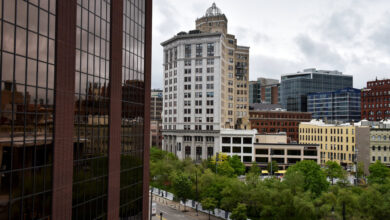 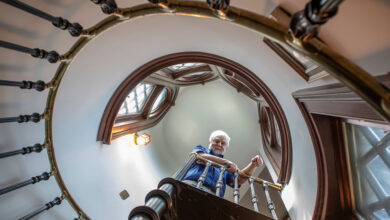 The Owner of The Mysterious Bookshop Built His Dream House