What’s in an insect name? If that name happens to be “murder hornet” or “gypsy moth,” the moniker happens to be loaded with misinformation and / or prejudice. That’s why the Entomological Society of America (ESA) has axed both names — and more changes are likely on the way.

The ESA has a project called Better Common Names that aims to put an end to insect names that might be harmful to people. This year, the group announced that it adopted the name “northern giant hornet,” refusing to accept popular colloquial titles for the invasive insect. It also changed “gypsy moth” to “spongy moth.” They’re also on the lookout for other names that need changing. Just about anybody can fill out a form, and the ESA will consider the proposal along with other requests to name and rename critters. The society’s new policies, for example, don’t allow for common names that reference racial or ethnic groups.

The effort is part of a broader movement to grapple with racism and other systemic oppressions within science. English bird names are under scrutiny, too, by the American Ornithological Society. As many as 150 birds have been named for people with ties to slavery and white supremacy.

The moniker is loaded with misinformation or prejudice

The Verge spoke with Marianne Alleyne, ESA president and an assistant professor of entomology at the University of Illinois at Urbana-Champaign, about the changes underway.

First of all, what are common names, and why do we have them for insects?

So scientists, we usually use scientific names — Latin names that are usually in two parts, like how humans are Homo sapiens. But that doesn’t really help when we are talking to the general public or talking to the people that are most affected by these insects. Then we use common names to help with the conversation.

I think we only have 2,000 insects that have a common name, and there are millions of insects. It’s usually just the ones that we talk about a lot that have common names. Usually, they’re the problem-makers or the ones that are beneficial.

The Entomological Society of America, for many decades now, has been the institution that determines what common name we are going to use for specific species, just to make sure that we’re talking about the same thing when we are talking to the general public or the media or things like that.

How do insects get their common name?

Somebody or a community approaches us and puts in a suggestion for a common name for a certain insect. Usually, it is scientists or maybe people who work with farmers. They might say, “You know, it would make our life a lot easier if we had a common name that everybody agreed on.” And then they make that suggestion.

There’s a committee that gets these requests, and then they will study those, and there are certain criteria that we follow. And then we will say yes, we accept this common name, or we don’t. Every year, they have a couple of meetings, and they discuss new proposals for common names. Lately, they have been busy with also looking back and seeing where there might be some problematic names.

What are the concerns with some of the common names we have today?

So how did the Better Common Names project get started?

It started maybe 10 years ago that ESA really looked into itself, like how are we actually contributing to some of the problems that we’re seeing? How common is sexual harassment or exclusion based on gender within our society? And so we have a whole new code of conduct, for instance. In 2020, it came to a head. Because of the whole movement following the George Floyd murder and so on, this all went into high gear, and one of the things was the Better Common Names Project. Our members may be suffering from how we name insects, and so yeah, we wanted to change that.

And then, on top of that, the emergence of what we now call the northern giant hornet also was right around that time. All of a sudden, there’s this hornet becoming a problem in Washington state, and we’re calling it “murder hornet” or “Asian hornet.” That kind of felt like enough is enough. We need to come up with better rules for common names.

Why was it important to drop “murder” from the hornet’s name?

To avoid stoking fear, which is, you know, the murder part. It created so much hysteria that people as far away as Pennsylvania would send in any kind of wasp to be identified because they were afraid that it was that hornet. It is also a misnomer. The hornet doesn’t really attack humans. It probably wouldn’t kill you. But it is terrible for honeybees — like it will invade honeybee colonies and kill all the honeybees. That’s why it’s called murderous. But anyway, you know, if you talk to the general public, that is not a good name to use.

Then people started to call it the “Asian giant hornet.” Why was that name concerning?

Because it can contribute to anti-Asian sentiment or anti-Pacific Islander sentiment or anti-Asian American sentiment — even if it is unintentional. It is a real problem that we see rising discrimination against these groups and hate crimes, and so we want to avoid contributing to that, if some insect that people see as very scary and dangerous would be equated to a whole group of people. We’d rather not use any geographic designation in the common name.

What do you hope changing problematic names accomplishes?

That at least we’re not contributing to these problems of discrimination or distrust against a whole people. And that in the future, we can do better than we have in the past.

It’s really important to actually get federal agencies and state agencies on board, when they say, “We want our employees to use this name and stop using the other name.” We’ve been pleasantly surprised with how supportive these agencies have been.

Do you have a favorite common name for an insect?

My favorite common name is the handsome fungus beetle. I just wonder why it’s so handsome. Looks like a regular beetle to me, but somebody thought they were handsome. 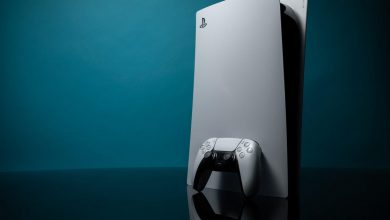 PS Plus vs. PS Now: Big Changes Coming in June to These PlayStation Services 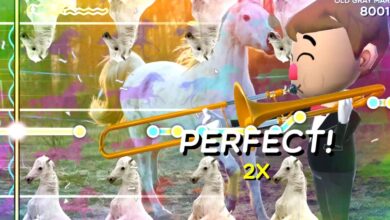 Trombone Champ: What to Know About This Silly Rhythm Game 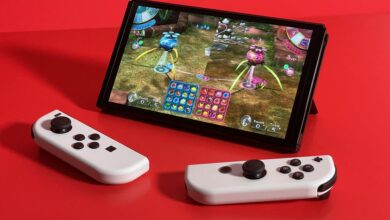 Switch Cloud Streaming: How to play Guardians of the Galaxy, Control and more 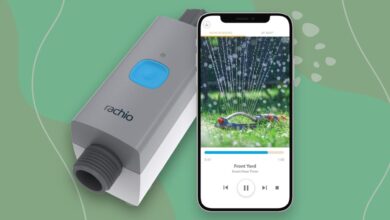