Fantasian, the new mobile RPG from Final Fantasy creator Hironobu Sakaguchi and Mistwalker — and one of Apple Arcade’s most anticipated games — is almost here. After being teased at the gaming service’s release in 2019, fans have eagerly awaited news on a potential release. Not ones to disappoint, Sakaguchi and Mistwalker have been consistently dropping updates on social media, and say the game is coming “soon.”

Sakaguchi spoke with CNET through a translator on Monday about Fantasian and what players can expect from the new game three years in the making, and its connection to the Final Fantasy franchise.

Fantasian’s story focuses on young protagonist Leo, who’s searching across multiple dimensions to find his missing father. Leo’s lost his memory after an explosion at a hybrid magic-tech factory. After waking up in a world dominated by machines, he has only one clue — a repeating vision of a young woman. When Leo arrives in En, a dusty frontier town, he meets Kina — the woman from his dream.

The pair set off on a quest to reclaim Leo’s memories and discover their destinies. As Leo’s past is revealed along with other mysteries in the multi-dimensional adventure, the balance of chaos and order becomes harder to maintain.

When players lead Leo and his newfound companions through Fantasian’s multiple realms, they’ll be exploring over 150 handcrafted dioramas built by artisans in the Japanese special effects industry, who had a hand in projects like the Godzilla films, Attack on Titan and Ultraman. The worlds are ripe for players to explore, admire subtle details and search for Easter eggs.

In addition to the handcrafted dioramas, Sakaguchi’s team paid close attention to how the game would be played. Sakaguchi said that the first half of Fantasian is more narrative-driven, while the second half takes on a more traditional quest experience. As the player progresses through the game, they’ll notice that even the supporting characters have their own heritage, personal quests and even emotional baggage.

Fantasian also polishes the classic Japanese RPG genre with its gameplay mechanics. Mistwalker used a “novel” approach to tell the story: As players collect various memories, journal entries, and notes, the story unfolds as “miniature in-game novels” with unique artwork, music and sound effects for a more immersive experience. Players can also use a feature called the “Dimengeon Battle” mechanic to send previously-encountered enemies to another dimension to fight later.

Back to the beginning

A few years ago, Sakaguchi was playing Final Fantasy VI with some old colleagues when the idea for Fantasian was born. Sakaguchi said it was like returning to his roots.

“It really reminded me how much I love this classic RPG game genre,” Sakaguchi said. “And even from the Final Fantasy days, we’ve carried on this spirit of innovation and pushing the boundaries in terms of the status quo.”

The technological advancements since Final Fantasy VI alongside the art form of the dioramas made for a new and different experience in making Fantasian, Sakaguchi said.

Japanese composer Nobuo Uematsu — who scored the Final Fantasy series and has worked with Sakaguchi for over 35 years — composed 60 tracks specifically for Fantasian. Uematsu has also worked on other Mistwalker games like Lost Odyssey and Blue Dragon.

“I’ve had some of my colleagues test-play this and asked for their impressions,” Sakaguchi said. “They’ve told me that playing Fantasian somehow felt nostalgic. I guess that nostalgia is in a way what links Fantasian to its Final Fantasy heritage.”

Fantasian blends physical environments with striking detail alongside 3D characters. Each diorama was specially lit, photographed and 3D scanned before the 3D models were superimposed on top. This adds a new element when it comes to gameplay.

“I think the dioramas have an interesting synergy with the Apple Arcade platform,” Sakaguchi said. “Most of the devices I imagine [that people play on] are iPads or iPhones. Because those are mediums were you tap the screen with your hand, there’s a touch-based interface. The dioramas, which are also handcrafted, have that human touch. Through the glass — the medium — you’re touching these elements that the artisans created by hand.”

Sakaguchi said the game’s visual expression has a unique charm and warmth because of the handcrafted environments. With more traditional CG games, it’s more about copying and pasting, he added.

“You could copy and paste a bunch of trees and make a forest,” Sakaguchi said. “Dioramas are an interesting meld of two different worlds where you’re recreating these natural elements that exist in our real world, but by human hand. It gives it a very unique kind of ‘unbalance,’ which, to me, lends itself to being an interesting environment design for this game.”

In the time of the pandemic, video games have been a means to cope and escape from stress for many. With Fantasian, Sakaguchi hopes to add something extra — connection and warmth. When something is created by hand, he said, it has a certain touch and feel that creates a connection between the person who made it and the person who uses it.

“Take music for example,” he added. “With advancements and technology, there are so many amazing synthesizers and sampling libraries that you can use to create entire orchestras. That doesn’t compare to when someone plays the string of a violin. I think the same could be said of video games.”

During these uncertain times when physical human touch is lost for many, Sakaguchi said he hopes Fantasian can help players see the world a bit differently.

“I think there’s a sense of excitement that we can all share and get from that,” Sakaguchi said of Fantasian and the characters’ journeys. “What I hope the audience feels as they step into the world of Fantasian is that, ‘I’m so glad I spent time in this world.’ That’s the emotion I would love to draw out as they transport themselves to another world.”

Fantasian will arrive on Apple Arcade at some point in 2021. It has not yet been announced if it will be available on other platforms as well.

With the release of Apple Arcade, Apple entered the mobile gaming world more than a year ago. The subscription gaming service costs $5 a month and lets you play more than 145 new and exclusive games across the iPhone, iPad, Mac, iPod Touch and Apple TV.

The Michigan Wolverines' 2022 football recruiting class is off to an impressive start. 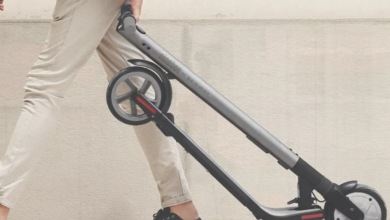 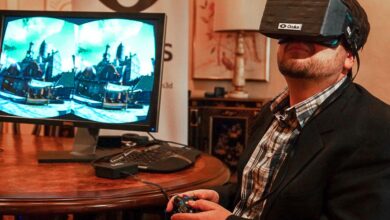 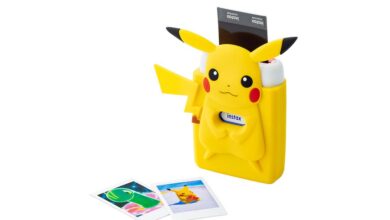