“It was time for us to move farther away, into that suburban environment,” Mr. Abbatiello said.

On his first day of looking for luxury apartments outside West New York, he found a listing he liked enough to check out in person: a 1,308-square-foot, two-bedroom, two-bathroom apartment with a private balcony, parking for two cars and an on-site storage unit for $2,915 a month at a new development called Central and Oak, in East Rutherford, the Bergen County borough where MetLife Stadium is.

“I was so intrigued by the listing photos, I said to Allison, ‘I’m going to go take a look,’” Mr. Abbatiello said. “I only knew of the stadium and industrial areas. I wanted to make sure it was in a residential neighborhood with stores and bus stops nearby.”

He found an “extremely residential” neighborhood a mile from the Rutherford train station, and discovered that not only were there plenty of public buses, but the development provided a shuttle to the station. “There were two townhouse-condo communities nearby and lots of blocks of single-family houses,” he said. “Grocery stores were very close, and there was a park within walking distance.”

The couple moved in on July 1, a month after the Sterling Properties development opened, paying $2,990 a month (including a $25 monthly pet fee and an annual $600 amenity fee).

The setup has been ideal for working from home: Ms. O’Reilly works in one bedroom, and Mr. Abbatiello in the other. The closets are copious, and the kitchen doesn’t feel cramped when they’re both in it at the same time, unlike the one in their last apartment.

“It’s been a lot easier to cook and use all our appliances with the extra counter space,” Ms. O’Reilly said. “I was very attached to our last apartment, but I’m thankful we made the move we did. We have the space to be in our home 24/7.”

When they eventually return to a daily commute, the trip into Manhattan will be comparable to the one from West New York, because the train is faster than Lincoln Tunnel traffic. The train tracks running past their windows — one of the things they particularly like about their new home — also make for more pleasant background noise than the Lincoln Tunnel did. 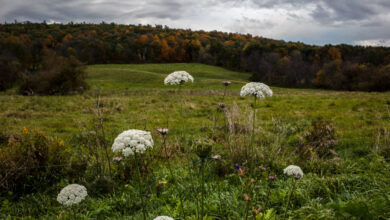 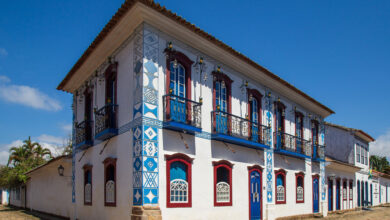 House Hunting in Brazil: A 19th-Century House on the Coast 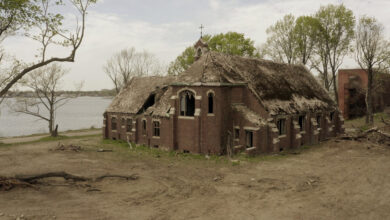