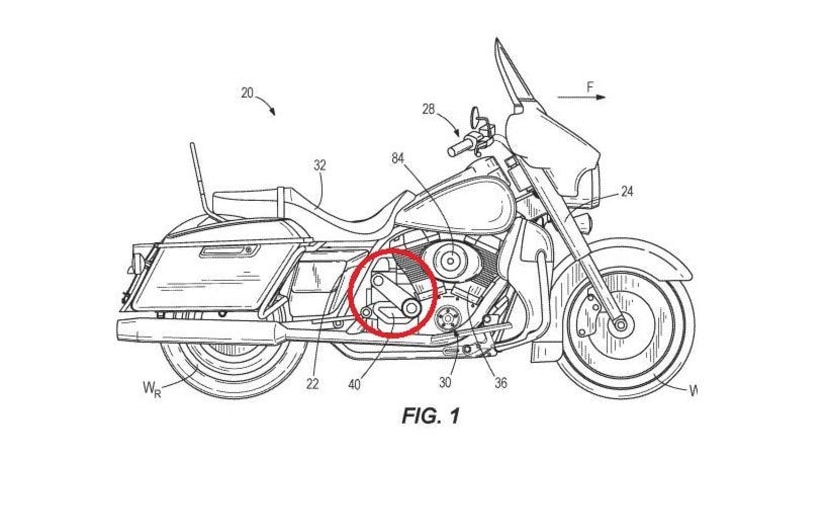 Harley-Davidson seems to be working on forced induction for its future v-twin engines as latest patent applications show. The patent filings show a supercharged engine with a belt-driven supercharger located above the gearbox and just behind the rear cylinder of the v-twin. The supercharger is driven from a belt off the crank. When air enters the intake system through the filter, the pulley-driven supercharger compresses the incoming air before delivering it to the combustion chamber through the intake manifold. But there’s also a self-tensioning system of the belt, which uses a small spring that automatically adjusts the belt’s tension. 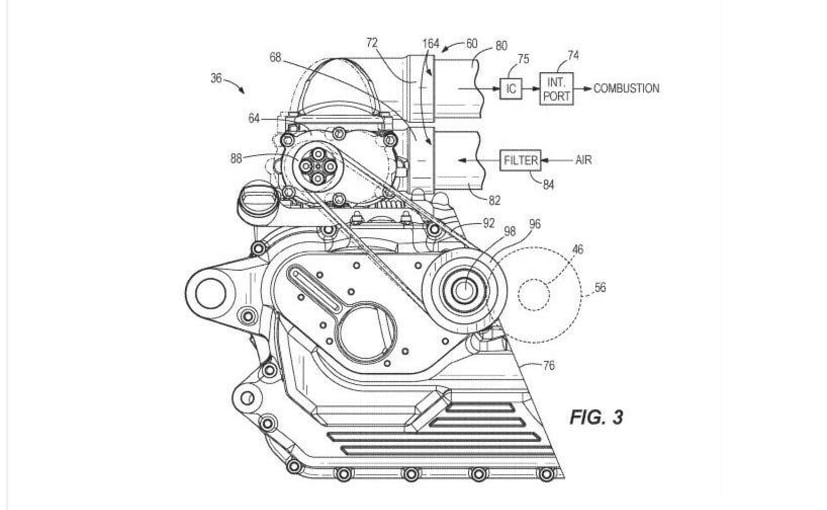 The accompanying text of the patent filing describes it as a “disclosure relates to the mounting of a supercharger on an internal combustion engine.” The filing also goes on to state that “before any embodiments of the disclosure are explained in detail, it is to be understood that the disclosure is not limited in its application to the details of construction and the arrangement of components set forth in the following description or illustrated in the following drawings. The disclosure is capable of other embodiments and of being practiced or of being carried out in various ways.”

So, what does the fine print mean? And what does Harley-Davidson intend to do with the supercharged v-twin engine patent? One line of thought is that the system could be used to help the brand’s future v-twin engines meet tightening emission regulations in the years to come. The other line of thought is that, while supercharging an engine may help make it cleaner, it could also make it the perfect aftermarket part, that could provide a bolt-in solution to customers, to get better performance from their v-twin engines.