Finance Minister Nirmala Sitharaman had promised a pandemic-ravaged country that Budget 2021 would be like “never before”. Coming in the backdrop of an unprecedented health crisis, the Budget focused on facilitating growth, increasing spending on the healthcare sector and ramping up infrastructure development, and avoided pitfalls such as a Covid cess and increase in taxes.

Finance Minister Nirmala Sitharaman accorded special attention to the healthcare sector by announcing doubling in healthcare spending to Rs 2,23,846 crore and setting aside Rs 35,000 crore for development of two Covid vaccines, in addition to Covishield and Covaxin.

Nirmala Sitharaman unveiled a slew of projects to rejuvenate the infra sector. These initiatives included hiking the capital expenditure to Rs 5.54 lakh crore in financial year 2022, expanding the National Infrastructure Pipeline to cover 7,400 projects by 2025 and creating a development finance institution.

The government will start privatizing two public sector banks in the forthcoming financial year, the Finance Minister said in her budget speech, without divulging the names of the banks concerned. The government could either sell the entire stake to private owners or reduce its stake below 51 per cent.

Hike In FDI Limit In Insurance

The Budget proposed an increase in the foreign direct investment (FDI) limit for insurance companies to 74 per cent from the existing 49 per cent.

Nirmala Sitharaman unveiled a voluntary vehicle scrapping policy to phase out old and polluting vehicles. Under the policy, personal vehicles will undergo fitness tests on completion of 20 years and commercial vehicles will require such testing after 15 years.

The initial public offering (IPO) of Life Insurance Corporation will take place in the next financial year beginning April, Nirmala Sitharaman announced in her Budget speech on Monday. The government currently owns 100 per cent in the insurance behemoth.

The government has increased the allocation for defence expenditure to Rs 4,78,195 crore from Rs 4,71,378 crore to strengthen the preparedness of armed forces in light of an increasingly hostile external environment.

Ms Sitharaman announced the scrapping of income tax for senior citizens (aged above 75 years) under certain conditions. Senior citizens whose income consists of only pension or interest will be exempted from filing income tax returns. 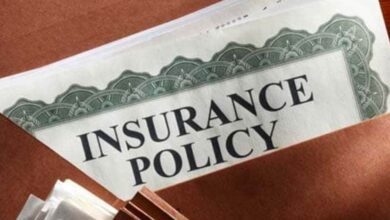 Why Do You Need Life Insurance Cover: Key Things To Know