The country’s diesel sales fell 2.3 per cent year-on-year in January, their slowest pace of decline in three months, preliminary data showed on Tuesday, indicating a gradual recovery in industrial growth in Asia’s third-largest economy. Local diesel sales by state-run refiners have been falling since March when coronavirus-related restrictions slammed industrial activity and mobility. However, demand for diesel saw a temporary year-on-year rise in October ahead of the country’s festival season. Diesel consumption, a key indicator of economic growth that accounts for about 40 per cent of overall refined fuel sales in India, totalled 6.04 million tonnes in January, the data compiled by state retailers showed.

India’s factory activity expanded at its strongest pace in three months last month due to higher demand and output, according to a private survey which also showed firms cut jobs at the slowest pace in 10 months.

The Nikkei Manufacturing Purchasing Managers’ Index, compiled by IHS Markit, rose to 57.7 in January from December’s 56.4, chiming with a Reuters poll which predicted India would recover at a quicker pace than previously thought. Gasoline sales rose by a 5.9 per cent year-on-year in January to about 2.36 million tonnes, the data showed.

State fuel retailers – Indian Oil Corp, Hindustan Petroleum Corp and Bharat Petroleum – own about 90 per cent of the country’s retail fuel outlets. Sales of jet fuel declined by 43.6 per cent to about 393,500 tonnes, while those of liquefied petroleum gas (LPG) rose by 2.3 per cent to about 2.5 million tonnes. 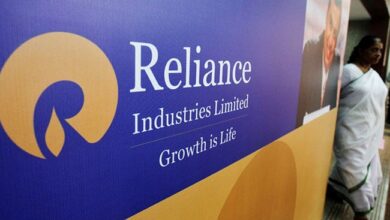 Economic Recovery Takes Wings But Not Out Of The Woods Yet