On-demand grocery delivery platform Instacart has raised a $265 million funding ground from existing investors, including Andreessen Horowitz, Sequoia Capital, D1 Capital Partners and others. The new funding, which, like its past few rounds, isn’t assigned a Series alphabetical designation, pushes the company’s valuation to $39 billion — more than double its $17.7 billion valuation when it raised its last financing, a $200 million venture round in October 2020.

What’s behind the massive increase in the value investors are willing to ascribe to the business? Put simply, the pandemic. Last year, Instacart announced three separate raises, including a $225 round in June, followed by a $100 million round in July. The rapid sequence of venture capital injections were likely designed to fuel growth as demand for grocery delivery services surged while people attempted to quarantine or generally spend less time frequenting high-traffic social environments like grocery stores.

In a blog post announcing the news, Instacart doesn’t put specifics on the growth rates of usage over the course of 2020, but it does express its intent to grow headcount by 50% in 2021, and continue to scale and invest in its advertising, marketing and enterprise efforts specifically in a quote.

On the product side, Instacart broadened its offerings from groceries to also include same-day delivery of a wide range of products, including prescription medicine, electronics, home décor, sport and exercise equipment and more. It’s capitalizing on the phenomenon of increased consumer spending during the pandemic, which is a reverse from what many anticipated given the impact the ongoing crisis has had on employment.

Instacart Chief Financial Officer Nick Giovanni said in a quote that the company expects this to be “a new normal” for shopping habits, and the size and pace of the company’s recent funding, as well as its ballooning valuation, seem to suggest its investors also don’t think this is a trend that will revert post-pandemic.

Early Stage is the premier “how-to” event for startup entrepreneurs and investors. You’ll hear firsthand how some of the most successful founders and VCs build their businesses, raise money and manage their portfolios. We’ll cover every aspect of company building: Fundraising, recruiting, sales, legal, PR, marketing and brand building. Each session also has audience participation built-in — there’s ample time included in each for audience questions and discussion.

Offering a service that prioritizes the highest-paying gigs in the gig economy, Stoovo raises funding – TechCrunch 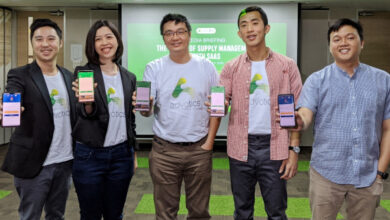