Bali has become such a popular tourist destination in recent years that it’s little surprise that some people question whether Bali is its own independent country. Spoiler alert: it’s not.

Influencers, digital nomads and tourists flock to Bali for its sandy beaches, iridescent green rice fields, yoga retreats and unique culture. If you’re thinking of visiting, I’d recommend reading my ultimate Bali travel guide to discover the best things to do and places to visit.

Let’s take a look at where Bali is located and what it actually is:

Where in the world is Bali? And what is it?

Where is Bali located in the world?

Bali is located in Indonesia in Southeast Asia. To be more specific, it’s an island located east of the island of Java. It’s surrounded by water; to the north is the Bali Sea, while to the south is the Indian Ocean. The island lies 8 degrees south of the equator.

As mentioned above, Indonesia is in Southeast Asia. It’s the largest island country, consisting of over 17,000 islands covering an area of over 1.9 million square kilometers! If you look on the map, Indonesia is located northwest of Australia between the Pacific and Indian Oceans. It’s south of Malaysia, mainland Southeast Asia and The Philippines.

Is Bali a country or a city?

Bali isn’t a country. Nor is it a city. It’s neither.

Is Bali a country or part of Indonesia?

Bali is a province of Indonesia, it’s not a country. The island lies east of Java and West of Lombok. The smaller islands of Nusa Lembongan, Nusa Penida and Nusa Ceningan are also considered part of the Bali province.

Is Bali the capital of Indonesia?

No, Jakarta is the capital. Since Bali has its own airport, many people skip Indonesia’s capital city, Jakarta, and head straight to Bali. This might be why some people assume it’s a country.

What’s the capital city of Bali?

Denpasar is the capital city of Bali and the island’s main transportation hub. If you fly into Bali, you’ll fly into Denpasar’s Ngurah Rai International Airport. The city is located in the southern tip of Bali, above the Bukit Peninsula.

Ubud is considered the island’s cultural capital, since it is home to many temples, art galleries, craft shops and yoga retreats.

Which ocean is Bali in?

To the north of Bali is the Bali sea. To the south is the Indian Ocean. The island is popular with surfers, who flock to Bali in search of the perfect wave. Best surf spots in Bali include Uluwatu, Padang Padang, Bingin, Impossibles, Balangan, Canggu and Keramas.

What religion is Bali?

Balinese Hinduism is the dominant religion in Bali. Hindus in Bali believe in three main gods,  Brahma (God of All Knowledge), Shiva (God of Death and Destruction) and Vishnu (Protector of Life). One way to honor the gods is with offerings, which is why you’ll see colorful palm leaf baskets called “Canang Sari” scattered all over the pavements. These small baskets are filled with items such as flowers, fruits and nuts. Across the island you’ll also see many temples and small shrines.

Throughout the year there are numerous religious festivals, including Nyepi Day (Day of Silence) and Galungan, which is a 10-day festival celebrating the creation of the universe and the triumph of good over evil.

Here’s a quick breakdown of religions in Bali:

What religion is Indonesia?

The majority of Indonesia (around 87%) is Muslim. Around 7% of the population follows Christianity and 2.9% follows Catholicism.

Bali is a relatively safe place to visit. Occasionally visitors need to watch out for crime such as pickpocketing or ATM scams. But Balinese people are generally peaceful people.

Natural disasters are a concern in Bali, although scientists are keeping an eye on it. The island is located in The Ring of Fire, which boasts 75% of the world’s volcanoes and experiences a lot of volcanic and seismic activity. There are three active volcanoes on the island and earthquakes are a frequent occurrence. Before you go, watch out for any news of eruptions, which can cause flight cancellations due to smoke and ash.

What is the safest part of Bali?

I’d say Ubud, Uluwatu, Sanur and Nusa Dua are some of the safest parts of Bali. Kuta is where you’ll see more scams and petty crime, just because this area is concentrated with backpackers and tourists. However on the whole, Bali isn’t particularly dangerous.

Being near the equator, Bali is warm ad tropical all year round, although it experiences a dry season and a wet season. The dry season runs from April to October, while the wet season runs from November to March. If you want to hit the beach then the best time to visit is during dry season, when there’s less humidity and it rarely rains. Dry season can be a more expensive time to visit though, so if you want to take advantage of cheaper room rates, then the wet season will be a cheaper time to visit. If you do visit in rainy season make sure to bring a poncho because it rains rather a lot.

Do they speak English in Bali?

The main language in Bali is Balinese, although many residents also speak Bahasa Indonesian. Their third language tends to be English. Many Balinese people learn to speak some English so they can easily speak with tourists, since tourism is the country’s main economic sector. However, it’s helpful and polite to learn some basic phrases in the local language, such as “terima kasih” (thank you), “selamat pagi” (good morning) and “selamat malam” (good night).

I hope I’ve answered some of your burning questions about Bali! If you’ve never been before it’s a place worth visiting. There’s lots of stuff to do – volcano hikes, diving, snorkeling, yoga, surfing…and of course lots of eating. Make sure you try some of Bali’s famous dishes, such as Sate (meat skewers in a peanut sauce) and Nasi Goreng (fried rice with an egg on top).

Plaid, the service used by Venmo, Acorns, Robinhood, and more, may owe you some money 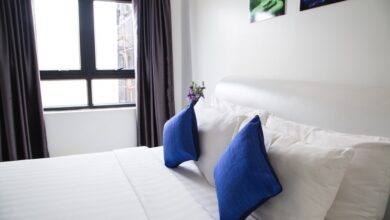 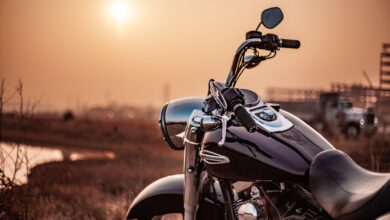 How To Avoid An Accident On A Motorcycle Trip 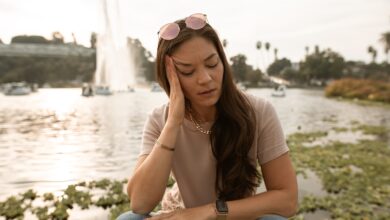 Signs that Indicate You May Have Anxiety Without Realizing it 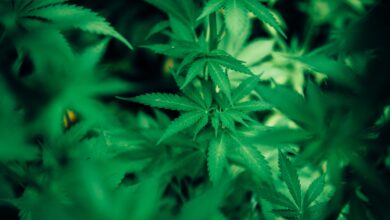 How Do I Get Medical Marijuana in Montana?