Maisonette, a four-year-old, New York-based company has aimed from the outset to become a one-stop curated shop for everything a family might need for their young children.

That plan appears to be working. Today, the company — which launched with preppy young children’s apparel and has steadily built out categories that include home decor, home furniture, toys, gear, and accessories — says it doubled its number of customers last year and tripled its revenue. Indeed, even as COVID could have crimped its style — sales of children’s dress-up clothes slowed for a time — its DIY and STEM toy sales shot up 1,400%.

Though the company keeps its sales numbers private, its growth is interesting, particularly given the unabated growth of Amazon, which became the nation’s leading apparel retailer somewhere around the end of 2018.

Seemingly, much of Maisonette’s traction owes to the trust it has built with customers, who see its offerings as high-end yet accessible relative to the many luxury fashion brands that are also increasingly focused on the children’s market, like Gucci and Burberry.

Specifically, the 75-person company has a merchandising team that prides itself on working with independent brands and surfacing items that are hard to find elsewhere.

Maisonette also launched its own apparel line roughly 30 months ago called Maison Me. Focused around “elevated basics” at a more reasonable price point, the line, made in China, is seeing brisk sales to families who buy items time and again as their kids outgrow or wear holes in them, says the company.

It helps that Maisonette’s founders have an eye for what’s chic. Cofounder Sylvana Ward Durrett and Luisana Mendoza de Roccia met at Vogue magazine, where Durrett spent 15 years, joining the staff straight from Princeton and becoming its director of events (work that earned her a high profile in fashion circles). Roccia joined straight from Georgetown the same year, 2003, and left as the magazine’s accessories editor in 2008.

For those who might be curious, their former boss, Anna Wintour, is a champion of theirs. Yet they also have some other powerful advocates, including NEA investor Tony Florence, a kind of e-commerce whisperer who has also led previous investments on behalf of his firm in Jet, Goop, and Casper.

NEA is an investor in Maisonette, as is Thrive Capital and the growth-stage venture firm G Squared, which just today announced it led a $30 million round in the company that brings its total funding to $50 million.

Another ally is Marissa Mayer, who first met Durrett back in 2009 when Mayer was still known as Google’s first female engineer its most fashionable executive. Not only has their friendship endured — Mayer says she named one of her twin daughters Sylvana because she adored the name — but Mayer is on the board of Maisonette, where she has presumably helped refine its data strategy, including around an inherent advantage that the company enjoys: its very young customers.

“One of the things that’s really helpful when it comes to data and e-commerce is when you can capture people at a particular life stage,” Mayer explains. “It’s why people liked wedding registries. You get married, then you have children and [the retailer] can follow the children’s ages and start anticipating that customer’s needs and what they’re going to want two years from now.”

In terms of “predictable supply chain, for inventory selection, for just being able to meet that moment, having insight into those stages is really important and helpful,” she says. It can also be very lucrative for Maisonette as it continues to build out its business, notes Mayer.

Certainly, much is working in the company’s favor already. To Mayer’s point, Roccia says that more than half of Maisonette’s sales last year came from repeat customers. More, it already has an audience of more than 800,000 people who either receive emails from the company or follow its social media channels. (Maisonette also features a healthy dose of content at its site.)

Unlike some e-commerce businesses, Maisonette is asset-lite, too. Though it has opened a handful of pop-up stores previously and was contemplating a bigger move into retail (“that’s now on pause,” says Durrett), the company doesn’t have warehouses to manage. Instead, items are shipped directly to customers from the various retailers featured at its site.

Perhaps most meaningful of all, the company is competing in what is a massive and growing market. In the U.S. alone, the children’s apparel market is estimated to be $34 billion. Meanwhile, the children’s market is $630 billion globally. While Maisonette is selling to U.S. customers alone right now, it plans to use some of that new funding to move into international markets, says Roccia, who has been living in Milan with her own four children during the pandemic, while Durrett began working out Maisonette’s mostly empty Brooklyn headquarters in January to create a bit of space from her three.

Indeed, on a Zoom call from their far-flung locations, they talk at length about parents needing to create new space to work from home right now, as well as to update rooms for kids attending virtual school. While no one asked for a global shutdown, home decor is a “category that has picked up due to the Covid effect,” notes Roccia.

Asked what other trends the two are tracking — for example, Maisonette features the mommy-and-me clothing pairings that have become big business in recent years — Roccia says that even with the world shut down, it remains a “huge” trend. “It started with holiday pajamas — that was kind of the catalyst to this whole movement — and now swimwear and just casual dressing has become a pretty big piece of the business, too.”

As for what Durrett has noticed, she laughs. “Llamas are big. We sell a llama music player that we had to bring back on the site several times over the holidays.” Also “rainbows and unicorns. As cliche as it sounds, we literally can’t keep them in stock.”

Unicorns, she adds, “are a thing.”

The Best Presidents Day Sales to Shop in 2021 | My Money 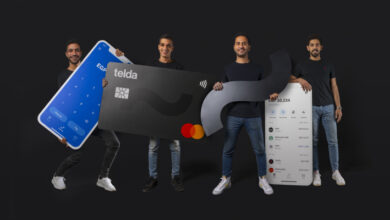 Does what happens at YC stay at YC? – TechCrunch 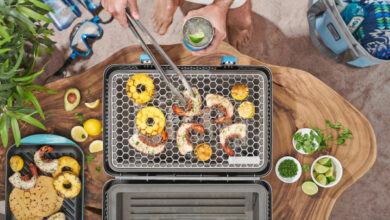 What are these rich people doing pumping crappy assets? – TechCrunch