(Pocket-lint) – Since relaunching as a HMD Global brand, Nokia has gone gung-ho in the affordable phone market releasing several accessible Android phones each year as it seeks to cover pretty much every price segment under £300.

For 2021 it shifted its strategy somewhat and came up with three ranges. The G-series, C-series and X-series, with the former being the low-end, affordable range with big batteries. That’s where the new G50 fits in. It’s a relatively affordable 5G phone with lots of battery power and a big screen.

There’s something of a trend in the affordable smartphone segment to build quite hefty devices. A big part of that is the desire to offer market-leading battery life and a big screen. Ergo big phone. At 220 grams the Nokia G50 is quite a heavy device as phones go. Again, predominantly down to the battery.

Apart from that, the phone has a fairly typical Nokia look to it. That means the cameras on the back are housed in a circular enclosure that protrudes from the rear panel of the phone.

That panel itself in our Ocean Blue colour features a gradient finish that is darker at the sides and light in the middle. You can certainly see where the colour gets its name from too, it has a slightly greenish tint to it, plus is finished in a matte/frosted texture rather than being glossy. That should mean it doesn’t attract fingerprints as easily as some glossier devices.

As far as buttons and fixtures go, it’s a fairly standard affair. There’s a volume rocker switch above the power/lock button on the right. This power button is recessed into the frame and also has a built-in physical fingerprint sensor.

On the opposite side you’ll find a Google Assistant button. Press it once and Google Assistant pops up on screen. The bottom edge features the usual Type-C port, speaker holes and mic. There’s also a 3.5mm headphone port in the top edge for those who still use wired earphones/headsets.

From the front you can tell there’s an attempt to keep up with the trend of having a big screen with skinny bezels, but being an affordable devices means those bezels are still relatively chunky. The chin or bottom bezel is much thicker than the framing around the sides, while the selfie camera lives inside a v-shaped notch that cuts into the display at the top.

On the whole it feels like quite a hefty, solid, plastic device. Pretty much exactly what you’d expect from an Android phone at the lower end of the market.

Nokia’s been one of the biggest proponents of the Android One program, so it’s no surprise to see the G50’s box bearing the logo. That means a couple of things.

Firstly, the software is free of bloat and additional features that other manufactures add. It keeps the experience down to the essentials. Secondly: software updates. It’s designed to get frequent updates and keep supporting them for a few years.

It launches with Android 11 out of the box, and that’s displayed on a really big 6.82-inch LCD panel. Being a more affordable device, that LCD screen features HD+ resolution. That means 720p, rather than 1080p or 1440p. So don’t go expecting it to put the top flagships to shame.

On first impressions the screen certainly seems decent enough. While it’s not eye-catching, it appears to display colours in a natural fashion and is bright enough to make it useful. It’s the size that will be the big draw for most people though. At 6.82-inches, it’s one of the largest screens on the market.

There are a couple of things on the spec sheet worth highlighting. Battery life is one of those. The G50 features a mega 5000mAh battery, making it one of the largest capacities out there. With the low resolution screen and low power processor, that should mean it lasts a good amount of time. In fact, Nokia promises two-day battery life from the G50.

Nokia’s latest phone also has 5G support. In a phone under £200 in the UK, that’s not all that common. That should mean fast downloads and speedy data connections in those areas that have coverage.

While data downloads might be fast, we wouldn’t expect the phone itself to set the world alight with its speed. The Snapdragon 480 it ships with is one of the lower end processors, design predominantly to not be a hindrance, rather than being super fast. For those who want a phone that just helps them get the basics done, it’s more than good enough.

This is as well as either 4GB or 6GB of RAM and 64GB or 128GB storage. You’re not limited to that storage either. The phone has a microSD card tray, so you can use that to expand and add more.

There are three cameras on the back of the G50, but it’s likely if you get this phone you’ll stick to using just one of them. The primary sensor is a 48-megapixel one, and will pixel bin down to 12-megapixels. It also features autofocus support.

The other two cameras a considerably lower resolution. The ultrawide – with its 5-megapixel sensor – means you can take much wider shots, but they won’t appear as sharp as the main camera. The third camera is 2-megapixels and is there purely to gather extra data for depth when using things like portrait mode.

It feels like yet another instance where an affordable phone maker feels the need to add multiple lenses to the back because that’s the current trend. Rather than adding them because they add to the experience.

On first impressions, there’s nothing terribly exciting about the Nokia G50. It seeks to offer the things that matter in an un-fussy fashion and appears to do that. You get a big battery, big screen and you’re future-proofed thanks to 5G support and having the Android One program for software updates.

When you compare it to what’s on offer from some lesser known and less-easily-available phones from Chinese brands like Realme, Redmi and Poco, it doesn’t seem all that competitive. But where it has the edge is that you’re more likely to find a G50 on a phone store shelf.

Still, all some people want is a big phone that can last for ages on a full charge and helps them stay in touch with people, shop and do social media. With 5G becoming more wide-spread, it makes sense to have a budget phone jumping on board the 5G train and getting up to speed, ready for the future.

What Are the Best Houseplants to Get You Through Winter? 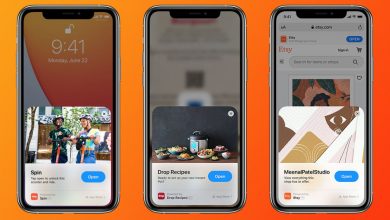 What are App Clips on iPhone and how do they work? 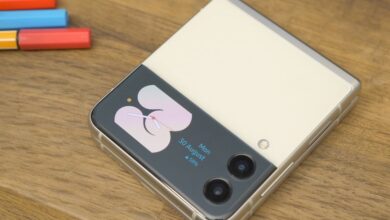 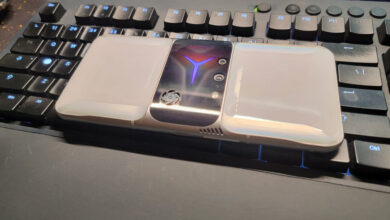 How to watch the launch online 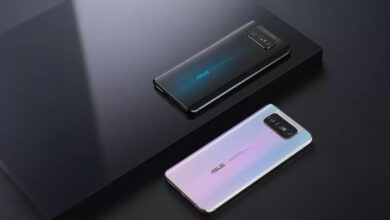