Attention, fellow deal hunters and cheapskates: it’s the Monday before Christmas, so if you still have gifts to buy, you’d best hurry. Let us help you do that without overspending. Starting things off, Sony’s DualSense controller for the PlayStation 5 and PC is once again on sale for around $49.99 at Amazon, Best Buy, and Target. The best part of this deal, aside from the fact that you’re getting up to $25 off, is that every color of the DualSense is discounted.

You can choose from the stock white, midnight black, cosmic red, galactic purple, nova pink, starlight blue, and even the most recent gray camouflage. Whether you’re going for a controller in a hue that vividly stands out or one that tactically blends in, you get all the niceties of the DualSense: excellent haptics, adaptive triggers that add tension to each pull in some games, and a built-in mic and headphone jack. Read our review.

The controller designed for the PS5, featuring adaptive triggers, a built-in microphone, and haptic feedback technologies.

There’s also a controller deal for Xbox gamers. Turtle Beach’s Recon Cloud controller is steeply discounted for the first time, dropping to $69.95 (about $30 off) at Amazon or direct from Turtle Beach. This controller is unique, acting as a wired controller (akin to its Recon wired USB-C controller) for Xbox and PC along with built-in Bluetooth wireless for Android. It includes a phone mount to make playing games on the go a little easier. To that end, it’s a particularly great fit for anyone with an Xbox Game Pass subscription for cloud game streaming over Wi-Fi or cellular.

At its core, the Recon Cloud — just like the standard Recon — is a great controller, especially for FPS games. It has customizable rear buttons and nifty audio features like “SuperHuman hearing” that highlight game sounds like footsteps to give you a slight competitive edge. These features are what gave the standard Recon a nod in our Xbox controller buying guide, and the Recon Cloud just adds a little more connectivity to the formula. Read our hands-on impressions.

Turtle Beach’s Recon Cloud is a wired USB-C controller for Xbox and PC that also has Bluetooth wireless for PCs and Android phones. It’s got the same plethora of built-in audio features as the standard Recon controller, but it comes with an integrated detachable phone mount for mobile game streaming.

Apple’s second-generation AirPods Pro wireless earbuds that include a MagSafe-compatible wireless charging case are down to $199.99 at Best Buy, Target, and Amazon. This $50 discount on the latest model brings them to back down to their Black Friday pricing, which is the lowest to date. Best Buy and Target have in-store pickup and may ship in time for Christmas, while Amazon is indicating on its page that it will ship after the holiday, so plan accordingly for timely gifts.

The 2022 AirPods Pro look just like the previous model but they have better active noise cancellation and sound quality, improved gesture controls for volume, a built-in speaker in the case to chirp if you need help locating them, and a lanyard hole on the case for easier travel. Read our review.

Apple’s latest AirPods Pro take after the last-gen model but include swipe controls and a new H2 chip that allows for improved noise cancellation. They also come with a water-resistant charging case that offers support for Apple’s robust Find My network.

Google’s excellent Nest Hub smart display is selling for nearly its lowest price yet, costing just $44.99 at Best Buy and Target. This $55 discount is a one-day deal at both retailers, and it’s a great value even though it isn’t as cheap as the $39 price we saw during Black Friday.

The latest version of the Nest Hub makes a great gift for anyone who loves seeing family pictures since its Google Photos integration allows you to display photos from a shared album on its seven-inch touchscreen. The screen can automatically adjust its color temperature, allowing it to look almost as natural as a real picture frame. Of course, it comes with Google Assistant voice controls for controlling smart home accessories, calling up some music to play on its tiny (but decent-sounding) speaker, or getting the weather.

Personally, I bought a Nest Hub for my mom last year at this time for a similar deal, and it has been a hit. I’m obviously her favorite son (right?), and this may have played a small role. Read our review.

The second-gen Nest Hub is Google’s smallest smart display, with a seven-inch touchscreen that can automatically adjust itself to the lighting in your room. What’s new in the latest version is its ability to automatically track your sleep patterns with its Soli radar chip.

The Mobvoi TicWatch Pro 3 Ultra GPS smartwatch is a feature-rich Wear OS alternative to Samsung’s Galaxy Watch 5 and Google’s new Pixel Watch that’s focused on fitness, and it’s on sale right now for $199.99 at Amazon and direct from Mobvoi. This $100 discount drops the price of the TicWatch Pro 3 Ultra to its all-time low, and it’s a great value to Android users who want activity tracking and workout features without giving up too many handy smartwatch functions. Normally, opting for the more hardcore Polar or Garmin options out there means making that tradeoff.

Mobvoi hasn’t delivered a Wear OS 3 update yet for the TicWatch Pro 3 Ultra, but it’s still one of the best Android smartwatches you can buy thanks to its speedy processor, its 72-hour battery life, and a competitive price. Read our review.

The cure for a case of the Mondays? More deals

Update December 19th, 12:48PM ET: This article has been updated to include the second-gen AirPods Pro deal.

What Do You Put in Stockings? 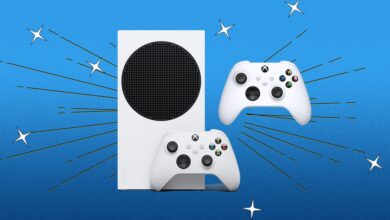 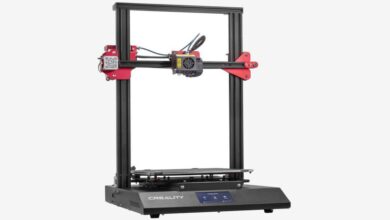 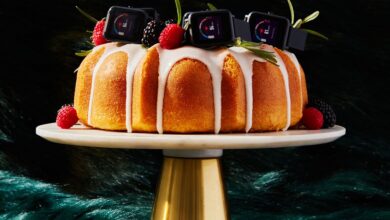 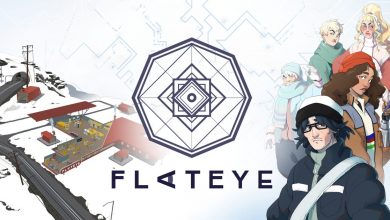