Stephen Welsh scored his first goal for Celtic as the Hoops overcame Motherwell 2-1 at Parkhead.

The 21-year-old defender headed in from a corner after two minutes and in-form striker Odsonne Edouard fired in a second in the 51st minute of a Scottish Premiership match which was almost totally controlled by Neil Lennon’s side until they conceded.

Well midfielder Allan Campbell reduced the deficit in the 66th minute with a drive and the home side survived an added-time surge by the visitors with substitute Diego Laxalt clearing off the line.

Following a convincing 4-0 win at Kilmarnock on Tuesday night, the Parkhead side have won two successive game for the first time in 2021 and move 20 points behind Rangers with a game in hand.

The unchanged visitors arrived on the back of back-to-back wins but they soon found themselves in a Celtic stranglehold.

The home side, with midfielder Tom Rogic in for injured Ryan Christie, scored from their first corner when former Well midfielder David Turnbull’s delivery was met by the unmarked Welsh who powered his header past goalkeeper Liam Kelly from eight yards.

Moments later, the reigning champions could and probably should have doubled their lead when left-back Greg Taylor picked out Edouard with a perfect cross but the French forward glanced a header wide from in front of goal.

Taylor set up Albian Ajeti with another fine cross but Kelly caught the Switzerland striker’s weak header under his bar before blocking an angled-drive from right-back Jonjoe Kenny.

Motherwell were well off the pace, reduced mostly to chasing and harrying to try to contain the energetic home side.

In the 44th minute the Lanarkshire side had a chance when Celtic defender Kristoffer Ajer fouled Chris Long on the edge of the box but the Motherwell forward’s curling free-kick was well held by the previously untested Hoops keeper Scott Bain.

Within seconds of the restart, Edouard took a Taylor pass, turned and fired wide, then Ajeti headed into the arms of Kelly.

However, the Well keeper had no chance moments later when, with the Motherwell goal under siege again, midfielder Callum McGregor played in Edouard who turned and drove a low shot into the corner of the net for his fifth goal in four games and his 17th of the season.

Then a brief period of Motherwell positivity proved significant.

Bain was called into action in the 63rd minute when he stopped a shot from Well striker Devante Cole with his foot, and from the resulting corner an unmarked Bevis Mugabi headed wide.

However, three minutes later Motherwell found themselves back in the game when Campbell’s shot from the edge of the box looped over Bain and into the net.

It was an unlikely lifeline for the visitors and introduced some jeopardy into the game.

In the 76th minute Cole got his head on a Long cross but could not direct it towards goal and amid some panic in the Hoops defence the danger was averted.

At the other end, Kelly tipped a powerful drive from Rogic over the bar as Celtic regained the upper hand.

But in the final seconds – after Cole was perhaps lucky only to get a yellow card for a kick out at Hoops substitute Ismaila Soro – Well substitute Harry Smith directed a header towards goal only to see it hooked away by Laxalt.

Pandemic’s Toll on Housing: Falling Behind, Doubling Up 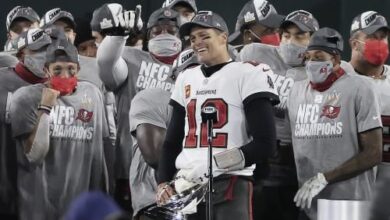 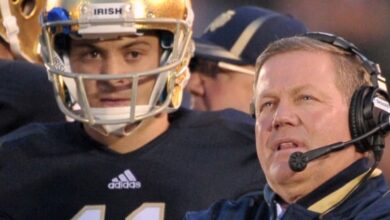 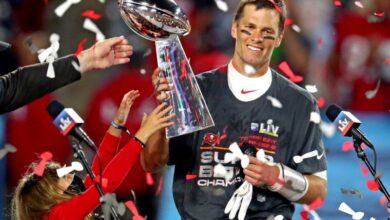 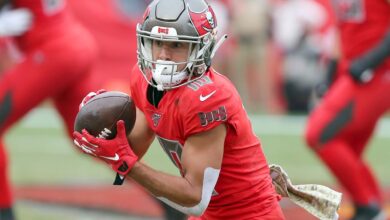