One of tech’s biggest problems in the past few months has been due to one of its smallest components: chips. Months into the shortage, the effects have spread far beyond the difficulty of buying an Xbox Series X or PS5. Car companies are being hit the worst, and even home appliances might start to see issues with supply.

Earlier this year, companies expected to have supply chains sorted and products more consistently back on shelves by summer — but June is nearly over and there’s seemingly no end in sight. And with the upcoming slate of big tech releases and the holiday shopping season coming up, expect things to get worse before they get better.

“We had thought probably six or seven months ago, like everybody else, that it would be relatively short-term.” Jahmy Hindman, chief technology officer at John Deere, commented on The Verge’s Decoder podcast. “But I think we’re into this for the next 12 to 18 months.”

Chips could be in short supply for years

It’s not just tractors and trucks, though. Intel CEO Pat Gelsinger voiced similar sentiment, commenting in a Wall Street Journal interview back in April that it could be two years before production is able to ramp up. “This will take a while until people can put more capacity in the ground.” And AMD CEO Dr. Lisa Su noted at a May investor event that the company was being forced to prioritize its higher end chips over lower-powered parts due to shortages.

There’s two different forces at work here. For some products, there’s too much demand, which impacts the higher-end chips like the GPUs in a PlayStation 5 or an RTX 3080 graphics card. While chip shortages have undoubtedly played a part, there’s also simply more people who want to buy these products than there are enough to go around.

Take the PS5, for instance, which is the fastest selling console in US history despite the continued difficulty in purchasing one months after its launch. “Even if we secure a lot more devices and produce many more units of the PlayStation 5 next year, our supply wouldn’t be able to catch up with demand,” Sony CFO Hiroki Totoki said in a private analyst briefing, according to Bloomberg.

Or take GPUs, which have finally started to drop in price over the past few weeks — not because Nvidia has magically figured out how to churn out more parts, but because demand is finally slowing down following plummeting Bitcoin prices and China’s crackdown on cryptocurrencies.

It’s in chipmakers’ interests to keep trying to churn out those parts: newer chips are more lucrative. If you’re TSMC or Samsung, it’s in your best interest to focus on making (and expanding) those production efforts.

On the flip side, though, are supply issues, particularly for older chip designs. Unlike a new iPhone or Xbox, a Ford truck or a John Deere tractor doesn’t need bleeding-edge chips using TSMC or Samsung’s 5nm process. They use older chips, which are less powerful (and less pricey) than ones using brand new technology.

The impact here is already being felt. A Bloomberg report from last month notes that carmakers are starting to skip out on offering premium features like navigation systems or extra screens in order to stretch their supply of chips further. Nvidia repurposed old GPUs into special cryptocurrency mining boards to free up more supply of newer ones for gamers. Even Apple noted that it was running into trouble getting ahold of those older chips, due to the extra competition. “Most of our issue is on licensing those legacy nodes, there are many different people not only in the same industry, but across other industries that are using legacy nodes,” Cook said in Apple’s Q2 earnings.

Revathi Advaithi, CEO of Flex — the world’s third largest electronics manufacturing company — noted a similar issue on Decoder last month. “Automotive semiconductors have been pretty outdated,” she explains, noting that automakers either have to invest in upgrading to newer technologies more on par with consumer devices, or foundries need to build out more capacity for those specific legacy chips — parts which aren’t really useful for phones or laptops.

Exacerbating the issue is that on a broader scale, the semiconductor industry has become increasingly consolidated. Despite the increasing importance of computer chips in virtually every hardware product across multiple industries, the number of companies that make those chips — especially specialized chips at the high end of the market — have grown increasingly fewer in number.

TSMC alone accounts for 92 percent of the supply of cutting-edge chips, with Samsung providing the rest, according to a Wall Street Journal report. The company also reportedly makes about 60 percent of the chips for car manufacturers around the world. Which means that when those companies run out of capacity, there’s not a lot of other places to go to get those processors.

That’s also why chip shortages likely won’t hit some of the biggest devices, like Apple’s next iPhone or whatever Samsung’s fall flagship ends up being, at least not as hard as they hit Ford trucks or GPUs. Digitimes reports that TSMC is already prioritizing Apple’s orders (along with those of car manufacturers) heading into the fall. Because of the size and scale of Apple’s orders — think of how many iPhones it sells every year, all using cutting-edge chips from TSMC — it has the pull to stay at the front of the line.

The bad news is that the crunch will probably get worse before it gets better. TSMC, Intel, and Samsung are all heavily investing in expanding and building new fabs. The Biden administration is also trying to help, pushing to pump billions into US semiconductor manufacturing. But as Intel’s CEO noted, it’ll take months, if not a few years, for those investments to mature.

And with the holiday season fast approaching and a new wave of products from across market segments all fighting for chips, there’s almost certainly bound to be more product delays, cut corners, price jumps, and part shortages to come. 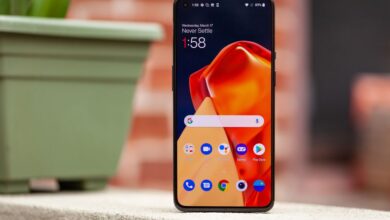 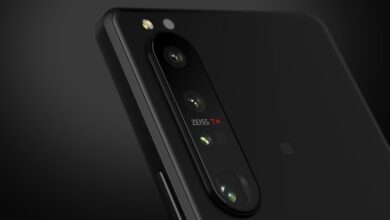