Alaya F in a still from the video. (Image courtesy: alayaf)

Happy birthday Alaya F! The actress who turns 24 today, celebrated her special day in style. Why do we say this? Because even her birthday party had a “blooper” moment. Alaya revealed this in a special video that she shared on Instagram in which she is seen standing in front of a two-tier cake dressed like a diva. And the blooper we are talking about involves Alaya having to protect her eyes from the sparkles of the large candle atop her cake, which made it quite a task for her to do the traditional “blow the candle, cut the cake” routine. Sharing the hilarious video, Alaya F wrote, “Can’t even turn 24 without a blooper…bringing in this year with a heart filled with a lot of hope, love and gratitude!”

Alaya F has one of the coolest Instagram timelines in Bollywood, which perfectly captures her vivacious personality. She couples her glamorous pictures with witty captions that are bound to make you smile. Recently, sharing photos of herself dancing gracefully, Alaya wrote, “How I walk away from people that irritate me.”

She even shared a video of herself dancing to the song, Ranjha from the Sidharth Malhotra- ‎Kiara Advani film, Shershaah.  In the caption of the clip, Alaya F said, “Tried something totally new and out of my comfort zone with my favouritest Dimple Kotecha who’s always pushing me to be my best! Love you!”

And, before that Alaya F also treated her fans to a fun makeup routine that had her Instafam taking notes. Sharing the clip, Alaya F wrote, “Needed some motivation to get ready so I turned it into a reel.”

Alaya F made her debut with the film Jawaani Jaaneman, in which she played the lead role with actors Saif Ali Khan and Tabu playing her parents. She will be seen in films such as U Turn and Freddy. Alaya is the daughter of actress Pooja Bedi and the granddaughter of actor Kabir Bedi and celebrated classical dancer, the late Protima Bedi.

Bipasha Basu Is Busy Dreaming Of Her "Favourite Blues" 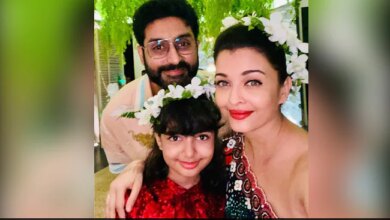 After Dhanush And Aishwaryaa’s Separation, A Video Of Rajinikanth Praising The Actor Goes Viral