Colleges have long used a reliable middleman to identify prospective students. But what happens if and when a new middleman emerges?

The surge in test-optional policies could persuade more people — especially low-income and minority students — to opt out of testing, meaning colleges might not be able to find them.

A team of researchers weighs that question in a new report released on Tuesday by the Institute for College Access & Success, an education-advocacy group known as TICAS. It’s illuminating reading for anyone with a stake in student recruitment and the big, unregulated industry that helps colleges generate “leads.” That industry, the report says, “is undergoing a radical transformation that threatens to cause a college-access crisis.”

First, let’s review some history. The standardized-testing industry has long been the main middleman in recruitment. High-school students taking the ACT, SAT, and Advanced Placement exams can opt in to share their contact information with colleges, which purchase “student lists” from the ACT Inc., and the College Board, both nonprofit organizations, as well as other vendors. (The College Board administers the SAT.)

Those lists contain specific criteria about the students (e.g., test-score range, high-school grade-point-average, and ZIP codes). Colleges use that information to recruit them (i.e., bombard them with brochures and email messages).

In short, student lists are the lifeblood of admissions. But they’re problematic, the researchers argue. Last week TICAS released the first two of three related reports. Both stated that student lists perpetuate racial and socioeconomic inequality by allowing colleges to systematically exclude low-income and underrepresented minority students from recruitment funnels. How? For one thing, colleges can use search filters to zero in on specific geo-demographic categories, prioritizing students from well-resourced high schools and affluent areas. That can help explain why a given student hears from 30 colleges while another with a similar academic record hears from just a few.

That said, there’s an important paradox here: Student lists, however imperfect, play a crucial role in college access, the researchers write. Students who are contacted by colleges using the Colleges Board’s Student Search Service are 23 percent more likely to apply to a participating college than students with similar backgrounds who opted out, according to recent research commissioned by the College Board. Nearly 20 percent of students invited to apply to a college via the Student Search Service also enroll, increasing the probability that someone will enroll at the college that purchased their contact information by 22 percent. These impacts are twice as large for traditionally underserved students,” the research found.

Students can access that service through BigFuture, the College Board’s college-planning website — even if they don’t take the organization’s tests. But if a student’s name doesn’t end up in a given database in the first place, a college can’t find them there, or sometimes, anywhere. So what happens in a world where fewer college applicants take the ACT and SAT — and might not know about BigFuture?

Ozan Jaquette, an associate professor of higher education at the University of California at Los Angeles and lead researcher of the student-list project, predicts that the pandemic-driven surge in test-optional policies will persuade more and more students, especially low-income and underrepresented minority students, to opt out of testing altogether. “For better or worse, the testing agencies have been an essential mechanism for college access,” he says. “If those agencies aren’t the leaders in the student-list industry, do we end up with something that’s better or worse than what we had previously? Will new sources of student lists have the same coverage that the ACT and College Board had previously, when every student thought that they had to take these tests?”

Those questions lead us back to the middleman. The student-list industry has long included a slew of for-profit vendors that sell data on prospective applicants to colleges. Sources of student-list data include college search-engine websites and college-planning software used by high schools. EAB, a large enrollment-consulting company, is among the entities the report describes as poised to gobble up more of the student list market — and, perhaps, become the middleman. Unlike ACT Inc. and the College Board, which sell names to colleges at a “per-prospect” price, the report says, EAB and other companies maintain unique databases of student names and restrict access to colleges that pay for subscription and/or consulting services.

That business model, the report says, raises policy concerns that federal agencies, such as the Federal Trade Commission, should consider regulating. “We are concerned that, without significant government intervention, the death of the SAT/ACT exam will leave students unwittingly reliant on for-profit firms that maximize profit by providing prospect names only to universities that pay for expensive subscription or consulting services. Equitable college access is too important to leave to the market today, and that will only be more true as the new for-profit players enter the space.”

It’s important to remember a couple things here. First, the ACT and SAT, though diminished in importance, are alive and well at the moment. Also, student lists are tools: Institutional leaders establish the enrollment goals and priorities that such tools help them achieve. “If a university only wants to enroll wealthy students,” the researchers write, “regulating student lists will not compel the university to enroll poor students.”

In the paper released this week by TICAS, Jaquette — along with Karina G. Salazar, an assistant professor in the Center for the Study of Higher Education at the University of Arizona, and Crystal Han, a data scientist — propose an alternative to the existing student-list industry: a “public option.” That is, a free, robust national database loaded with students’ contact information, high-school GPA, and the courses they’ve taken.

Their idea, the researchers acknowledge, would require immense cooperation among states, districts, and schools while posing a slew of technical challenges. Also, who would pay for it?

But he hopes that it sparks greater discussion of how student lists can work for — and against — college access.

“There are students who are going to go to college no matter what,” Jaquette says. “For them, the student list might affect which institution they go to. But then there are students on the margin of going to college or not, or going to a two-year college instead of a four-year college. It’s important for colleges to identify and contact those students, to make those student feel wanted.” 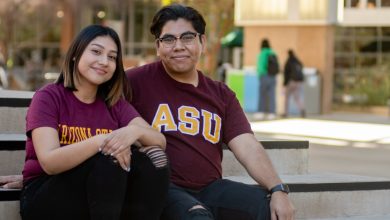 A U.S. Program for Migrant Students Is Unusually Successful. Now the Pandemic Threatens It. 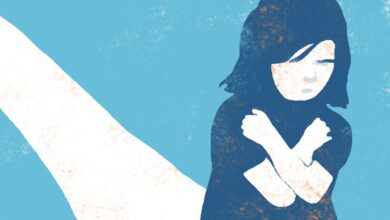 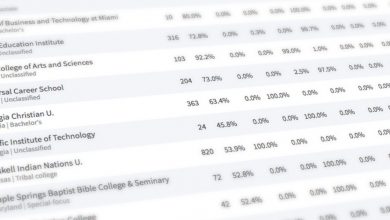 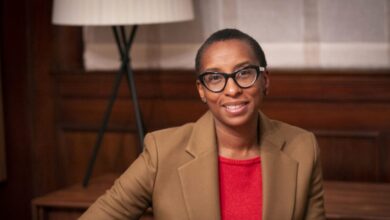