The right-handed Maeda finished second to Cleveland’s Shane Bieber in the balloting after compiling a 6-1 record and a 2.70 ERA in 11 starts. Minnesota finished a game ahead of both the Chicago White Sox and Cleveland Indians with a 36-24 record before losing in two games to the Houston Astros in a wild-card series.

“The year that he had last year … there was no way of denying him (the assignment),” Minnesota manager Rocco Baldelli told MLB.com when announcing the decision back on March 14. “I think it was the right thing to do.”

It also doesn’t hurt that Maeda is 3-2 with a 2.59 ERA in seven career starts against the Brewers and also flirted with throwing a no-hitter in his last start against them on Aug. 18 at Target Field. Eric Sogard led off the ninth inning of that contest with a soft liner over the glove of shortstop Jorge Polanco to end the no-hit bid.

Maeda allowed one run on one hit and two walks over eight-plus innings while striking out 12 — including a club record eight in a row during one stretch — in a game Minnesota eventually won in 12 innings, 4-3.

Maeda also picked up the win in a 12-2 road victory over the Brewers six days earlier. He went 1-0 with a 1.84 ERA in two starts against Milwaukee in 2020, allowing just six hits and three walks in 14 2/3 innings while striking out 17.

“When I first came over to Major League Baseball, being an Opening Day starter (is something) I never dreamed of,” Maeda said. “I’m excited for the opportunity.”

Milwaukee will counter with right-hander Brandon Woodruff, the first Brewers starter to work consecutive Opening Day games since Yovani Gallardo started five in a row from 2010-14.

Woodruff went 3-5 with a 3.05 ERA in 13 starts last season as Milwaukee finished fourth in the National League Central, five games behind the Chicago Cubs with a 29-31 record. He is 0-2 with a 3.38 ERA in two career starts against Minnesota including a 7-1 loss in his lone start last season in Minneapolis when he allowed two runs on nine hits and a walk over five innings while striking out three.

“It’s going to be one of those teams that people really need to look out for, because we’ve got it all,” Wong told MLB.com. “Our pitching staff is really good. We’ve got ‘Yeli’ who just knows how to flat-out hit. You’ve got Lorenzo Cain coming back. To add JBJ to that, that’s going to be awesome.”

After a day off on Friday, the three-game series continues on Saturday night. Minnesota won four of the six meetings between the teams last season. 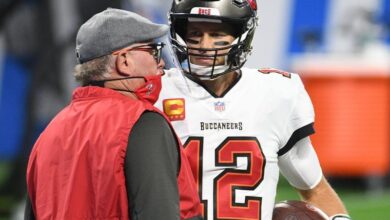 Arians opens up on decision to take swing at Brady

Innsbruck and Turin to co-host Davis Cup Finals with Madrid 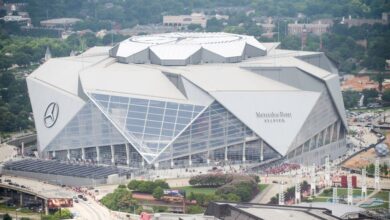