Every Halloween, you have the option to dress in a classic costume: an alien, an angel, a cat — you know the drill. All those costumes are great; they’re classics for a reason, after all. But every year, some of the best costume ideas on October 31 are ripped straight from the hottest pop culture headlines. (Remember when everyone dressed up as Pennywise the Clown from It last year?)

When Tiger King hit Netflix in March 2020, it inspired controversy, memes and hours of time spent on the couch. Fortunately, dressing as Carole Baskin, the show’s bike-riding, big-cat-loving lead, is easy as can be.

Create your own Tiger King costume by wearing Baskin’s signature flower crown and animal prints, and riding a bicycle. Oh, and a stuffed tiger couldn’t hurt.

Harley Quinn from Birds of Prey

It might seem like Harley Quinn is a popular Halloween costume every year — but with 2020’s release of Birds of Prey, you’re bound to see even more of this DC Comics character roaming the streets on October 31.

To dress in her likeness, you’ll need a bunch of colorful pieces, including a pink sports bra, a frilly moto jacket, and blue or denim shorts. A mallet accessory completes the look.

Dressing as Wonder Woman is another classic Halloween costume. But with early October’s release of Wonder Woman 1984, the outfit is especially timely. Not to mention, everyone’s fall could use a bit more badass-ery (and Gal Gadot brings that in bulk).

This year’s film brings a new golden suit to Diana’s wardrobe — but you can never go wrong with the classic Wonder Woman outfit and accessories.

Back in January, Cheer was everyone’s favorite show. It featured incredible teamwork, talent and hard work. And lucky for us, it couldn’t be easier to put together a costume inspired by the beloved series.

All you need for this outfit is a cheer costume and a trophy. Make a “Go Navarro” sign so people know exactly which team you’re rooting for — and don’t forget to brush up on a few dances.

The new Marvel movie is set to release on November 6, but we expect this character will be top of mind throughout the Halloween season — and will be one of the top-trending costumes.

Throw on a premade Black Widow costume or pair a black bodysuit with a tactical belt and a red wig and you’ll have a super outfit that’s fit for a superhero.

A cat from CATS

OK, hear us out. This is an incredible Halloween costume because it’s both easy and warm. Plus, your outfit won’t have that whole “digital fur technology” problem that made the movie’s costumes so creepy in the first place.

All you need to get the look is a nude bodysuit, cat ears and some face paint. Put all that together and you’re ready to go out on the prowl (for candy, that is).

The Teddy from The Masked Singer

Your favorite wacky competition show is one of the top favorite hits on FOX — so why not celebrate by dressing as one of this year’s most wild contestants: Sarah Palin as a rapping bear.

While you could try buying a fuzzy bear onesie from Amazon and passing it off as a Masked Singer costume, it might be more convincing (and creative!) if you DIY one yourself: Just pop on a pink, blue, and purple outfit and a bear-ear headband. The more faux fur the better. (Bonus points if you bring a microphone along with you.)

In late July, Taylor Swift dropped Folklore, the whimsical quarantine album we never knew we needed. It took the internet by storm, launching a series of fan theories, memes and TikTok trends.

To take your Folklore costume one step further, find a pal to dress up with you as a Taylor Swift from a different era… say, Lover. All your friend will need is an iridescent romper and some heart-shaped glasses. Print out the cover art from each album and glue them to a piece of cardboard to wear as a necklace.

You’ve had the song stuck in your head all year, so you might as well just give in and make it a part of your Halloween, too.

This costume works best when you’ve got the whole family in on it (and trust us, the kids will love dressing up as a group), but you can also swim solo in a Baby Shark (doo doo doo doo doo doo) T-shirt.

Janet from The Good Place

The Good Place came to an end in January 2020, but you can still pay tribute to your favorite heartfelt comedy and dress up as Janet.

Amazon has the perfect purple vest and skirt to help you replicate Janet’s look. Just put on a light blue blouse underneath (and snag a few fake succulents if you really want to commit to part), and you’re set. Now if only you could teleport and summon objects, too …

We’re still not sure if Forky is really a toy or just a forgotten craft project — but we do know he makes for the only Toy Story 4 costume that matters this year.

Sadly, the full Forky costumes available on Amazon only come in children’s sizes — so adults (even those who are still kids at heart) will have to opt for a Forky-inspired T-shirt instead. Or maybe you could go as the trash can to your kid’s Forky?

Daenerys Targaryen from Game of Thrones

Take full advantage of this pop culture moment while you still can with a Daenerys Targaryen-inspired look, complete with a stunning cape, dress, long blonde wig and boots.

If you’re addicted to your phone (and honestly, who isn’t in 2020?), this Instagram filter costume is for you.

To bring the look to life, call up your Instagram stories on your phone and pick your favorite face filter (here we used the “Rayburst” option). Point your phone at a plain white surface and snap a screenshot, then take the photo to a printing shop — they can blow it up for you and print it on a heavy foam board. All you’ll have to do from there is cut a hole out for your face … and if you really want to commit to the look, add a little matching makeup, too. 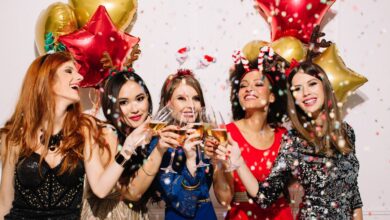 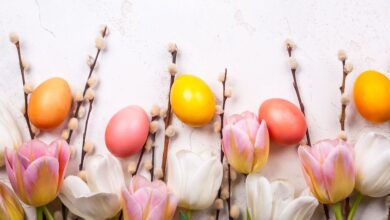 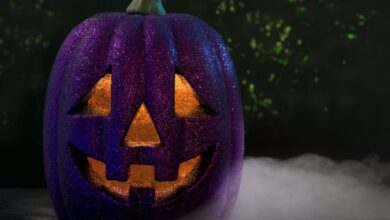 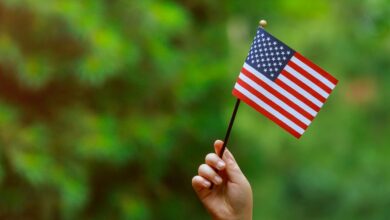