A 19th- and 20th-century complex with several buildings containing a total of six bedrooms, four and a half bathrooms and multiple art studios, on a 4.33-acre lot

Grace Knowlton, a sculptor famed for her minimalist spheres produced in a variety of sizes and materials, lived on this property carved from an estate in Snedens Landing, an enclave on the Hudson River, 12 miles north of the George Washington Bridge. Ms. Knowlton, who died in December at 88, occupied the converted barn and rented the other outbuildings to fellow artists, who made use of the studios and kilns. Her own works ornamented the main house and grounds; several orbs remain and are available to buy.

Snedens Landing, a small, historic neighborhood in the hamlet of Palisades in Rockland County, has long attracted creative people. In the last century it was a summer colony for writers, actors and musicians, including John Dos Passos, Aaron Copland and Laurence Olivier and Vivien Leigh. More recently, Scarlett Johansson, Bill Murray and Uma Thurman have been among the disproportionate number of famous people with houses there. The area is purely residential, but convenient to businesses in Piermont, N.Y. (about four miles north), Orangeburg, N.Y. (about five miles northwest), and Closter, N.J. (about five miles southwest).

Indoors: In 1968, the architect Hugh Hardy renovated the wood-sided barn building as Ms. Knowlton’s living quarters. The structure has a large, open space on the main level. The interior walls and ceiling are white-painted clapboard or stained-wood or molded paneling, and the flooring is wood planking or ceramic tile.

Cabinetry with butcher-block countertops defines the perimeter of the central kitchen, which has a vaulted ceiling. A wood-burning stove on one side anchors an informal dining and seating area. On the other side, the area flows into a living room with a ceiling-high bookcase and a second wood stove.

The main level also includes a dining room that Ms. Knowlton used as her studio. Light pours in from a mullioned wall of glass and an assortment of other windows, including a pair of octagonal portholes. The primary bedroom is on this level, along with an en suite bathroom with variegated shades of square, brown tile on the bathtub wall.

A second bedroom with a skylight occupies its own level, halfway up the staircase. Sections of the upper level are lofted over the main floor, including a bedroom that overlooks the living room and has open beams and a skylight 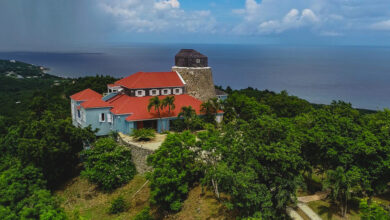 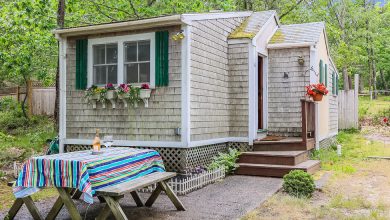 What $300,000 Buys You in Massachusetts, West Virginia and Delaware 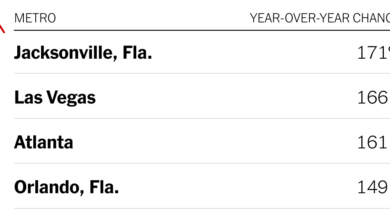 Your Future Landlord Just Outbid You for That House 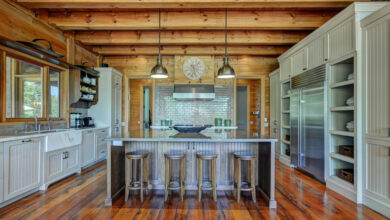 House Hunting in Canada: A Lakeside Super-Cottage in the Muskoka District