You’re the proud owner of a new 5G phone — congratulations! We’ve got some bad news, though: if you live in the US, 5G probably isn’t going to be the mind-bogglingly fast experience that you’ve been promised. For most regions, it’s just a little faster than the 4G speeds we’re used to using. But here’s the good news: 5G is going to get better, so if you have a 5G phone you may want to make sure your plan delivers it.

If you got a phone recently, there’s a good chance it supports 5G. Pretty much every new phone in 2021 — with the exception of some budget models — will offer some form of 5G support. Whatever your preferred brand or operating system, 5G is coming your way soon if you don’t have it already.

Your phone is ready for the next big thing, but what about your data plan? Across the board, the major US carriers’ unlimited plans already include access to 5G. However, carriers offer a mix of 5G bands that vary in speed and coverage. It’s complicated, as all things 5G have been since it first appeared in the US.

It’s complicated, as all things 5G have been since it first appeared in the US

Consider this your guide to the current state of 5G and data plans in the US — which ones include 5G, which don’t, what variety of 5G they include, and whether you should consider upgrading depending on your carrier’s implementation of 5G.

One important note for those with a 5G phone: even if you discover that your current plan does include 5G and it’s available in your area, you may still need to upgrade to a new SIM card if you moved it over from an older device. A SIM card that was activated in a 4G device will still work with a 5G device, but you may have trouble connecting to the 5G network. Check with your carrier if you’re not seeing the little 5G logo pop up on your screen and you think you should be.

For comparison purposes, the prices listed in this article are for one line of service per month before taxes and fees. Additional lines bring down the monthly cost per line, but your total bill increases, of course.

TL;DR: Unless you live in one of the few areas with Verizon’s truly fast UW 5G, we don’t think there’s a reason to change your plan just yet.

Verizon offers two varieties of 5G, the faster of which it calls “Ultra Wideband” (also referred to as millimeter wave or mmWave) and is available only in certain parts of certain cities. It’s scarce, but it is mind-bogglingly fast, and you’ll see a 5G UW logo on your phone screen if your phone is using that network. Oh, and 5G UW signals don’t reach indoors for the most part, so if you’re spending most of your time inside your house or apartment right now, you probably wouldn’t pick it up even if you live in a place where it’s available.

All but one of Verizon’s postpaid unlimited plans includes UW 5G access. It’s also included for prepaid customers on the most expensive unlimited plan.

“Nationwide” is the company’s other 5G, a low-band variety that’s slower than mmWave but offers much broader coverage. In fact, it’s sometimes a bit slower than 4G, so if you’re not happy with the 5G speeds you’re getting, you may want to try limiting your phone to LTE and see if things improve.

Check Verizon’s coverage map to see what’s available in your area. If you do live in a city with UW 5G, be sure to zoom all the way in to see the exact areas and streets with coverage — they’re marked in a darker shade of red that will appear once you zoom in close enough.

Verizon’s Shared Data (data capped) plans and its $80-per-month basic unlimited plan include the lower-tier Nationwide 5G only. For access to UW in addition to Nationwide 5G, you’ll need at least the $90 “Play More” unlimited plan. Verizon offers $10 off those monthly prices if you enroll in auto pay.

TL;DR: Don’t worry about switching up your AT&T plan for 5G.

AT&T’s history with 5G is… fraught. Early on, the company marketed what was essentially LTE technology as “5G E” and (rightfully) caught a lot of flak for it. You won’t see that term in any of the company’s marketing these days, but AT&T customers still might see a 5G E logo on their phone screen when connected to this service. If you do see it, know that what you’re getting is not really 5G.

AT&T’s 5G really isn’t worth upgrading for yet, but if you’re on any of the company’s unlimited plans, you wouldn’t need to anyway

Most unlimited customers, prepaid or postpaid, have access to both flavors of AT&T 5G.

Outside of that debacle, AT&T has invested in its true 5G offerings, which are structured similarly to Verizon’s: a fast mmWave version called 5G Plus in limited places and slower but more widespread standard 5G coverage. However, 5G Plus may be even more scarce than Verizon’s UW 5G. The company doesn’t provide any coverage maps for it, and it says only that it is deployed in “select innovation zones” in parts of certain cities. Testers for PCMag’s annual mobile network test didn’t encounter 5G Plus in cities where AT&T offers it. The carrier’s standard 5G is of the low-band variety similar to Verizon’s Nationwide, and PCMag testers also found that it sometimes lagged behind 4G.

All of this is to say that AT&T’s 5G really isn’t worth upgrading your plan for yet, but if you’re on any of the company’s unlimited plans, you wouldn’t need to anyway. Both 5G and 5G Plus are included in all postpaid unlimited plans, which start at $75 per month ($65 with auto pay). The Unlimited Plus prepaid plan also includes it at $75 per month ($60 with auto pay). AT&T’s only postpaid 4GB data-capped plan doesn’t include 5G and neither do its other prepaid plans.

AT&T may have had a somewhat rocky start with 5G, but the technology will improve. And for now at least, the company isn’t charging a premium for its fastest 5G variant.

TL;DR: All of T-Mobile’s postpaid and prepaid plans include 5G. If you’re on the base postpaid unlimited plan and live in a congested area you might find you have more reliable access to 5G by upgrading. But no need if you don’t notice slowdowns.

Of the three big carriers, T-Mobile might be in the best position to bring truly faster-than-LTE 5G to the most people — but it doesn’t seem to be there quite yet. Verizon and AT&T’s efforts have been concentrated around high and low-band offerings. T-Mobile offers both, too, but it’s also working on converting Sprint’s former midband frequencies to 5G. This might be a sweet spot: not as fast as the mmWave stuff, but genuinely faster than 4G. Recent analysis from PCMag shows the network isn’t delivering on that promise just yet, but T-Mobile promised to extend midband 5G to 100 million people by the end of this year and doesn’t look to be slowing down any time soon.

All of the company’s postpaid plans include 5G, starting with the $65 per month ($60 with autopay) Essentials plan. One caveat: customers on that base-level plan are the first ones subject to slowdowns when the network is congested. T-Mobile also offers 5G on its prepaid plans for both unlimited and data-capped options.

All of T-Mobile’s plans include 5G.

For now, we think T-Mobile customers can stay put on their current plan. Essentials plan customers who are happy with their network speeds and don’t notice slowdowns probably wouldn’t gain much from upgrading just yet. But it will be interesting to see if T-Mobile can make good on its ambitious promises to bring meaningfully fast 5G to more of its customers in 2021.

TL;DR: All plans (pre- and postpaid) include access to 5G.

US Cellular 5G is of the low-band variety, so it’s still only a little faster than 4G. But the good news is if you’re on US Cellular, you have access to the company’s 5G: all plans (pre- and postpaid) include it. And if you’re in a rural area, US Cellular is more likely to offer 5G to you now, while major carriers’ coverage is still mostly concentrated around bigger cities. So there’s not much to deliberate here, if you have a 5G phone and your area is covered, you should be able to connect. We just wouldn’t advise anyone to switch to US Cellular only because it offers 5G where they live.

TL;DR: If you’re happy with your MVNO plan, don’t switch things up just for 5G.

Most mobile virtual network operators, or MVNOs, do include 5G on their plans. Cricket’s unlimited plan offers 5G access using AT&T’s 5G network ($60 per month for one line). All Mint Mobile plans include access to 5G on T-Mobile’s network, and Metro by T-Mobile prepaid plans come with 5G access, starting with a 10GB plan for $40 / month.

A significant caveat though: since MVNOs don’t own the networks they use, carrier subscribers are likely to get preferential treatment when there’s congestion. If you’re looking for the best of the best speeds, one of the big three might be the way to go. But again, that reality is still a ways off. Chances are, you wouldn’t be upgrading to a night-and-day experience if you did switch.

Correction: A previous version of this article stated that only T-Mobile’s postpaid plans offer 5G. T-Mobile in fact offers 5G on all of its prepaid and postpaid plans. We regret the error. 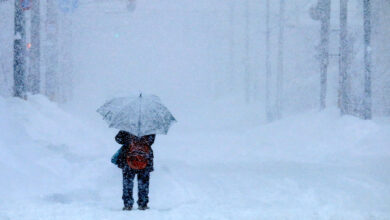 What is a bomb cyclone? 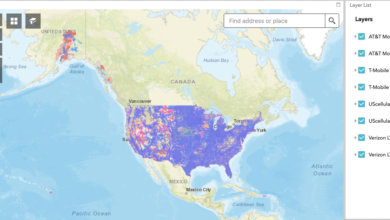 The FCC finally made a new broadband map of the US 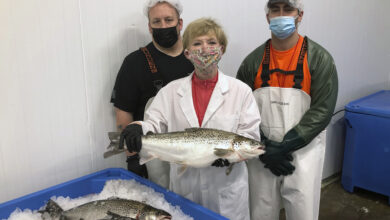 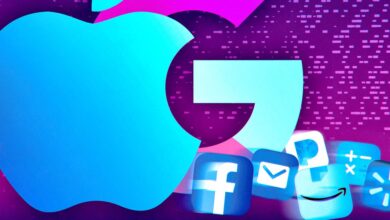 Apple and Google crowd out the competition with default apps