If you follow the Indian automotive scene, you would know that December 2020 and January 2021 have been particularly busy months. New launches, car and bike shoots every other day meant that the entire team was kept on its toes all throughout these two months. But in all this humdrum, I was able to squeeze out the New Year weekend, take a day off and made a plan to visit my grandparents and my cousins in Bhopal. A winter road trip has a charm of its own, even more so, when you are driving down to your hometown and that happens to be a beautiful city. The choice of wheels for the road trip? It was a bright red-coloured MG Hector.

Also Read: In Search Of A ‘Shy’ Reptile In The Tiguan AllSpace 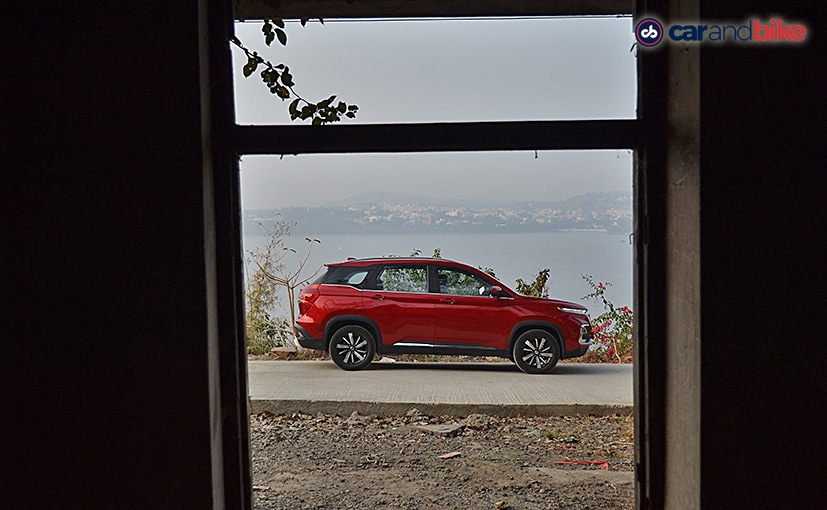 (The MG Hector is a big car, but we managed to fit it in this tight frame!)

The first day was all about driving. Delhi to Bhopal is about 780 odd km and the first 200 km are actually quite easy because one had to drive on the arrow straight Yamuna Expressway, till Agra, and then take the Agra Bombay Road, via Gwalior. But, the expressway is notorious for fogging up heavily during winter and fog is what I encountered too. The fog started clearing only after Mathura, which set me back by at least an hour or so, as I was doing speeds of barely 30-40 kmph. Nonetheless, the situation started getting better, roads were good and I was able to make up time. One finally reached Bhopal at 7pm in the evening. The fatigue notwithstanding, I was looking forward to having some delicious home-cooked food, courtesy of the maternal grandmother! 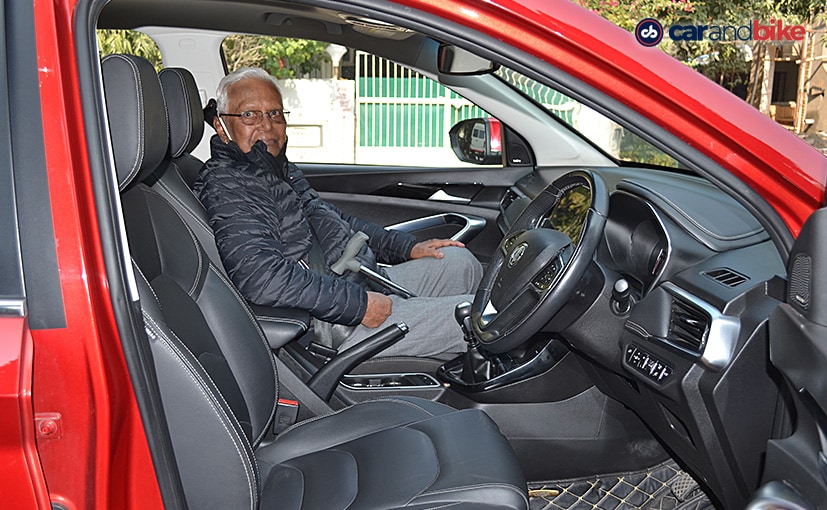 (My grandfather quite liked the space and comfort that the Hector offered. Although he had a complaint about the rattling)

Day two was all about meeting my paternal grandfather who stays at the other end of the city. And cousins and my nephew and their pet dog Buddy, who is a young German shepherd! Mischievous to say the least! The grandfather has lived for over 90 years on earth and even then his eyes still sparkle every time he gets a chance to sit inside and experience a new car! He was also inquisitive about all the features that the Hector offered, particularly the voice commands. Now it was time to go for a quick spin. The entire family was quite keen on it, so I had to do two trips to accommodate everyone. Buddy the German shepherd was the first one to hop on, into the boot. He seemed to be fairly impressed by the space that the boot offered and happily did both trips! 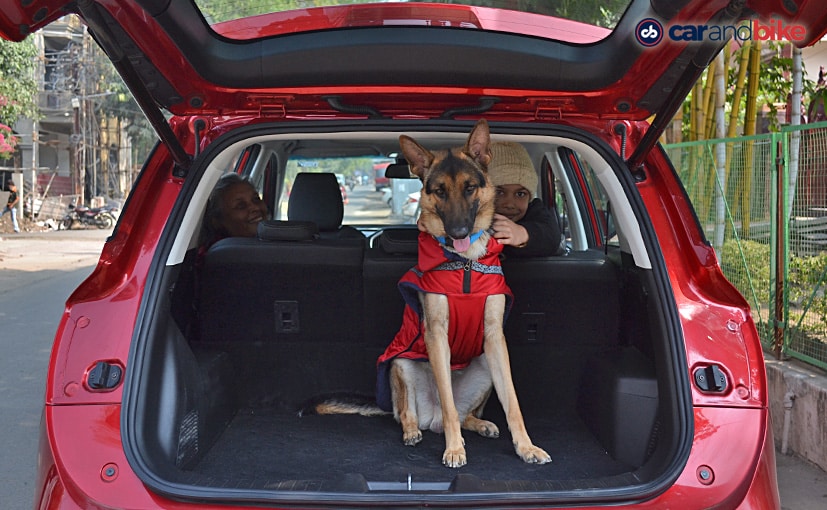 (The boot of the MG Hector was where Buddy the German Shepherd made himself comfortable. Notice the shy smile on my nephew’s face, peeking out from behind Buddy)

My grandfather was particularly impressed with the comfort and the ride quality that the MG Hector offered. Although he did point out that the car had rattles, which was true. The SUV did rattle a fair bit, but it can be down to the fact that the Hector was a part of MG Motor India‘s press fleet and countless journalists, influencers and bloggers may or may not have driven it before I had it for my trip. Nonetheless, the Hector enjoyed its trip to Van Vihar National Park, a medium sized zoo, spread over 445 hectares. 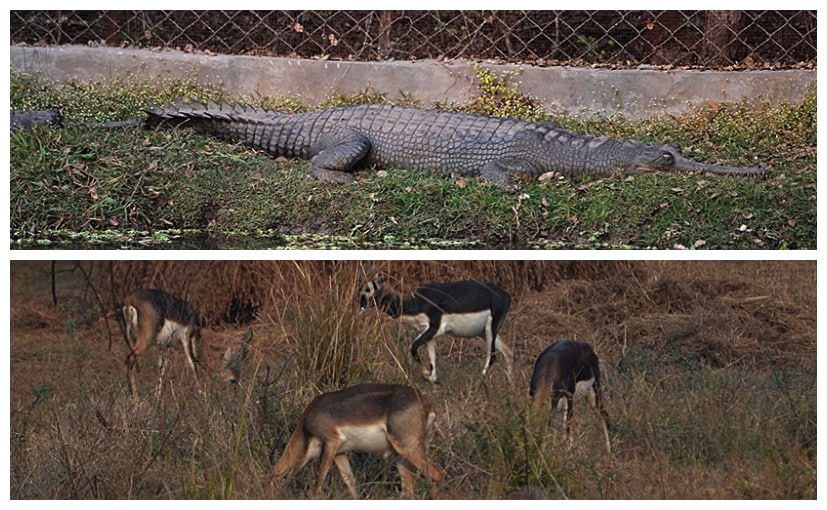 The Van Vihar National Park is situated adjacent to the Upper Lake or ‘Bada Talaab’ as locals usually call it. The area consists of small grasslands along with a wetland as well. The area has big enclosures for animals such as Tigers, Gharials, Crocodiles, Black Buck and other fauna. Van Vihar is not only a zoo but acts as a wildlife rescue centre and a conservation breeding centre as well. 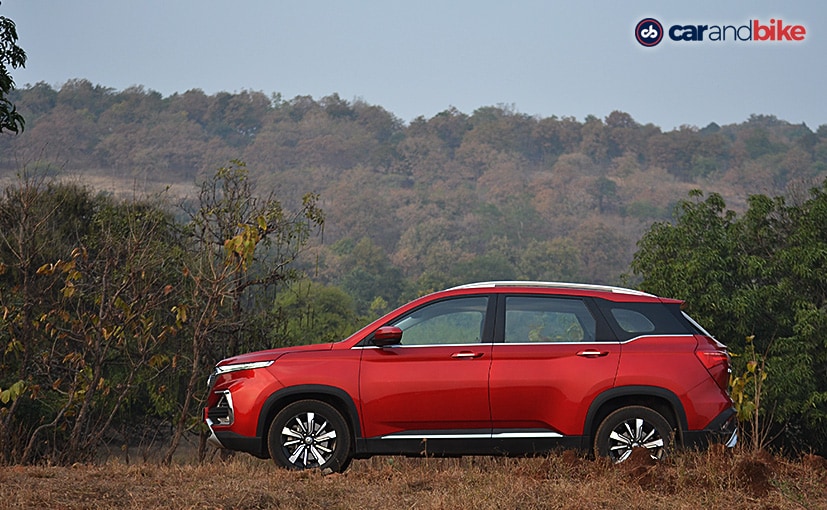 Day 3 was actually the New Year’s Day and it was all about putting up your feet and relaxing at home with the family. Conversation and gossip flowed freely, smell of good old grandmother’s cooking wafted through the house and scrumptious food was had! The relaxed scene stretched well into the evening post which it was time for me to pack up and head back to Delhi, where work awaited. The journey back was more or less uneventful, with the exception of torrential rain pouring down as soon as we reached Mathura. 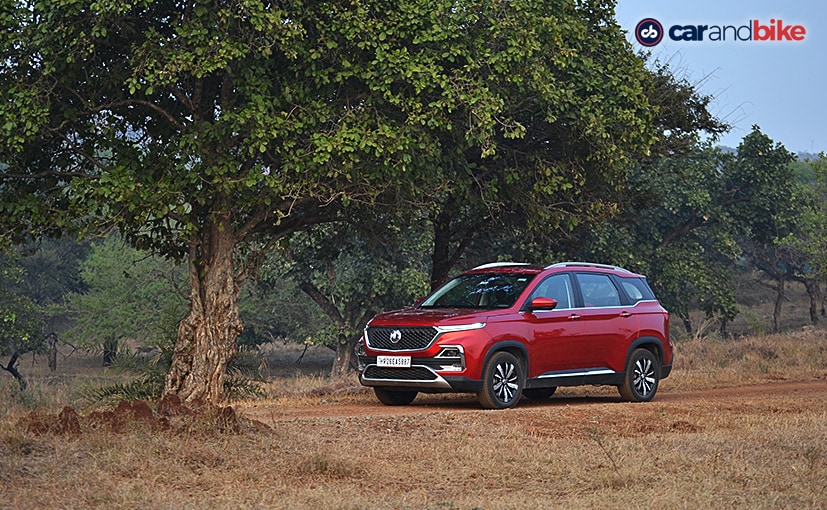 (The MG Hector may not be an off-road vehicle, but trails like these are despatched easily)

The MG Hector made light work of a quick 1,500 km road trip. It is big, spacious and comfortable. The audio system is pretty decent and the voice commands worked well too. But, its size posed a problem. Especially in a city like Bhopal, that has narrow roads and plenty of two-wheeler traffic. Plus, the rattling bit, I have already spoken about. I had the Hector with the 2.0-litre diesel engine and at one point in time I was getting average fuel efficiency of about 19 kmpl, which is extraordinary, for a car of its size and weight. 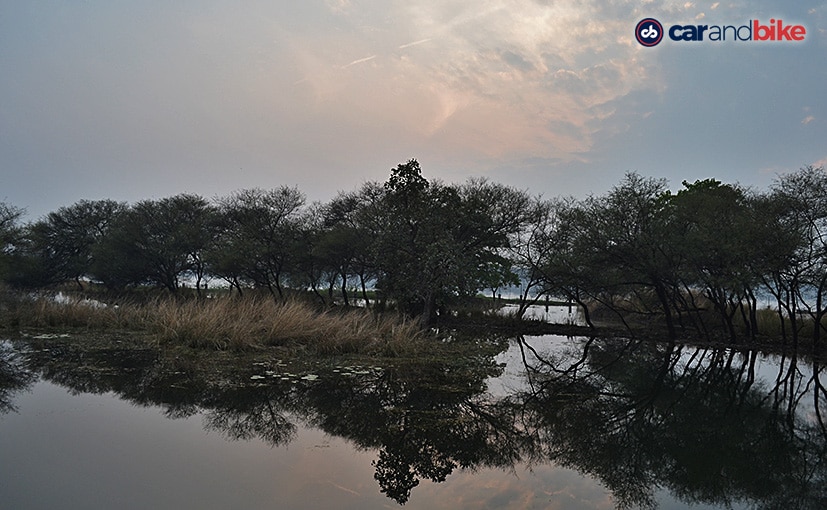 (Sunset views like these make for a lovely photograph, even lovelier memories)

The drive experience was good and most importantly, my family members quite liked the car, especially Buddy the GSD. Overall, it was very short but a fulfilling drive to Bhopal, my hometown, and back, getting an opportunity to spend New Year with my family and loved ones. The Hector sure made it possible, and fun!

A Fall in Virus Cases