(Pocket-lint) – Apple has four new iPhones in its portfolio, with two standard models and two Pro models. Unlike 2021 when we saw a smaller iPhone mini and a standard iPhone, this year the standard iPhone remains, while the mini has been replaced with a Plus.

The iPhone 14 and the iPhone 14 Plus are identical in all aspects, except their physical size and battery capacities. That’s like the iPhone 13 mini and iPhone 13 of last year – but what are the new models like in the flesh?

Pocket-lint was at the launch event in Cupertino to bring you our first impressions. Will the standard iPhone 14 remain the iPhone for everyone, or is this the year that the higher priced Pro steals the limelight?

The Apple iPhone 14 plays it safe, both in its design and hardware, and that makes the proposition to opt for the iPhone 14 Pro this year more appealing than it may have been in previous years.

There are of course some upgrades – you get an improved main camera, an upgraded front camera and a slight battery increase compared to the iPhone 13. The design is identical and there’s not a huge bump in performance either, but it’s still a great design and a small performance upgrade all the same.

For those with the iPhone 13 though, the iPhone 14 is more of an “S” upgrade, but without a new chipset. It makes more sense for those with an iPhone 12 or older to buy it, as the improvements will be clearer.

This year more than any in the past though, there’s a stronger argument to buy the Pro model. We’ll update this as soon as we have reviewed the Apple iPhone 14 in full.

The Apple iPhone 14 shares an identical design to its predecessor, the iPhone 13. Offering an aerospace-grade aluminium frame over the Pro’s surgical-grade stainless steel body, and the flat edges we’ve seen since the iPhone 12 models, the only surface-level difference from the 2021 model is the new colour options.

That’s not a bad thing though. That classic “if it ain’t broke, don’t fix it” saying applies, and while we’d like to have seen the notch disappear for an all-screen design – or at least the same display design as the Pro models – the iPhone 14 remains a great looking device.

On the rear, there are two camera lenses once again. They sit diagonally in a square frosted-glass camera housing, offset against the rear’s otherwise glossy finish. There’s a seamless transition between the the housing and the back panel as well, just as there was with the iPhone 13, which creates a lovely continuity to the back.

The left edge features the signature silence switch, along with the volume buttons, while the right edge features the power button and a SIM tray. That is, for all countries except the US, where the iPhone is going eSIM only and replaces the physical SIM slot with a frosted section instead.

Speakers are positioned either side of the Lightning port – yes it is still Lightning and not USB-C – and the speaker sits above the notch on the front of the device.

The iPhone 14 comes in five colours as we briefly mentioned, including a new Purple option – which is stunning – along with Blue, Starlight, Midnight and (Product) Red. Like its predecessors, it’s water resistant and features MagSafe. The aluminium frame means the iPhone 14 is quite a lot lighter than its Pro sibling, while those flat edges make it lovely to hold.

Not much has changed compared to the iPhone 13, but there’s still plenty to love here.

The Apple iPhone 14 features an identical display to the iPhone 13. It’s a 6.1-inch display with a 2532 x 1170 pixel resolution for a pixel density of 460ppi. It’s an OLED panel again too so you get punchy and vibrant colours and very black blacks. There’s ample brightness too at 1200nits, though it’s not as bright as the iPhone 14 Pro’s 2000nits peak brightness.

Apple technologies including True Tone and Haptic Touch are on board though – both of which we have separate features on if you want to know more about what they mean. Support for HDR is there too, as you would now expect from a flagship smartphone.

We’d love to have seen a higher refresh rate on the iPhone 14, and the Always-on Display even if we had to miss out on Dynamic Island, but the iPhone 13 still offers a great display so we’re expecting the same experience from the iPhone 14.

The Apple iPhone 14 runs on the A15 Bionic chipset like the iPhone 13 – which is the first time Apple has not upgraded the processor when launching a new phone. Is it an issue? Well probably not as the A15 is a very capable chipset – but we are a little disappointed the standard models are no longer running the same hardware as the Pro models.

They have been upgraded to the iPhone 13 Pro’s five-core GPU, rather than the iPhone 13’s four-core GPU, but otherwise, you’re getting the same hardware as last year’s model. There is 5G connectivity, like the iPhone 13, but the iPhone 14 also offers satellite connectivity if you are in the US. Other countries will be coming soon, and you can read about what it means in our separate feature.

Storage options start at 128GB and run up to 512GB, which again is the same as the standard iPhone 13 models.

There is a bump in battery however, with the iPhone 14 said to last one hour longer than the iPhone 13, meaning up to 20 hours. Of course, we will have to wait until we review the device in full to test that out.

The Apple iPhone 14 opts for a dual rear camera, comprised of a 12-megapixel main sensor and a 12-megapixel ultra wide sensor. This is the same setup we have seen since the iPhone 11, with the standard models losing out on the extra telephoto lens offered by the Pro models.

In terms of features, there’s sensor-shift stabilisation again – something that was introduced on the iPhone 13 models – which is again designed to improve low-light photography, and there’s Smart HDR 4, Portrait Mode with advanced bokeh and Depth Control, and Night Mode with Deep Fusion.

You’ll also find Photographic Styles and Cinematic Video. Cinematic Video has been upgraded to offer 4K recording at 24fps and 30fps, and there’s also a new feature called Action Mode that is designed to offer more stable video when moving.

The front camera on the iPhone 14 is a 12-megapixel sensor, and it offers features including Night mode, Deep Fusion and Photographic Styles too. It’s got a wider aperture than the iPhone 13 though at f/1.9 and it offers autofocus.

We couldn’t test the iPhone 14’s camera capabilities out during our hands on session, but we will be sure to put the camera through its paces when we review it in full. The one thing we would say though is Apple has also been great with processing so while the iPhone 14 may not have a super high resolution like some competitors – or even as high as the iPhone 14 Pro – you will likely still be able to point and shoot and get a decent result, and there’s a lot to be said for that.

The Apple iPhone 14 arrives on iOS 16, which Apple detailed back on June. You’ve been able to download the public beta of the new software build since July so you may already be familiar with it.

The software brings an array of new features with it – all of which you can read about in our separate feature – but one of the biggest changes is to the Lock Screen. With iOS 16, you get a lot more personalisation options, with the ability to change fonts, colours, images and add Widgets.

There are also some other great features, like a Live Activities feature that enables you to keep up with live events in real-time, the ability to set a different Focus per Lock Screen and some big changes to Messages, Photos and Mail.

Of course, you don’t need an iPhone 14 to experience the iOS 16 software as it is compatible with the iPhone 8 and later, but there are a couple of features that are exclusive to the iPhone 14 range, including Car Crash detection, which you can read about in our separate feature, and Action Mode on the camera.

The Apple iPhone 14 plays it safe, both in its design and hardware, and that makes the iPhone 14 Pro the more attractive option this year than it may have been in previous years. There are of course some upgrades – you get an improved main camera, an upgraded front camera and a slight battery increase compared to the iPhone 13. The design is identical though and there’s not a huge jump in performance either – but that’s still a great design and solid performance.

Is College Worth It? Biden’s Loan-Forgiveness Plan Puts the Debate in Overdrive. 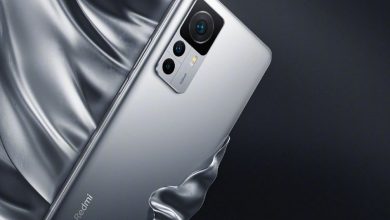 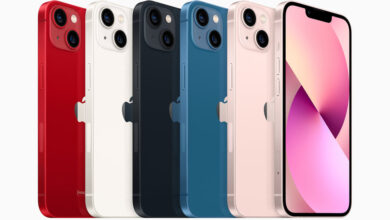 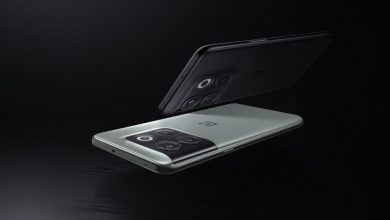 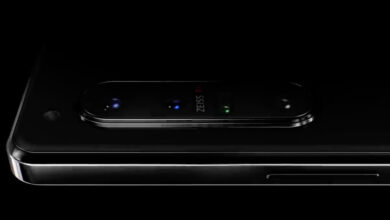