One year ago at this time, the Tampa Bay Buccaneers knew they were at a quarterback crossroads.

With former No. 1 overall pick Jameis Winston ending his fifth season with the NFL’s first-ever 30-30 season (33 touchdown passes, and NFL-high 30 interceptions) and the 7-9 Bucs missing the playoffs for the 12th straight season, it was time for a major move.

And according to head coach Bruce Arians, once six-time Super Bowl champion Tom Brady became available for the first time in his career, it was time for Tampa Bay to push all of their chips in.

As Arians reflected Thursday on how far the franchise has come in 12 months — just over a week until playing in Super Bowl LV against the Kansas City Chiefs — the subject during the Buccaneers’ media session shifted to why the Bucs gambled the organization on a passer who would be 43 during the 2020 season, even if he is arguably the greatest quarterback in NFL history.

“You can’t hit a home run unless you’re going to swing for one,” Arians said. “You can’t do anything special in life sitting on a fence.”

In hindsight, no one would question the signing of the oldest free-agent starting quarterback the league has seen, not after Brady again defied time by throwing for 40 touchdown passes and 4,633 yards in leading Tampa Bay to 11 wins and its first Super Bowl appearance since 2002 — the season after Brady won his first Super Bowl at age 24.

Despite his six rings, Brady’s performance had dipped — with decreases in both pass yards and touchdown tosses in consecutive seasons. Yes, Brady had recently won a Super Bowl in beating the Los Angeles Rams in 2018, but his offense put up just 13 points that day — and Brady looked (gasp) older and slower in the Patriots’ playoff loss to Tennessee last season.

But according to Arians, once Brady became available, there was no hesitation in Tampa Bay.

“The question back then was, ‘If there was a quarterback that was a free agent, who would you want?’ ” Arians recalled. “Of course, it was Tom Brady, not thinking he’d become a free agent.

“Once he did, it was a pursuit that we wanted to make and knew he had some interest.”

When asked about the Buccaneers’ supposed gamble on Brady, the NFL icon displayed the confidence of a man who had no doubt a record 10th trip to the Super Bowl was entirely possible.

“I’d like to think that I wasn’t that much of a chance after a lot of years,” Brady said. “Becoming a free agent and then having the opportunity to continue my playing career. … I love the opportunity that presented itself here, which is ultimately why I chose here. I really love the coaching staff, I loved the players that they had. I looked at those players and thought, ‘Wow, these are really great players. This would be a good opportunity for me.’ “

The ride was not always smooth. Brady’s Bucs began the season losing to fellow quarterback legend Drew Brees and the New Orleans Saints in the season opener, then again 38-3 on a Monday night to Brees on national television.

Tampa Bay looked wonky at times at 7-5, but since a Week 13 bye, the Bucs have won seven straight and have peaked into becoming the first team ever to play a Super Bowl in its home stadium.

“It just ended up being a great fit and as it’s played out, I’ve just thought, ‘Wow, this has really been a magical year.’ ” Brady said. “For me as a player to switch teams, that takes a lot. To move my family, to go to a different conference, to keep building the way we did and develop a rapport with the guys that we have here — so much of football is about the relationships that you get with your teammates [and your] coaches. The fact that we’re still playing feels really good for me and understand that we’ve put a lot into it.

“Hopefully we can go finish the job.”

The final step will not be easy — against the defending Super Bowl champion Chiefs, winners of 25 of their last 27 games, and quarterback Patrick Mahomes. Arians was asked Thursday if Kansas City’s young star could chase down Brady’s records one day, and replied, “There’s no doubt that if there was a player who could do it, it would be Patrick.”

But Arians also hinted that his team would always go down swinging, regardless of the odds or the challenge.

“That’s how you live life. Do you sit and live in a closet trying to be safe, [or are] you going to have some fun?” 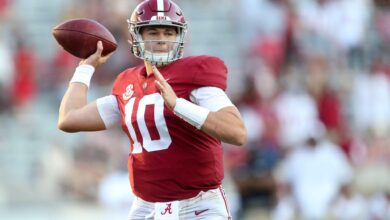 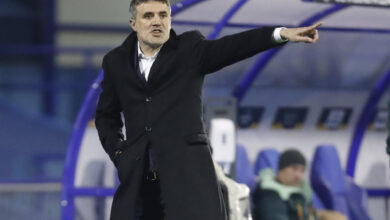 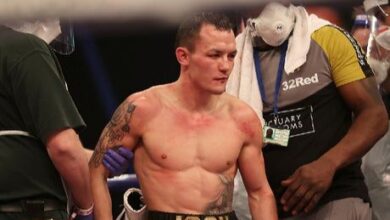 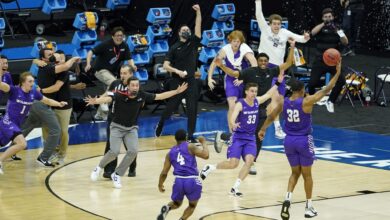