FAYETTEVILLE — The much-anticipated Arkansas-Arkansas State football game in 2025 will come with a hefty price tag, albeit one much cheaper than similar matchups.

The Razorbacks will pay the Red Wolves a $900,000 guarantee to play them inside War Memorial Stadium on Sept. 6, 2025, according to a copy of the game contract HawgBeat obtained via an open records request with Arkansas State.

The Red Wolves have received as much as $1.9 million for a date with a school from college football’s top tier, as Georgia paid them that for a 55-0 beatdown in 2019.

Not including the $550,000 they received from Kansas State in a game thrown together just before last season because of the pandemic, the Red Wolves have or are set to get an average of $1.7 million from such games between 2017-24.

Arkansas State was previously scheduled to play Texas A&M in 2025 and it was reportedly going to receive $1.65 million for that game.

On the flip side, playing a non-conference game against Group of Five schools has come with a seven-figure price tag for Arkansas in recent years.

The Razorbacks’ narrow win over Coastal Carolina in 2017 and losses to San Jose State and Western Kentucky in 2019 each cost them $1.5 million, which is believed to be the most they’ve ever paid for a non-conference game.

Between 2017-19, Arkansas dished out – or was scheduled to pay – an average of $1.37 million to Group of Five opponents. That includes a reported $1.3 million the Razorbacks were set to pay Colorado State in 2019 before it became a home-and-home series.

Even the 2018 homecoming game against Tulsa, whose travel to Fayetteville is about equal to what Arkansas State will have to get to War Memorial Stadium, cost the Razorbacks $1.45 million, according to the Arkansas Democrat-Gazette.

The contract – which designates Arkansas as the home team, meaning it isn’t considered a neutral site game – also calls for Arkansas State receiving a maximum of 10,000 tickets to sell for the game.

That total is about 18.5 percent of War Memorial Stadium’s capacity and will include tickets for student-athlete guests, band, cheer and students. Arkansas State will get 60 sideline passes for necessary personnel, as well.

If either program calls off the game for reasons not covered in the “force majeure” clause – which covers things like natural disasters, pandemic, civil disturbance, etc. – it will cost it $1.5 million within 60 days of the game.

Those details, as well as the game guarantee, were blacked out on the copy of the contract obtained through Arkansas. That is a common practice for the UA, which cites a “competitive advantage” exemption in the state’s Freedom of Information law because it negotiates such deals with other schools.

^Michigan game was originally scheduled for 2020, but was not played because of the pandemic. Instead, Arkansas State added Kansas State.

*According to the Arkansas Democrat-Gazette, it was originally $1.5 million, but the deal was reworked to allow a portion to be paid in advance. 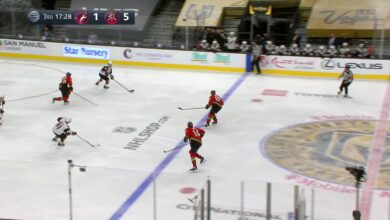 Dryden Hunt with a Goal vs. Vegas Golden Knights 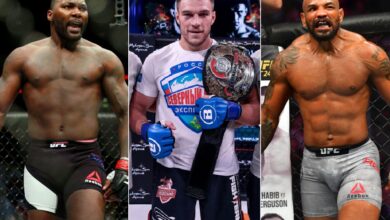 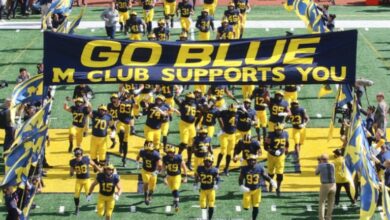 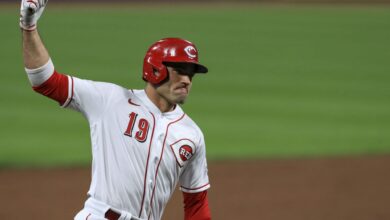 Reds star Votto back after COVID-19, unsure when he’ll play