Yet despite their misgivings, all three risked arrest to join the protests that swept across Russia last weekend calling for Mr. Navalny’s release — and were considering doing so again on Sunday.

“Entering a phase of intense crisis is a lesser evil than this slow degradation of the country,” Mr. Pasechnik, 42, said. “We need this catalyst, now.”

Opposition to President Vladimir V. Putin has long come in many hues — from Stalinists who dream of resurrecting the planned economy, to nationalists who want to restrict migration and annex more of Ukraine, to urban liberals who long for democracy and closer ties with the West. Rarely have these disparate groups come together as they have in the last week around Mr. Navalny — because the moment has arrived, more and more Russians say, when they can no longer abide passive acceptance of Mr. Putin.

“Navalny has, for the first time, sparked a Russian protest movement against the president,” said Konstantin Gaaze, a sociologist at the Moscow School for Social and Economic Sciences. “It is a historic moment for the country.”

Mr. Putin is in position to ride out the protests, as he has in the past, using a sprawling security apparatus adept at stifling discontent while avoiding large-scale repression that could inflame passions further. Even many of the protesters themselves said it would take far bigger crowds to persuade the Kremlin to change course.

Still, the latest flash of discontent is notable because it unites right and left, old and young; and the protesters, rather than vaguely targeting government officials, are unabashedly attacking Mr. Putin himself.

That means Mr. Putin faces an unusually volatile moment — as evidenced by the extraordinary spectacle recently of the president personally denying Mr. Navalny’s accusation that he had built himself a secret palace on the Black Sea.

Mr. Putin’s usually atomized critics have come together around the figure of Mr. Navalny, 44, not for his political views but because he is perceived as a symbol of the main source of the anger that many Russians feel toward the Kremlin: injustice.

Ms. Nikiforova, the monarchist, who is 37 and works as a screenwriter in Moscow, initially went along with the narrative of a Russia rising from its knees under Mr. Putin that is piped out constantly by state TV. She remembered the broken street lamps of the post-Soviet 1990s, the used needles discarded by drug addicts cracking underfoot on Moscow’s sidewalks, and saw the possibility of wealth and hopes of a revival under Mr. Putin, who took power in 1999.

Years later, after she became a parent, she saw the failings of Russia’s schools, courts and hospitals. But she still believed that Mr. Putin’s government could improve. And she refused to accept that the state he ruled had something to do with the atrocities attributed to it in the West — like the shooting down of Malaysia Airlines Flight 17 over Ukraine in 2014 or the poisoning of Mr. Navalny in Siberia last summer.

Things changed after she saw the investigations that Mr. Navalny published in December about his own botched poisoning, in which the opposition leader worked with journalists using phone and flight records to show that a team of chemical weapons specialists from the domestic intelligence agency had followed him for years. Then came Mr. Navalny’s dramatic return to Russia from Germany, his immediate arrest, and his report on Mr. Putin’s purported palace, which has been viewed 100 million times on YouTube.

“He won’t stop on his own,” Ms. Nikiforova wrote on Facebook on Jan. 23, in a post that has since garnered 6,600 “likes,” comparing Mr. Putin to an abusive husband. “This is a moment when a great number of people just can’t take it anymore.”

So last Saturday, Ms. Nikiforova packed tangerines in a shopping bag and made a dentist’s appointment, so as to have two alibis when she went to the protest, which the authorities declared illegal. She said she personally would like Russia to be a constitutional monarchy, like Britain, but said that Mr. Navalny’s precise political views were now beside the point.

“We simply don’t have any other real opposition,” Ms. Nikiforova said. “There is no choice. We have Navalny, who has truly shown that he can resist those in power.”

Vladimir Milov, a former deputy energy minister and now an adviser to Mr. Navalny, said the opposition leader’s team did not view ideology as an important factor in mobilizing protesters.

“The vast majority of people who come out are not partisans of any ideology or have specific views — they just want change in the country,” Mr. Milov said. “Most people who participate in protest movements are just tired of corruption.”

Mr. Navalny made a name as an anticorruption blogger in the early 2000s, but also engaged in nationalist politics, turning off many liberals. Three-quarters of the viewers of his “Navalny Live” YouTube channel were men, its director, Lyubov Sobol, told The New York Times last May. Ms. Sobol attributed that phenomenon to Mr. Navalny’s brusque, radical style.

Yet last weekend, about 45 percent of those at Mr. Navalny’s rally in Moscow were women, and 42 percent said they had never protested before this year, according to a group of sociologists who surveyed the crowd.

“The madness and the lawlessness have reached an utterly colossal scale,” said Zalina Marshenkulova, a feminist activist, explaining why she supports the protests even though Mr. Navalny has been accused of sexism in the past. “It’s rather hard to talk about women’s rights when we don’t have human rights.”

Among those who had never attended a Navalny rally before was Mr. Pasechnik, a blogger and filmmaker who wants Russia to be a socialist democracy in which the means of production belong to the state.

When Mr. Navalny led major protests in Moscow in the winter of 2012, Mr. Pasechnik saw him as part of a subversive “fifth column” planted inside Russia by the West. Like most Russians, he celebrated Mr. Putin’s annexation of Crimea two years later. But he was disappointed that the Kremlin did not bring eastern Ukraine into the fold as well.

He says he finds Mr. Navalny just about as distasteful as he finds Mr. Putin, seeing both as beholden to the capitalist West. But he sees the current protests as the best chance to try to bring change, offering an opening for movements such as his own. And he called for solidarity with Mr. Navalny over his persecution by the state, cautioning that “what happened to him could happen to any of us.”

“People understand that this is Russia’s Politician Number One,” he said of Mr. Navalny. “If he calls for going into the streets, we all understand that people will come out, and other forces must make use of this.”

Mr. Navalny reiterated his support for protests in a cinematic courtroom speech on Thursday. He faces another hearing next Tuesday, when he could be sentenced to several years in prison for alleged parole violations related to a suspended sentence for embezzlement he received in 2014. Europe’s top human rights court has ruled that his conviction was politically motivated.

“I’m happy that more and more people now understand the law and the truth are on our side,” Mr. Navalny told the court by video link from jail on Thursday. “We are the majority, and we will not allow small bunches of villains to force their ways upon our country.”

The Kremlin counters that Mr. Navalny’s backers make up a small minority of the country, and his true support remains hard to measure. Even many Russians who agree with Mr. Navalny’s description of the ruling elite as corrupt still fear that chaos would ensue were Mr. Putin forced to give up power.

Mr. Svetov — a 36-year-old nationalist libertarian inspired by former President Donald J. Trump — is among Mr. Putin’s most prominent critics on the Russian right. He says Mr. Putin’s image as a defender of conservative, Christian values is a figment of Kremlin propaganda, belied by the president’s openness to immigration from Central Asia and his close ties with Ramzan Kadyrov, the brutal leader of the predominantly Muslim Russian republic of Chechnya.

Mr. Svetov says 29 members of his Libertarian Party of Russia have been arrested in connection with last Saturday’s pro-Navalny rallies. Speaking over an encrypted connection while in hiding from the police, Mr. Svetov said that the protests were “more angry than ever before in Putin’s Russia” but that the crowds appeared insufficient to persuade the Kremlin to free Mr. Navalny.

“My forecast is not very optimistic, unfortunately,” Mr. Svetov said. “I think a lot of people came out — but not in numbers that will be able to achieve something.” 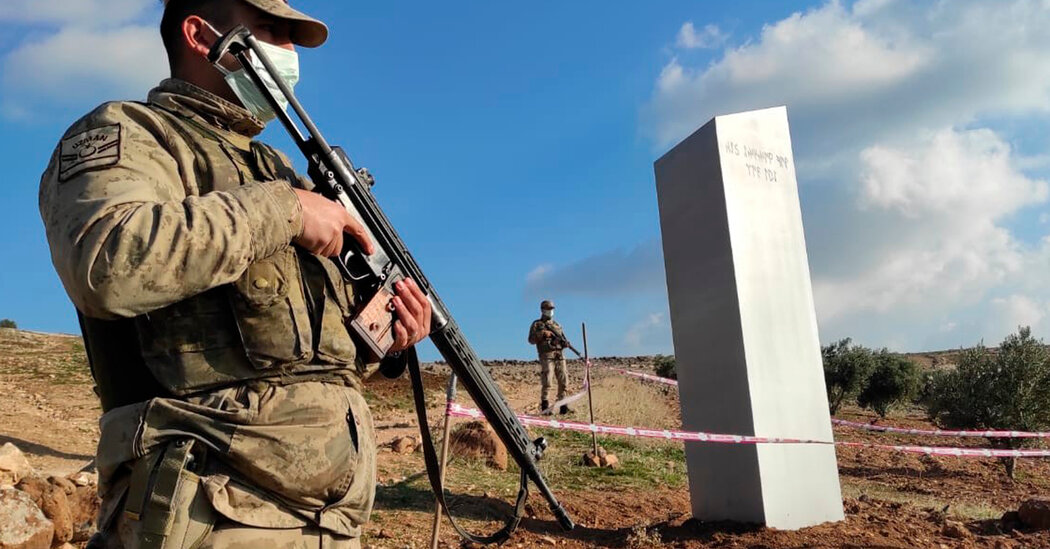 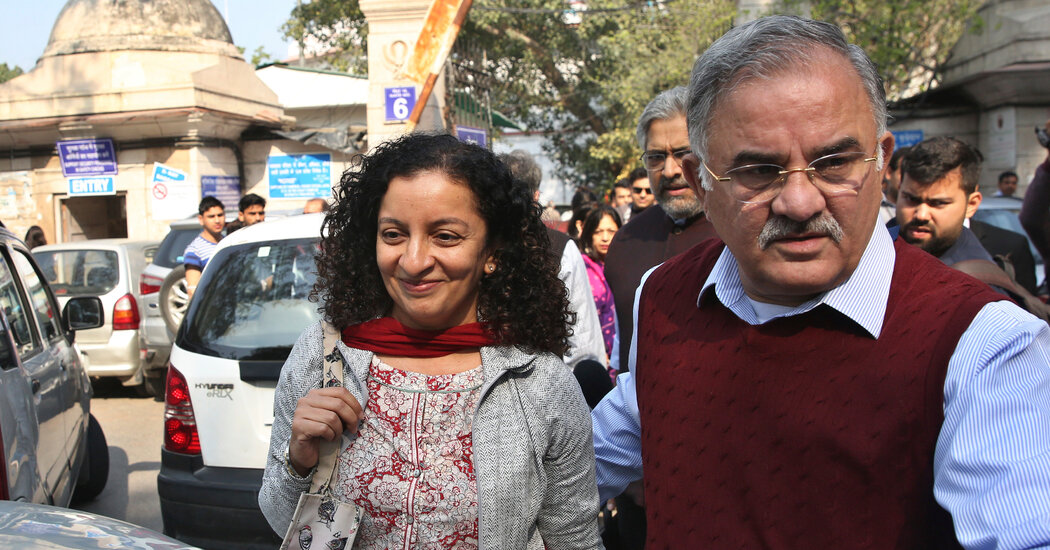