A rough road. Ashley Benson and G-Eazy‘s relationship didn’t end on a good note, a source tells Us Weekly exclusively, noting that things between the actress and the singer, both 31, went from bad to worse quickly.

“Ashley and G-Eazy fell hard for each other fast. Everything moved very quickly, and they were obsessed with each other. Recently things took a hard turn for the worse,” the insider tells Us of the pair, who were first linked in May 2020. On Monday, February 8, Us confirmed that they had split.

“They were arguing all the time and it wasn’t good for either of them,” the source adds. “Ashley is the one who ended things.”

Benson was previously in a relationship with Cara Delevingne for nearly two years. The “No Limit” singer, for his part, was linked to Halsey on and off until 2018. G-Eazy (whose real name is Gerald Earl Gillum) and the Pretty Little Liars alum bonded over their similar interests in music, and he gushed over her singing abilities five months into their relationship.

“She’s an exceptionally talented person in many different spaces. She’s a special one,” the People’s Choice Award winner told Entertainment Tonight in October 2020. “Obviously, she’s a great actress, but, you know, getting to work with her and putting her in front of a microphone and watching her sing so effortlessly, she has this very special tone of voice and texture and something that’s very innate to her given that’s not her first job or what she’s known for.”

He added, “It just blew me away that you can have such a hidden, special talent that the world doesn’t get to see as often.”

The “Me, Myself & I” rapper also raved about the Christmas Cupid actress via Instagram on her birthday in December 2020, sharing six photos of the pair. “Happy birthday beautiful 🖤 @ashleybenson I love you to the moon & back,” he wrote.

All photos of her have since been deleted from his account, and she has unfollowed him. 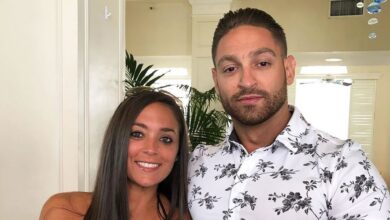 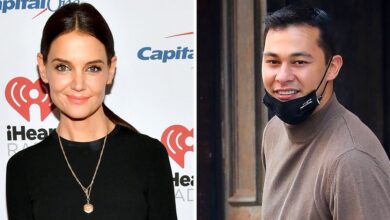 Katie Holmes, Emilio Vitolo Jr. Are Giving Each Other ‘Space’ 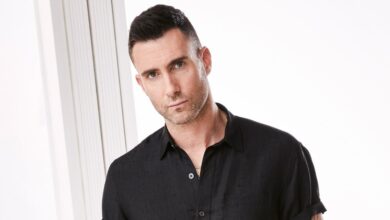 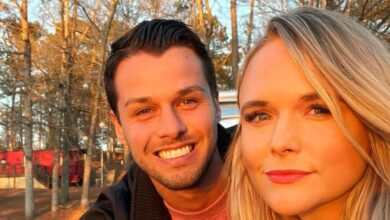