The NBA’s leading points-per-game scorer Bradley Beal was forced into a relatively quiet night as the Atlanta Hawks saw off the Washington Wizards 116-100.

Beal started the game with an average of over 35 points a game for the Wizards, but the Hawks only allowed him to score 26.

Atlanta were good on the other side of the ball too, Trae Young scoring 41 in the victory which sees them open up daylight at the top of the Southeast Division.

The Utah Jazz won their 11th straight game with a dominating 120-101 win over the Dallas Mavericks.

Utah held Dallas to just 12 points in the first quarter with Bojan Bogdanovic scoring 32 points for the Jazz.

Giannis Antetokounmpo had 38 points but his Milwaukee Bucks lost to the New Orleans Pelicans 131-126, and the Toronto Raptors left their comeback too late as they went down to the Sacramento Kings 126-124.

The Denver Nuggets had their purple patch brought to a halt, with DeMar DeRozan scoring 35 as the San Antonio Spurs sealed a 119-109 win.

The side had won five on the bounce, but could only muster 23 points in the final quarter.

Elsewhere, Joel Embiid scored 37 for the Philadelphia 76ers in their 118-94 win over the Minnesota Timberwolves, the Los Angeles Clippers defeated the Orlando Magic 116-90, the New York Knicks overcame the Cleveland Cavaliers 102-81 and the Charlotte Hornets bested the Indiana Pacers 108-105. 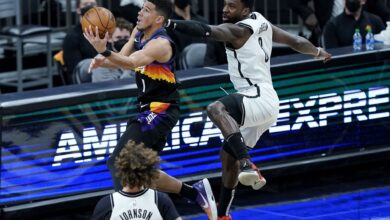 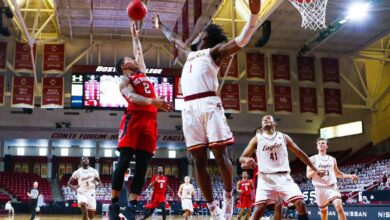 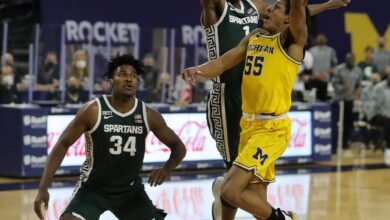 Who will win rematch in East Lansing?