Nonfungible tokens, or NFTs, have a small foothold in the video game industry, but that’s already too much for some gamers. Backlash over the possibility of any prominent game company indulging in digital tokens has been quick and fierce, leading to some developers backtracking on grand plans almost immediately.

Gamers have traditionally pushed back on what they see as exploitative content designed to extract cash from their wallets. From downloadable content, or DLC, to loot boxes, the games industry is always searching for innovative ways to monetize products. Despite pushback from gamers, experts say that NFTs in video games, just like DLC, are here to stay because tokens like these could be potential moneymakers for major game companies.

DLC’s early days have a lot in common with the current state of NFTs. One particular piece of content was especially notorious and represented the beginning of a new era in video game monetization.

It all started with a horse

Content available via download was somewhat commonplace in the late ’90s with the first DLC made for the real-time strategy PC game Total Annihilation. Developers would make new maps, units and other in-game content that PC players could download for free.

Things changed dramatically in April 2006 when Bethesda Game Studios released the notorious Horse Armor Pack for its popular game The Elder Scrolls IV: Oblivion. Priced at 250 Marketplace points, or roughly  $2.50, the Horse Armor Pack was the butt of jokes for years after its release. Serving no purpose beyond cosmetics, it was a precursor to in-game skins, similar to what can be found in games like Fortnite today.

These low-priced in-game items, referred to as microtransactions, were part of Microsoft’s new revenue model for the Xbox 360, which was released in 2005. We take microtransactions for granted today, but back then the reaction was instantaneous. And dramatic.

The backlash against the Horse Armor Pack spread across online message boards like wildfire. Many worried about the precedent being set.

Despite the criticism, the DLC was a big seller for Bethesda.

“[Horse Armor] was one of the most popular [DLC packs] we’ve done, believe it or not,” Todd Howard, game director and executive producer for Bethesda Game Studios, told IGN in 2016. “What’s funny is, we went away from Horse Armor, and the rest of the industry has gone toward Horse Armor.”

In its wake, microtransactions have since become a big moneymaker for game companies bringing in more profit than the games themselves.

In 2020, video game analytics firm SuperData estimated that the industry made more than $92 billion from them in 2020. In comparison, full-game purchases accounted for almost $12 billion.

It’s deja vu all over again

When it comes to video games, NFTs serve a slightly different purpose than traditional downloadable content like Horse Armor. NFTs are digital tokens for mostly digital assets. That digital asset can be anything from a JPEG image of a “bored ape” to a pixelated image of a bird.

Some examples of NFTs in gaming include Pokemon-like creatures you can trade in a game called Axie Infinity or in-game equipment in Ghost Recon Breakpoint. The latter didn’t work out, making a reported $400 when released last December. While the former has been a big moneymaker for some — one player was able to buy two houses with his winnings last year, although the value of the Axie Infinity NFTs has been on the decline for most of 2022.

Game companies are still trying to figure out their strategy for NFTs. They’ve decided to take the cautious approach so far.

“Initially, they were presented by publishers as tokens that represent things already offered for sale in games, like weapons in shooter games,” said Wedbush Securities analyst Michael Pachter. “Gamer response was that calling in-app items offered for sale ‘NFTs’ didn’t change what they were, and responded as if this was just a cash grab by the few publishers who floated the idea. Those publishers quickly retreated.”

Ubisoft, the publisher behind Ghost Recon Breakpoint, has since pulled back on NFTs. EA and Square Enix are two other major companies that signaled interest in the digital token business but have yet to unveil their plans.

So far, NFT plans from major game publishers have yet to excite gamers.

“What needs to happen is [NFTs] need to allow gamers to do things and experience things that they couldn’t otherwise experience and do, and those things and experiences need to be compelling,” said Lewis Ward, research director for IDC. “NFTs have to answer the question, ‘What’s in it for me?’ from the gamer’s perspective, and the answer to that question better be cool.”

Even game developers are skeptical about NFTs. In the State of the Games Industry 2022 report from the Game Developers Conference, 70% of developers surveyed had no interest in digital tokens.

Still, the skepticism was the same for DLC, and, billions of dollars later, microtransactions aren’t going anywhere.

“NFTs will eventually be a natural part of games,” Pachter said. “I think it will start as user-generated content to make games better, like artists making skins, and will expand to brands. After that, it will be the Wild West.” 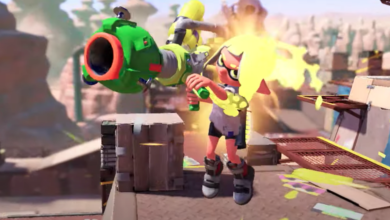 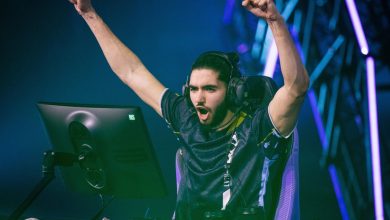 I Took An Esports Brain Test. I’m Not Even Close to Being a Pro Gamer 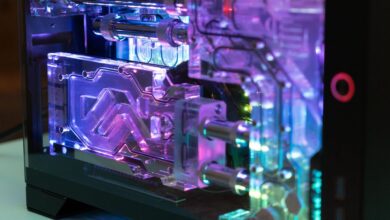