Apr. 11—FORESTVILLE — As a steady mist enveloped Big Diamond Speedway, the 358 modifieds kept circling the 3/8-mile oval over and over as track officials pondered whether to allow Friday night’s 25-lap season opener feature to begin.

“I figured it was half decent as long as they kept going,” Royersford’s Tim Buckwalter said of the parade of caution laps before the start. “I felt like, at the beginning, they should have dropped the green (flag) because it was only getting worse.”

Each scored feature victories to begin the track’s 49th season. They were joined in Victory Lane by Andrew Fayash III, who notched the roadrunner feature victory just as the raindrops began to fall.

After a delay to last season’s start led to a massive crowd for the speedway’s 2020 debut, a forecast of possible rain may have cut into Friday night’s attendance. The spectators who attended witnessed a program that was completed by 10:40 p.m. as track officials accelerated the program once the mist descended upon the track.

The beneficiary of that move was Buckwalter, who led all 25 laps in Norm Saxton’s No. 23 modified en route to a $4,000 payday.

“Usually, I tighten up pretty good here,” Buckwalter said after his third career win at Big Diamond. “It just didn’t do it. I kept walking up and watching all the 602 (crate sportsman) heats and went back and watched the modified consy. It looked like (the track) was blowing off and the cars were bouncing and bouncing.

“I said we’re going to keep it free. We’re on the pole and we’ll see what we got.”

Buckwalter had plenty to hold off a stellar field with new drivers in some of the cars that have done well in recent seasons, including Danny Bouc in Norm Hansell’s No. 357 and Dominick Buffalino in Glen Hyneman’s No. 126.

While Buckwalter is the defending George and Georgie Stevenson Memorial winner, Fayash, of Mary D, ended the longest victory drought among Friday’s winners. Prior to Friday, Fayash’s last roadrunner win was June 8, 2018, and he then parked his No. 77 and became Big Diamond’s videographer for a season before sitting out 2020.

“I got a better job about a year-and-a-half ago and just had enough to go racing again … just barely,” said Fayash, the 2016 track champion, after edging 2020 titlist Alex Schoffstall in a tense final lap. “The itch never died and filming racing doesn’t help that itch any because you’re watching it every week.”

With the engine for his car still being prepared, Fayash, who plans to return to weekly competition at Big Diamond, said he won Friday’s race with an engine borrowed from Pine Grove’s Kevin and Chris Holland.

While Schoffstall fell a car-length short of victory, he and Fayash turned the event into a two-car battle. Joe Bassininsky placed third ahead of Jim Kost and Don Murphy.

Fitzpatrick, of Branchdale, dominated the 20-lap open sportsman feature from the outside pole.

“The track has a ton of grip and it’s a little rutty, especially over in (Turn) 2. It was really upsetting the car,” Fitzpatrick said. “Truthfully, I couldn’t find a good way around here to avoid that rut. I hit it every lap and my body felt it.”

Orwigsburg’s Doug Hendricks, returning to the open sportsman after a season driving a 358 modified, placed second ahead of Pine Grove’s Mike Schneck and Wayne Witmer and Lehighton’s Brandon Edgar.

Lyle, of Oley, grabbed the 602 crate sportsman feature lead from Danny Buccafusca on the third lap and never looked back, though he had to endure a last-lap dash to the checkered flag when the cars of Buccafusca and Cody Manmiller tangled in the fourth turn as the white flag waved.

“I did this years ago back in the ’90s and now I have a different mindset,” said Lyle, 48, who previously raced modifieds. “It’s a couple of buddies, my son and my dad here, and we’re just going to have fun with it.”

The program, which drew 81 race teams, featured one red flag when Kyle Wingle flipped his roadrunner in the fourth turn two laps into the feature. He was unhurt.

Big Diamond will host its annual Money in the Mountains race for modifieds next Friday night. The show includes both sportsman classes and roadrunners.

A tackle at No. 6? A first-round RB? This draft will tell Dolphins’ philosophy to win. 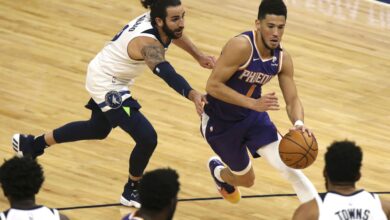 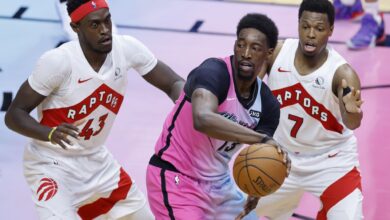 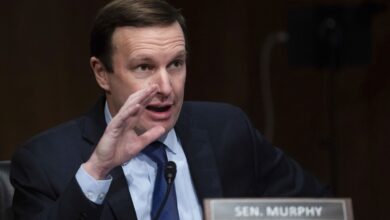 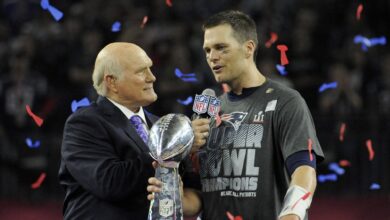 Terry Bradshaw once checked into hospital under alias ‘Tom Brady’