Chris D’Elia returned to YouTube on Friday, February 19, eight months after he was accused of sexual misconduct.

The comedian, 40, opened up about the allegations in his video, titled “It’s been awhile [sic],” admitting that his behavior was wrong. D’Elia claimed that all his relationships “have been consensual and legal.”

“I know it looks bad,” he said. “What I have come to understand is, this was always about sex to me. My life was — I mean, sex, it controlled my life. It was the focus. It was my focus all the time. And I had a problem, and I do have a problem. … I need to do work on that.”

D’Elia also used the video to own up to some things, like being unfaithful to numerous women including his fiancée, Kristin Taylor. “And this is my dream girl, this is the girl I want to be with for the rest of my life, and even that wouldn’t stop what I was doing,” he said.

The podcast host acknowledged that when his standup career started, he felt “lucky” he didn’t “need to work as hard” to get the attention of women.

“I can just do a show and then have sex. Or roll into a city and look in my inbox and start writing,” he explained of his attitude before the allegations became public. “I would get at least 50 messages after a show each city a night. And I would reply to all of them. And I thought in my mind that being straight-up with these women was the right thing to do. I’d say, ‘Hey, come to my hotel room and let’s have sex. Let’s make out. Let’s do this, let’s do that.’ And that was what I thought was right.”

He maintained in the YouTube video that his outlook has evolved since then. D’Elia said he now knows that he was “treating sex like it’s casual and being flippant with people.”

The New Jersey native added, “And that’s not the guy I want to be. It’s not OK and I’m sorry for that. It makes me feel shameful and it makes me feel bad.”

D’Elia said in his YouTube video that he’s been “doing the work” to be better.

The Undateable alum was first accused of sexual misconduct in June 2020. Several women came forward online, accusing him of various things including behaving inappropriately with underage women and allegedly exposing himself to several women. After the allegations surfaced, the Los Angeles Times released a lengthy exposé about D’Elia’s alleged behavior.

The actor issued a statement denying all claims against him to TMZ. “I know I have said and done things that might have offended people during my career, but I have never knowingly pursued any underage women at any point,” he said.

D’Elia went on to apologize in the statement, saying, “I was a dumb guy who ABSOLUTELY let myself get caught up in my lifestyle. That’s MY fault. I own it. I’ve been reflecting on this for some time now and I promise I will continue to do better.”

As a result of the controversy, Netflix scrapped a prank show D’Elia was set to star in. He was also dropped by his reps at CAA. 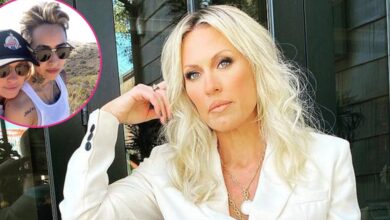 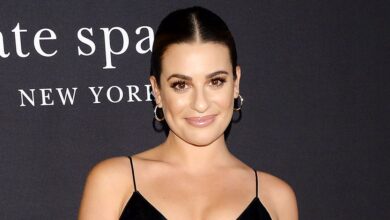 A Day in My Life With Son Ever 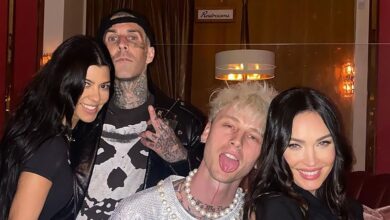 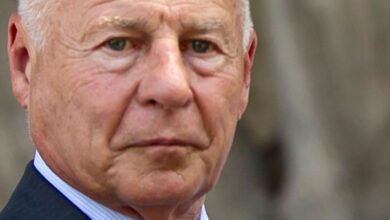