Taming a ranging pandemic that has already claimed the lives of more than 400,000 Americans lies heavily in the rollout of the long-awaited COVID-19 vaccine — a process that has been slow and arduous since the emergency approval of such jabs in the U.S. But a leading physician in Massachusetts says this ongoing problem is a solvable one under freshly inaugurated President Joe Biden, citing vaccine supply “predictability” as a key point in tackling this issue.

States are complaining of limited supplies, with New York Gov. Andrew Cuomo, for instance, penning a letter earlier this week to the chief executive of pharmaceutical giant Pfizer in a bid to have the company — its coronavirus vaccine candidate was the first to be granted an emergency use approval from the U.S. Food and Drug Administration — sell its shots directly to the state, bypassing the federal government, in an effort to ramp up such supplies. The company is unable to do so, it later said, citing restrictions under the U.S. Department of Health and Human Services.

Limited supplies have left many Americans eager to receive the first dose of either vaccine with canceled appointments, and some states, such as Alabama, which was recently ranked last in the country in terms of its COVID-19 vaccine distribution efforts, threatening to remove vaccine supplies from providers who don’t administer the jabs in a “timely way.”

AFTER RECEIVING THE COVID-19 VACCINE, IS IT SAFE TO SEE FRIENDS AND FAMILY?

“With the full weight of the federal government behind this initiative it can —  and should — be done,” Dickson told Fox News in a recent interview.

But vaccine supply predictability is of the utmost importance in ensuring this endeavor is a successful one.

“The Biden administration is doing all the right things such as mandating masks during interstate travel, limiting social gatherings and committing to getting as much vaccine to the people that are delivering the shots as soon as possible,” Dickson said. “I think the most important thing for the vaccine program will be predictability — making sure that each state and each health care system within the state knows how many vaccines they are going to get over the course of the next few weeks.”

Such consistency “gives us the capability to schedule appointments and build the vaccination capacity we need to speed up the process,” he said. “Right now as a leader of a health care system, I have no idea how much vaccine we are getting next week. That is a problem that can be solved.”

Amid the limited supply of vaccines, there are also concerns that some may miss their second dose of the jab, as both the Pfizer and Moderna shot require two doses given weeks apart.

“Although the studies were done with 3 and 4-week second vaccinations, it is likely based on our knowledge of immunology that getting the second shot a few weeks late will not make any difference,” said Dickson. “There is a chance that people will not get the second vaccination, but I would rather have them get one than none.”

Pfizer in December said its late-stage trials found the vaccine to be just over 50% effective following the first dose, with some immunity seen after 12 days. Moderna, meanwhile, found its vaccine can provide roughly 80% protection after one dose.

Yet an adequate vaccine supply isn’t of much use if no one is willing to take it. That’s why large community outreach initiatives to address vaccine hesitancy — another priority of the new administration — is key, especially as such uncertainty is more prevalent among minorities.

Indeed: a recent survey from the Kaiser Family Foundation, for example, found that 35% of Black adults said they “definitely or probably would not get vaccinated.”

“Intentional effort needs to be made to assure that the communities at greatest risk, including people living in poverty and people of color, have access to the vaccine and the information needed to make an informed decision,” said Dickson. “If this vaccine is disproportionately delivered [and] underserved and underprivileged communities are excluded, we will have failed…again.”

Lastly, speaking to the appointment of Dr. Rochelle Walensky as the new head of the Centers for Disease Control and Prevention, Dickson said he was glad to see a fellow Massachusetts doctor tapped for the role.

“We have exceptional health care here in Massachusetts and were thrilled to see Dr. Walensky selected to run the CDC,” he said. “We believe she is perfect for the job.”

Google search on mobile is getting a redesign 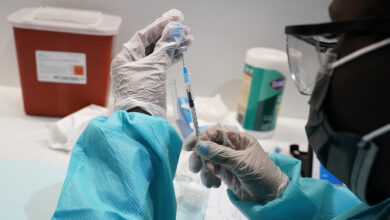 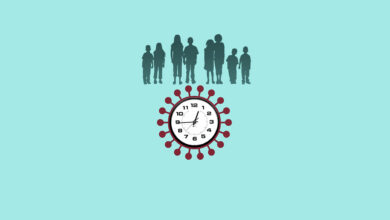 Is the delta variant of the coronavirus worse for kids?

Fauci weighs in on COVID-19 vaccine safety in pregnant women

COVID-19: WHO expresses ‘grave concern’ over cases in Europe