Rupee Vs Dollar: Rupeefinished at 72.96, higher by six paise over its last close

Rupee Vs Dollar: The rupee gained marginally six paise against the US dollar on Tuesday, February 2, to settle at 72.96 (provisional), tracking weak American currency and higher buying in domestic equities. At the interbank foreign exchange market, the domestic unit opened on a flat note at 73.02, and gained ground to achieve an intra-day high of 72.92. The local unit registered a low of 73.05 during the day. In an early trade session, it rose one paisa to 73.01 against the greenback. The rupee finished at 72.96, higher by six paise over its last close. On Monday, February 1, the local unit had finished at 73.02 against the American currency.

Analysts said the rupee is trading in a narrow range as traders remained cautious ahead of the Reserve Bank of India (RBI) monetary policy scheduled on Friday, February 5. The dollar index, which gauges the greenback’s strength against a basket of six currencies, declined 0.06 per cent to 90.92.

According to Sriram Iyer, Senior Research Analyst at Reliance Securities, the rupee strengthened amid hopes that an increased capital expenditure proposed in the Budget 2021 will boost risk appetite. However, persistent concerns of further weakening of the fiscal deficit kept gains in check, Iyer noted.
Finance Minister Nirmala Sitharaman on Monday said the government estimates fiscal deficit of 6.8 per cent of the gross domestic product in the next financial year beginning April 1.

”Nifty rose to just shy of the previous all time high of 14754, by making an intraday high of 14732 on Feb 02. A move above 14754 is essential to convince more buyers to buy now or on the next dip. Volumes and sentiments currently favour this happening,” he added. Markets will look ahead to cues from the Monetary Policy Committee decision due this week and the outlook on the economy by the Reserve Bank of India.

According to exchange data, the foreign institutional investors were net buyers in the capital market as they purchased shares worth Rs 1,494.23 crore on February 1, Brent crude futures, the global oil benchmark, rose 1.46 per cent to $ 57.17 per barrel. 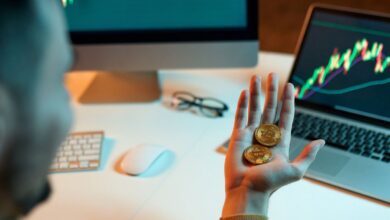 CHAOS THEORY AND INTELLIGENCE CAN MAKE YOU WIN