On Tuesday, Dish Network said its “Project Genesis” 5G cellular plan was available to the public in over 120 US cities after a month of testing in Las Vegas, Nevada. Per an agreement with the government, which you can read about here, it had to launch it by June 14th. Otherwise, it would face millions in fines.

Having tracked Dish’s progress for years, we figured we should order a phone to test out the service, which is based on some new tech, and supposedly offers unlimited calls, texts, and data for only $30 a month. (There’s also an interesting gamification and rewards system in the mix, too.) The assignment of testing it fell to me given that I live in Spokane, Washington, one of the cities the service is supposedly rolling out to. But signing up for the service turned out to be no small task: at every single part of the process, we ran into issues, bugs, and inexplicable behavior from the Project Genesis website. We’ve reached out to Dish for comment about these problems but haven’t heard back.

The problems started pretty much as soon as I hit launch.genesis5g.com. Clicking on the “order now” button, I was prompted to enter my email and home address. But once I did, the site told me I didn’t have a valid address — not that the service wasn’t available at my house but that the address I had entered (correctly, I checked, several times) wasn’t right.

It didn’t appear to be limited to just my building; my colleagues and I tried entering addresses in several supposedly supported cities, but the site would tell us they were invalid. To be clear, this wasn’t a situation where we were incorrectly formatting the addresses. (Project Genesis’ website suggests addresses to you and lets you autofill the form using them.) It was saying that the addresses it had provided weren’t acceptable.

After dozens of attempts at entering my address, I was finally greeted with a screen saying that Genesis is live in my area. The site then asked me to choose which device I wanted to order with my service. The choices are a black Samsung Galaxy S22 with 128GB of storage and a wireless hotspot. The phone isn’t full price — it’s only $399 instead of the normal $749 MSRP — but there also doesn’t seem to be an option to just order a SIM card kit for those who already have an S22. According to a support FAQ page “devices are exclusively available from Project Genesis,” which means you can’t bring your own phone even if you’re sure it supports all of Project Genesis’ transmission technologies.

But I had already come this far, and I wasn’t going to let something tiny like putting $400 on the line for a new phone I shouldn’t even need get in my way. I selected the S22 and chose the “Project Genesis Smart 5G Unlimited Plan,” the only plan available for smartphones.

Finally, I was at the checkout page… and it was broken, too. No matter what I tried, there was no way to enter my apartment number. The “Address 2” field kind of looks like you can add information to it (like, say, an apartment or unit number), but clicking on it or trying to tab into it yields no results. The website has the address fields completely locked to the address you put on the home page. Of course, if you put a unit number into that field, it’s nowhere to be seen by the time you get to the payment page. And yes, I did test this on three different browsers to confirm that the issue happened in each one.

(I went into the web inspector in an attempt to turn off the lock, hoping that whatever stored procedure handled this intake form would just read the data from the field, but the fields are set to read-only in a way that my browser couldn’t change — another big brain plan foiled.)

Since apartments, townhouses, and many condos seemed to be a no-go, I thought about shipping it to my mom’s house. She lives on the other side of the country, but Dish says its service is live in her city, and her address is only one line. After I tried entering her address enough times (the verification system was still on the fritz), the site accepted it, showing me the message: “Project Genesis is lighting up in your area soon!” That’s certainly interesting given that her city appears in the list of the “120 plus” places Genesis is live in, but whatever — it was clear I couldn’t have the phone relayed to me via her house.

Out of ideas, I jokingly texted my wife, Becky, asking if any of her home-owning friends would be willing to accept a package for me. Not knowing the ordeal I was in, she asked what on earth I was trying to get shipped that couldn’t be sent to our house or her workplace.

HER WORKPLACE! Becky gets stuff shipped there all the time, and it’s a standalone building without a unit number.

Nearly holding my breath, I entered her work address into the Genesis website. After thinking for a moment, the system accepted it, and I was able to go through the process of selecting a phone and plan for the millionth time. Finally, I was at the checkout page, with an address that didn’t need any additions. This was it. The final hurdle. I entered my credit card details and pressed the “Join Project Genesis” button.

My Apple Card denied the transaction, saying that it was suspicious. “Lol,” I said dejectedly. “Lmao.”

Now to be fair, Project Genesis’ form doesn’t actually split out billing and shipping address, so it’s very possible my card flagged it because the address the system was trying to use isn’t the address I have it registered at. Thankfully, Apple lets you press a button and say “let this through.” I tapped accept and resubmitted the Project Genesis form.

The transaction cleared — “you’re in!” declared Dish’s website, telling me that I’m on my way “to experiencing the nation’s first Smart 5G network.” I got an email with my order details (which also said that it’s possible my device could be hand-delivered by one of Dish’s ambassadors, so that could be interesting) and another email with a temporary password for the Genesis app so I can log in and “start earning exclusive rewards.”

Reader, that temporary password and the instructions on how to use it are both invisible: black text on a black background. I truly cannot wait to get this phone and start testing this network.

Who Is Liable for a Slip-and-Fall Accident? 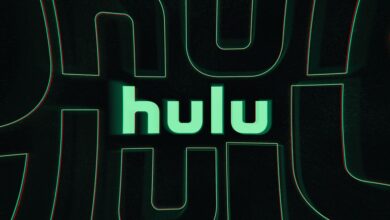 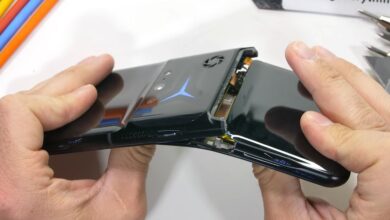 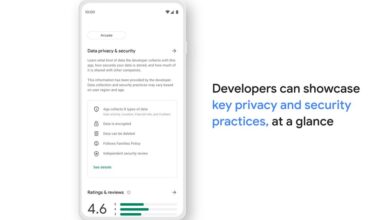 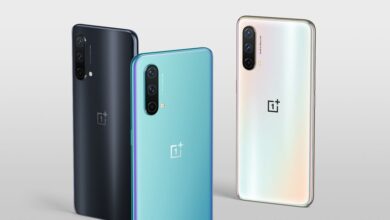