Legend has it, every year on Easter, a long-eared, cotton-tailed creature hops from house to house to deliver festive baskets full of treats, toys and delicious candy to children and even leaves colorful eggs hidden for them to find! Among other popular Easter traditions like hot cross buns and exciting egg hunts, the Easter Bunny has long been a well-known and popular symbol associated with the religious holiday — but have you ever wondered where the idea of the Easter Bunny came from and how exactly the cute, fluffy woodland creature became such a prevalent symbol of Easter?

There’s actually a lot of history behind the idea of an egg-bearing rabbit on Easter Sunday (and it’s not just because he’s cute!). The Easter Bunny has a long and deeply rooted history in the Christian holiday that even goes back to pagan traditions. Here’s everything you might have wondered about the fascinating origins of the Easter Bunny so you can share the story before you welcome the holiday with chocolate rabbits and plenty of bunny-shaped treats, including where the character comes from, how a rabbit became associated with Easter eggs and how he came to be such a beloved symbol of the holiday over the years.

So, where does the Easter Bunny come from?

As Christians probably already know, the Bible makes no mention of a mythical hare who delivers eggs to children on the day of Jesus Christ’s resurrection so it may be a head-scratcher why exactly a rabbit became a prominent part of one of Christianity’s most important celebrations of rebirth and renewal. One theory, according to Time, is that the symbol of the rabbit stems from the ancient pagan tradition on which many of our Easter traditions are based — the festival of Eostre, which honored the goddess of fertility and spring. The goddess’s animal symbol was a rabbit, which have long traditionally stood for fertility due to their high reproduction rates.

As for how the character of the Easter Bunny made its way to America, History.com reports that it was first introduced in the 1700s by German immigrants to Pennsylvania, who reportedly brought over their tradition of an egg-laying hare named “Osterhase” or “Oschter Haws” from the Old Country. Legend has it, the rabbit would lay colorful eggs as gifts to children who were good, so kids would make nests in which the bunny could leave his eggs and even sometimes set out carrots in case the hare got hungry. Remind you of any other holiday traditions? Eventually, the custom spread across America until it was a widespread Easter tradition. Over time, the fabled bunny’s delivery expanded from just eggs to include other treats such as chocolate and toys. Easter baskets have only gotten more and more elaborate over the years, as one trip to the store this year will tell you.

Why does the Easter Bunny bring eggs?

Since rabbits are mammals (and give birth to live young), it might seem like a case of mistaken biology to say the Easter Bunny lays eggs on the holiday. Adding another miracle to the festivities, perhaps? The answer may lie in combining iconography. Eggs, just like the rabbit, have long been considered an ancient symbol of fertility, rebirth and new life, all associated with the springtime celebration of Easter!

From a Christian perspective, Easter eggs represent Jesus’ resurrection and his emergence from the tomb. According to History.com, the tradition of decorating eggs for Easter may date back to the 13th century, when eggs were traditionally considered a forbidden food during the Lent season. That’s why people decorated them as the fasting period came to an end, to make eating them an even more celebratory way to feast on Easter Sunday.

Of course, if you want to keep your Easter celebrations copacetic with the kids’ science classes, you can always tell them the bunny just brings the eggs and leave the laying to the chickens.

Today, the Easter Bunny is usually depicted as a white rabbit with long ears, often wearing colorful human clothes. You’ll typically find one at Easter parades, mall kiosks and other celebratory events for the holiday, often carrying a basket filled with colorful eggs, chocolate, candy and other treats to give out to kids; just like Santa Claus on Christmas. You can even get their picture taken with the rabbit in some places, if you want a keepsake photo for the holiday.

Despite the prevalence of the bunny, it’s not always a rabbit that brings the Easter eggs in countries outside of the U.S. In Australia, for example, the spring holiday is greeted with the Easter Bilby, an endangered rabbit-like marsupial native to that country. Other gift-bearing animals include the Easter Cuckoo in Switzerland and, in some parts of Germany, the Easter Fox or the Easter Rooster! So if you want to branch out this year, those are some places to start.

Hannah Jeon
Editorial Fellow
Hannah is an editorial fellow at Good Housekeeping, where she loves to cover home, health, entertainment, and other lifestyle content.

As Cyberattacks Roil Colleges, Many Look to Faculty Members and Students for Help 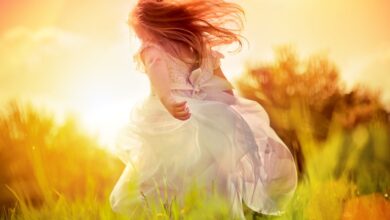 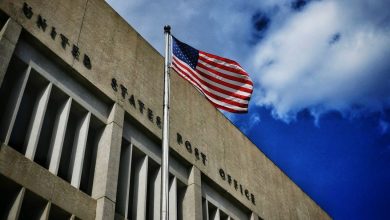 Is the Post Office Be Open on Memorial Day 2022? 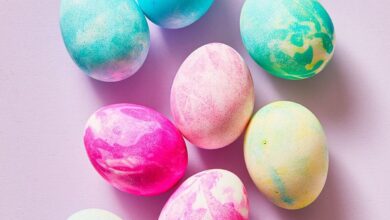 How to Tie Dye Easter Eggs 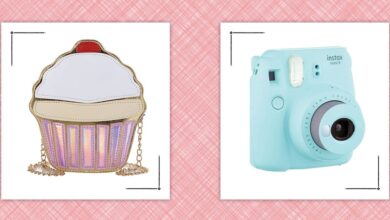