But UEFA doing the right thing turned out to be a fanciful notion in the end.

A week ago, Bayern Munich CEO Karl-Heinz Rummenigge said that UEFA was considering reducing Euro 2020, which was rescheduled for this coming summer, to just one host country, rather than 12 all over the continent.

As Rummenigge put it to German newspaper Muenchner Merkur/TZ, “This special hosting of the tournament came about when the coronavirus didn’t exist.” Indeed, the idea was to spread the wealth across the continent in a bonanza of games. The logistics and pollution from all that travel were reasons enough to be skeptical. And then a pandemic broke out that was, early on, actively exacerbated by soccer-related travel.

Surely UEFA would rethink its plans to force teams to hop all over the continent – to say nothing of potential fans – since the pandemic had already pushed the tournament back by a year and isn’t likely to be over by the summer. Cutting the Euro back would make things simpler and safer and reduce the burden on players and host cities.

Rather than forcing 11 cities already grappling with a pandemic to host a mere four games apiece (London will stage seven) and build significant COVID safety infrastructure and protocols, reducing the number of cities would liberate some towns and make better use of the investment by others. And there are plenty of European countries capable of staging the tournament alone, lessening cross-border travel and potential infections.

“I know that the UEFA president, Aleksander Ceferin, who is incredibly careful with corona, is thinking about whether it wouldn’t make more sense in these times to play the tournament in just one country,” Rummenigge said.

On Wednesday, UEFA had a meeting, plugged its ears, closed its eyes and yelled “Lalalalala!” over any appeals to do the sensible thing.

“UEFA repeated its commitment to holding the EURO across the 12 cities according to the timetable that has already been published,” the governing body said in a statement. “All parties recognize the need for flexibility around decisions to be made on the arrangements for the tournament, in order to reflect the different challenges and circumstances that cities find themselves in.”

But that flexibility didn’t apply to the inclusion of host cities. Rather, it was reserved for determining the number of fans who would be accommodated for the games. A decision on what percentage of capacity would be permitted, ranging anywhere from 100 percent to zero, was punted to April.

“The EURO is the flagship competition for national team football in Europe and is a vital source of funding for grassroots and wider football development,” Ceferin said in the statement. “I am optimistic that things are highly likely to be very different with regard to the virus as we move closer to the tournament and it is important that we give the host cities and governments as much time as we can to formulate an accurate picture of what will be possible come June and July.”

What this claim about funding ignores is that the bulk of the money comes from TV contracts, which is unaffected by the absence of fans. Then again, with most all the tickets already sold prior to the pandemic, UEFA would have to spend a substantial amount in refunds.

So not only will UEFA refuse to curb the scale of its tournament, but it would like to see if it can get away with honoring some tickets as well, rather than pay them back. Never mind that Europe is still one giant COVID hotspot at present and that the tournament stretches from Baku to Dublin and from St. Petersburg to Bilbao.

UEFA hides behind the faint possibility that warmer weather and a critical mass of administered vaccines will bail it out by June 11 when Turkey and Italy kick off the tournament in Rome as a cover for what is a nakedly reckless plan.

Even without fans, there is no good reason to maintain the tournament’s sprawl. In fact, if fans are to be disappointed anyway, that’s all the more reason to scale it down to perhaps three cities in fairly close vicinity. Or even one. London could handle the tournament by itself. So could the northern half of either Spain or Italy. Or Germany’s Ruhr region. Or several clusters in France.

But that would evidently make too much sense. For UEFA’s top administrators, hopes of a return to normalcy by this summer, and to the normal revenue streams above all, are too tempting. It would rather wait and see a little longer, never mind the potential toll of those plans.

Because UEFA refuses to be inconvenienced by the pandemic that has ravaged its continent and infected 32 million Europeans, killing 702,000 of them. And counting.

Leander Schaerlaeckens is a Yahoo Sports soccer columnist and a sports communication lecturer at Marist College. Follow him on Twitter @LeanderAlphabet. 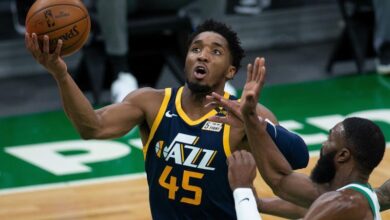 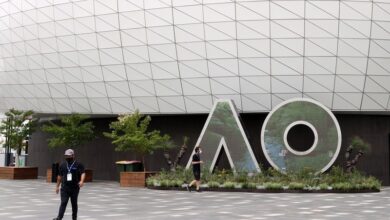 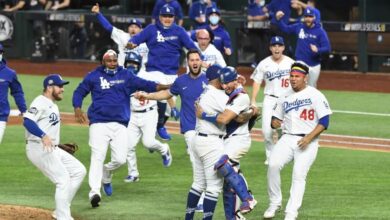 Why’s it hard for World Series winners to repeat? That will be Dodgers’ big challenge 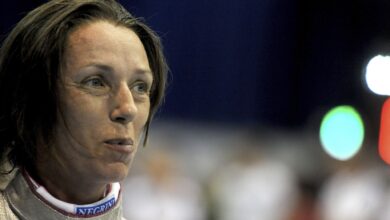