Gaurav Gill and Musa Sherif claimed the Indian National Rally Championship title for the seventh time by winning the Rally of Coimbatore amidst a number of challenges. 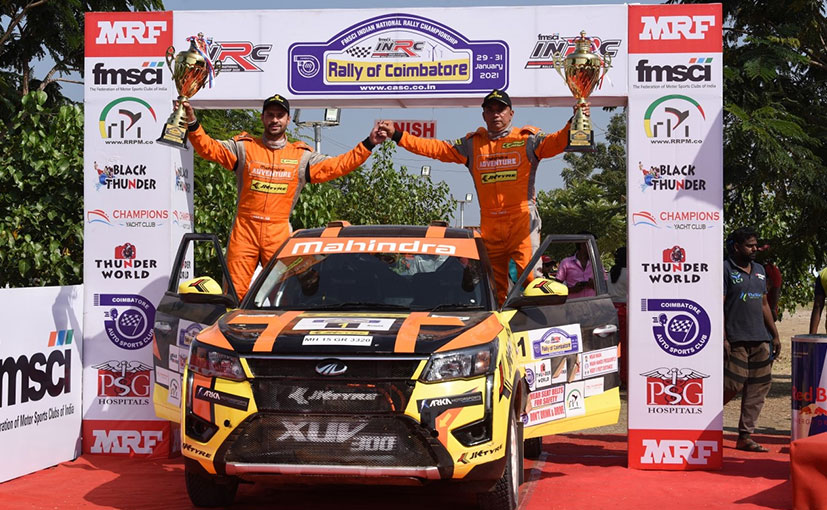 Ace rally driver Gaurav Gill along with navigator Musa Sherif had a blazing run through the weekend, claiming the title in the Rally of Coimbatore, and brought home the 2020 Indian National Rally Championship (INRC) title. This is the driver’s record-setting seventh title win. The Rally of Coimbatore was Gill’s third consecutive rally win of the season after the first two rounds in Itanagar, Arunachal Pradesh, and clinched the title with one round to spare. The Arjuna Awardee is competing this year as a privateer, piloting the Mahindra XUV300. The rally was located in Kethanur, 40 km outside of Coimbatore with a gravel terrain. 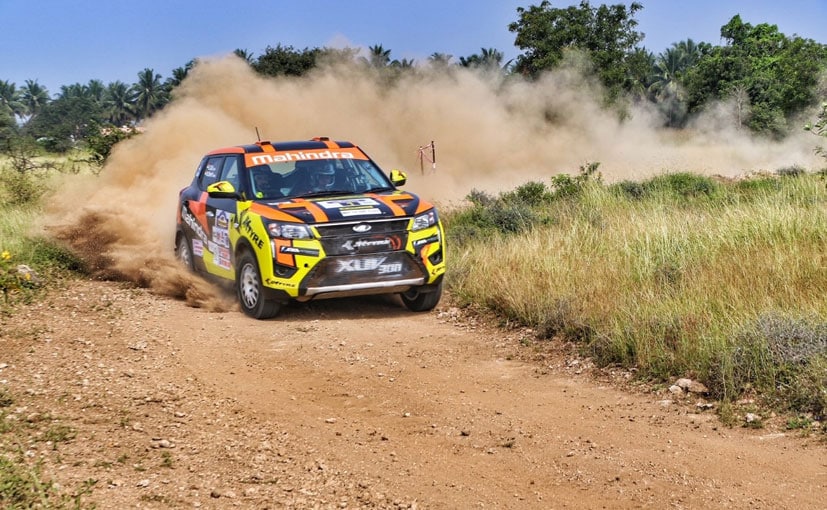 The victory though didn’t come easy after the rally-spec car suffered from a number of glitches through the six stages between Saturday and Sunday. The car went into limp mode as a result of the glitches that restricted the maximum speed when on the terrain comprising gravel, hard pieces of stone, and rocks. There was plenty of dust as well as twists and turns, adding to the challenge.

“I am extremely happy to win three rallies in a row and become a national champion for the seventh time. I knew I was not able to push beyond 100 or 105 kmph in dirt.  I had to drive technically and ensure I finished. I must thank Hardy Sir (Sanjay Sharma) of JK Tyre for being ever supportive. We have won the championship and this is pure joy. In 2020, when lockdown happened, I was simply training at home for nine months in the gym. To get back into the car, for which I thank Mahindras and JK Tyre for this booster. It has been a difficult year for all of us, and to be in the sport is a joy.” 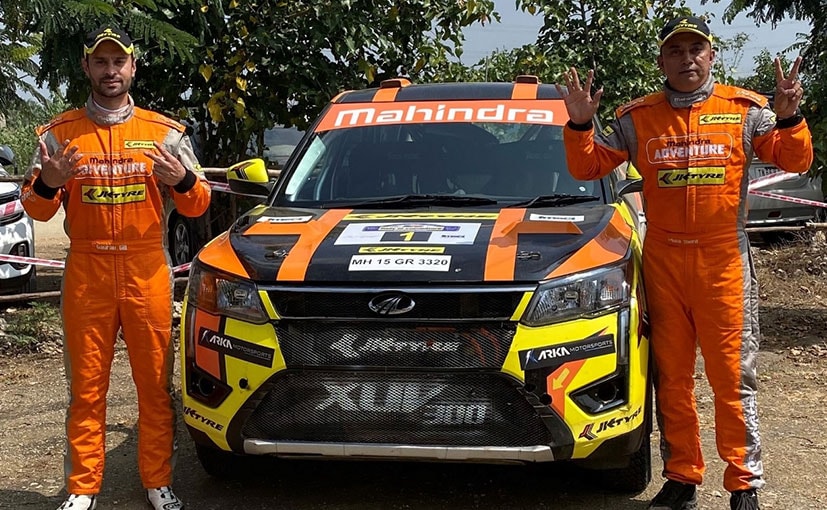 Gill and Sherif pick up their seventh INRC title, setting a new record

Fabid Ahmer with co-driver Eldo Chacko was another showstopper of the weekend and managed to finish third. The INRC 3 driver completed the rally in 1 hour 8 seconds, staying close to the race leaders. 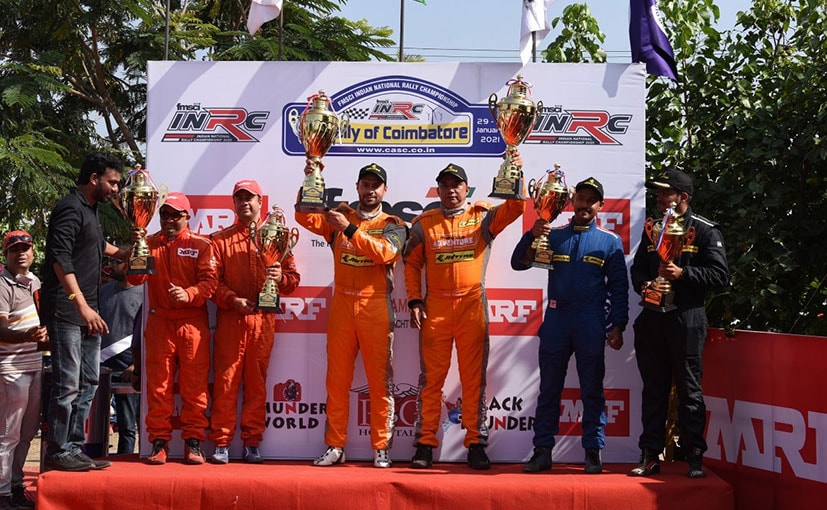 The 2020 INRC has just one round left

The 2020 Rally of Coimbatore did see veteran driver Amittrajit Ghosh suffer a DNF. The ace rallyist developed a mechanical snag and had to pull out in the last stage, albeit after giving tough competition to Gill.

In the INRC 2 category, Chetan Shivram and Sahid Salman bagged the second spot with a time of 1 hour 13 seconds. Backed by Yokohama, the drivers were piloting the Volkswagen Polo with a stock engine. The duo is followed by Sahil Khanna and Vidit Jain running third with a time of 1hr1m33s. In the INRC 3 category, Arjun Rao and Shanmuga SN are placed second, followed by Aditya Thakur with co-driver Virender Kashyap of Team Nutulapati. Lastly, the INRC 4 category saw Vaibhav Marathe and Suhan M Kabeer in the lead with a total time of 1hr4m15s. 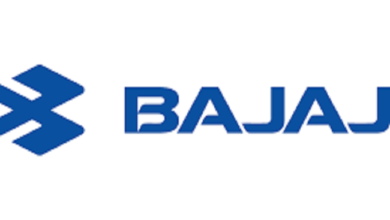