The world has now seen more than 100 million cases of the novel coronavirus since the outbreak of the deadly disease began a year ago.

COVID-19 has now infected some 100,032,461 people across the globe, according to estimates from Johns Hopkins University. More than 2 million lives have been lost to the virus, which first emerged in Wuhan, China.

The United States leads the world with most cases, with more than 25.3 million total cases as of this writing, according to estimates from the university’s Coronavirus Resource Center. India follows behind with some 10.7 million cases. Brazil, meanwhile, is third in the world for most reported cases of COVID-19, recording some 8.9 million cases to date.

The hopes of putting an end to the deadly pandemic are riding with the development of vaccines, two of which have already seen emergency approval in the U.S. But the rollout of these jabs has been slow, with recently-inaugurated President Joe Biden hoping to speed the process by vaccinating 100 million Americans in his administration’s first 100 days.

States are complaining of limited supplies, with New York Gov. Andrew Cuomo, for instance, recently penning a letter to the chief executive of pharmaceutical giant Pfizer in a bid to have the company — its coronavirus vaccine candidate was the first to be granted an emergency use approval from the U.S. Food and Drug Administration — sell its shots directly to the state, bypassing the federal government, in an effort to ramp up such supplies. The company is unable to do so, it later said, citing restrictions under the U.S. Department of Health and Human Services.

Limited supplies have left many Americans eager to receive the first dose of either vaccine with canceled appointments, and some states, such as Alabama, threatening to remove vaccine supplies from providers who don’t administer the jabs in a “timely way.”

“With the full weight of the federal government behind this initiative, it can —  and should — be done,” Dr. Eric Dickson, the University of Massachusetts Memorial Health Care CEO and practicing ER physician, also said of this plan.

Amid the slow rollout, however, Dickson pointed to vaccine supply “predictability” as one of the most important aspects in ensuring this endeavor is a successful one.

“The Biden administration is doing all the right things such as mandating masks during interstate travel, limiting social gatherings and committing to getting as much vaccine to the people that are delivering the shots as soon as possible,” Dickson recently told Fox News. “I think the most important thing for the vaccine program will be predictability — making sure that each state and each health care system within the state knows how many vaccines they are going to get over the course of the next few weeks.”

Also of great importance in this massive vaccination effort is education, specifically in communities where vaccine hesitancy has been found to be more pervasive compared to others. In the continued fight against COVID-19, the Biden administration has also listed large community outreach initiatives to address vaccine hesitancy as a top priority.

Canadian Skincare Icon Elizabeth Grant on What She's Learned After 72 Years (!) in Beauty 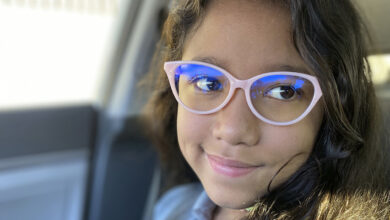