Les Bleus underlined their status as tournament favourites by grinding out a 15-13 win in Dublin to move top of the championship table.

Fabien Galthie’s men showed glimpses of their scintillating best on Sunday but a first Aviva Stadium success in a decade was primarily built on the strength of their resilient defence.

Flanker Ollivon, who scored the opening try, felt the game was among the toughest physical tests of his career and attributed an important victory to France’s mentality.

“It was a tough match, a real ferocious battle and I am so happy for the group, for our supporters and for France,” he said.

“I think it’s a state of mind, it made us win. It was a very, very tough battle, there was not one second of freedom.

“We have to congratulate every guy, the whole team. This is real pride for us. When you look at the quality of the opponent, we need to savour that we won that match.

“It was a very intense battle. It was one of the toughest I have played, personally, that’s why I am so happy we ended up as winners.

Toulon player Ollivon touched down his seventh try in 10 games while France were temporarily a man light following Bernard Le Roux’s yellow card for a trip on Keith Earls.

Damian Penaud added a second score in the second half and, despite replacement Ireland hooker Ronan Kelleher crossing to cut the advantage, Les Bleus held on for a ninth win from 11 games under head coach Galthie.

It is 11 years since France last tasted Six Nations glory.

Team manager Raphael Ibanez, who won the championship four times as a player, including two Grand Slams, is refusing to get carried away with title talk ahead of hosting Scotland on February 28.

“We’ll see. We’ll take it step by step. We’re going to enjoy the win, regroup as a team and be ready for the next challenge,” he said, according to the Six Nations website.

“It was a hard-fought win away from home, so it’s a big relief for the boys.

“Our defence was outstanding throughout the whole game, it showed our team spirit and character was there.” 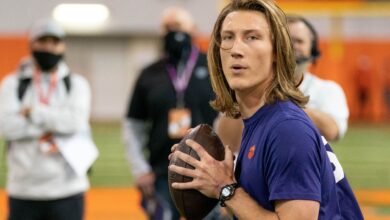 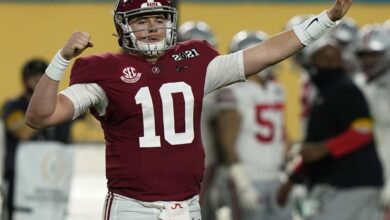 Mac Jones a big favorite to go No. 3 overall 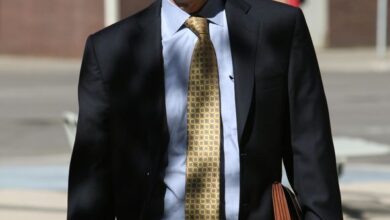 We want Big Ben back