(Pocket-lint) – Apple is testing a new feature for the iPhone that enables you to unlock your phone even if you’re wearing a face mask. The catch is that you need to be wearing an Apple Watch to make it work.

Before we go any further, this almost certainly isn’t available on your iPhone yet.

It’s in the iOS 14.5 developer beta at present so it’ll probably be released as a public beta next before a full release – we reckon we’re talking weeks rather than months though. It’s probable that Apple will tweak the feature to make it more effective as a result of feedback.

We’ve been experimenting with the feature over recent days so here’s our guide to how it all works. Most of the time you’ll still unlock in the normal manner, but when you do have your mask on it is useful and we were able to access our phone successfully when we were masked up in a store.

We’ll update this article with any changes once the feature is publicly available.

What problem does this update solve?

We’re having to wear face masks at the moment and the problem is that facial recognition doesn’t really work with them. That’s been a particular problem with newer iPhones (iPhone X, XS, XR, 11, 12) that rely on Face ID.

Of course, Touch ID iPhones will still unlock in the same way they always have and indeed it has been rumoured that Apple was going to re-introduce Touch ID in some way to more iPhones to counter this problem (perhaps on the sleep/wake button like on the iPad Air). However, this update should see off those rumours.

Now, it is possible to register an alternative likeness on your iPhone and some users have reported to Pocket-lint that they have been able to get their phones to recognise them even with a mask on. But it’s not that easy and so Apple needed to come up with a workaround.

That workaround is using an Apple Watch in much the same way you can get the watch to unlock a Mac (System Preferences > Security & Privacy in macOS if you want to set that up).

Face ID works just as you would expect with the new software. This is similar behaviour to using the Apple Watch to unlock your Mac which has been available for some time.

Your Watch will need to be in close proximity to your iPhone. However, the option won’t be enabled automatically – you’ll need to enable it in Settings > Face ID & Passcode on your iPhone.

Under Unlock with Apple Watch there will be a toggle to turn on the feature. Of course, the Apple Watch in question must be paired with your iPhone in order for it to work.

If you have iOS 14.5 installed but not watchOS 7.4, the toggle will be greyed out in Settings > Face ID & Passcode as you can see here:

Once set up, there are a specific set of circumstances in which this feature will kick in.

After unlocking your phone, Apple Watch will give you some haptic feedback to let you know your iPhone has been unlocked and it’ll be shown on screen, too.

There’s also a button you can tap to re-lock your phone in the unlikely event that it has unlocked accidentally.

This process will work with Apple Pay too – so you don’t need to remove your mask when you’re stood at the counter. App Store, iTunes Store and Safari autofill and purchases will still require you to input your passcode.

The new feature is part of several new enhancements coming in iOS 14.5/iPadOS 14.5 including updates to Siri, support for latest-gen Xbox and PlayStation game controllers and App Tracking controls giving you to power to stop developers tracking you in apps. 5G global Dual SIM is also supported, too.

A minute by minute forecast is also coming to the Weather app in the UK having previously been available in the US. This is the integration of part of the Dark Sky app that Apple bought last year.

Additionally, in iPadOS 14.5 there are also enhancements to handwriting recognition and Scribble including support for Portuguese, French, Italian, German and Spanish.

Jiobit launches an improved version of its kid (or pet) tracker, the Jiobit Next – TechCrunch 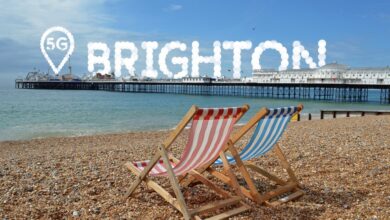 EE switches on 5G in 35 new UK towns and cities, now stands at 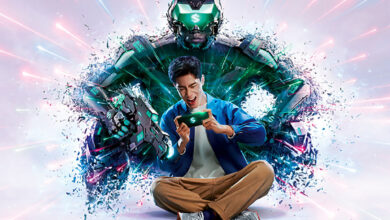 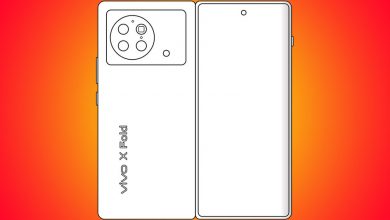