Welcome back to The TechCrunch Exchange, a weekly startups-and-markets newsletter. It’s broadly based on the daily column that appears on Extra Crunch, but free, and made for your weekend reading. Click here if you want it in your inbox every Saturday morning.

We’re shaking things up this weekend in the newsletter, focusing on a series of larger themes and news items instead of having a few discrete sections. Why? Because there was too much to fit into our usual format. If you were a fan of the original layout, we’ll be back to it next week.

Today we’re talking Coinbase’s growth, how Juked.gg tapped the equity crowdfunding market, a noodle or two on the a16z media game, Talkspace’s SPAC, VC and founder predictions for 2021, and where’s the right place to found a company.

Sound good? Let’s get into it!

Coinbase’s deposits scale ahead of IPO

Thanks to Kazim Rizvi of Drop, parent company to Cardify which provides data on consumer spending, we have a look into how quickly deposits have scaled at American cryptocurrency platform Coinbase. As Coinbase has filed to go public, and we’re eagerly anticipating its eventual S-1 filing, we were stoked to get a directional look at how quickly consumer interest was growing for the assets it helps folks buy.

They are scaling rapidly. Using the first week of January 2019 as a baseline, by the last week of December 2020 deposits and withdrawals from Coinbase had grown by more than 12x apiece. That’s staggering growth, and while the data is somewhat volatile — and we’d treat it as directional instead of exact — on a week-to-week basis, it underscores how well companies like Coinbase may be performing as Bitcoin booms once again, bringing in more trading interest and consumer demand.

The Cardify data also indicates a multiplying of new customer acquisition at Coinbase over the same time period, and deposits scaling alongside the price of Bitcoin. As Bitcoin has topped the $30,000 mark recently, sharply higher than in recent quarters, the price gains may have helped Coinbase not only a solid Q4 2020, but perhaps put it on a path for a bonkers Q1 2021 as well.

Esports is super cool and if you don’t agree, you are incorrect. But it doesn’t matter if you or I are right or not on the question, as the market has largely decided that competitive gaming is worth time, attention and investors’ money.

The proliferation of esports leagues and games and the like has led to a decidedly fragmented universe, however, lacking a central hub akin to what ESPN provides the world of traditional sports.

But not to worry, Juked.gg just raised capital to build a content hub for esports. This means that old folks like myself can still find out when tournaments are happening, and enjoy a dabble of League of Legends or Starcraft 2 pro play when we can, sans hunting around the internet for dates and times.

Juked.gg went through 500 Startups (more on its class here), catching our eye at the time as a neat nexus for esports-related content. Now flush with a little over $1 million that it raised on the Republic platform, it has big plans.

The Exchange spoke with Juked.gg’s co-founder and CEO Ben Goldhaber about his company’s performance to date. Per Goldhaber, Juked has scaled from 500 users when it launched in late 2019, to 50,000 in December of 2020. Ahead, Juked may invest more in journalism, more into social features, and more into user-generated content. We’ll have more on Juked as it gets its vision built, now powered by over a million dollars from 2,524 investors, each betting that the startup is building the right product to help unify a growing, if distributed, entertainment category.

To preserve our collective sanity, I’m not going to bang on at length here, but building out content at a VC firm is not new. Hell, how long ago did the First Round Review launch? What a16z appears to have in mind is different in scale, not substance. We chatted about it on Equity this week, in case you need more on the matter.

While it is enjoyable to mock SPACs, featuring as many do companies that are nascent to say the least, not all SPAC-led debuts are as silly as the rest. This is the case with the impending Talkspace deal, the deck for which you can read here.

What matters is this set of charts:

You may argue that the company is not really worth an enterprise value of $1.4 billion that it will sport after its combination with Hudson Executive Investment Corp., but, hey, at least it’s a real business.

How VCs and founders see 2021 differently

Seed VC NFX dropped a VC and founder survey the other day that I’ve been meaning to share with you. You can read the whole thing here, if you’d like.

I have two pull-outs for you this morning:

Initialized Capital put together some data on where founders think it is best to found a company. In 2020, nearly 42% of surveyed founders said the Bay Area. By 2021 that number had slipped to a little over 28%, with a plurality of 42% indicating that a distributed company is the best way to go.

I hear about this a lot from early-stage founders. They are often building what I call micro-multinationals, small companies that have a few employees in one country, and then a handful in others. Making that setup work is going to be a hotspot for HR software I reckon.

Regardless, the requirement of founding companies in the Bay Area is kaput. The advantages of founding there will linger much longer.

Coming up on The Exchange next week: The first entries of our new $50 million ARR series, featuring interviews with Assembly, SimpleNexus, Picsart, OwnBackup and others. And we have some $100 million ARR interviews in the can, as well.

Finally, to keep the The Powers That Be happy, The Exchange covered some neat stuff this week, including American VC results, fintech and unicorn venture capital, European and Asian venture capital results, how the IPO market is even more bonkers than you thought, and notes on what Qualtrics may be worth when it goes public. 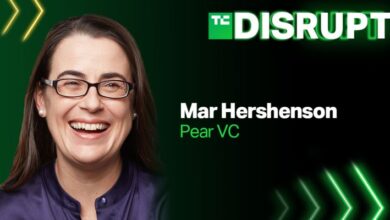 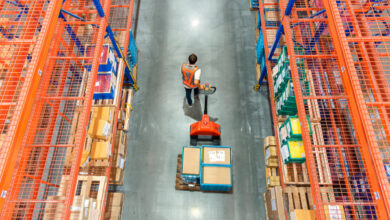 How and when to hire your first product manager – TechCrunch