With the Supreme Court poised to overturn Roe v. Wade, college students in large swaths of the country are likely to lose access to abortion in their states. A draft of an opinion leaked earlier this month suggested that a majority of justices support the move to strike down the legal precedent that established abortion access as a constitutional right (along with Planned Parenthood v. Casey, the 1992 precedent that upheld Roe). Doing so would pave the way for roughly half of all states to outlaw the procedure.

Wealthier students, who are more likely to have the money to drive or fly to states where abortion is still legal, will not feel the effects of those laws as acutely as poorer students. For them, this monumental change in the law could be extreme. Should Roe be invalidated, new burdens on poorer women could mean the difference between graduating and dropping out.

A new, unpublished study by researchers at Tulane and Stanford Universities provides a glimpse at why. The researchers examined how often women from low socioeconomic backgrounds take breaks from completing their degrees and why they take those breaks. They found that poorer women are more likely to take breaks from college than their wealthier female peers and more likely to take breaks than men from all socioeconomic backgrounds. The most cited reason: child-care responsibilities.

The study has not yet been submitted to a journal and has therefore not been peer-reviewed, but it has been accepted to the American Sociological Association conference where one of the researchers, Kaylee T. Matheny, a Ph.D. candidate in the sociology of education at Stanford, will present on their findings in August. Matheny and her co-authors, Ilana M. Horwitz, a sociologist and assistant professor at Tulane, and Natalie Milan, an undergraduate at Stanford, analyzed data from the National Student Clearinghouse and the National Study of Youth and Religion, which surveyed 3,300 adolescents and interviewed 220 of them in depth between 2003 and 2013. They summarized some of their findings in a piece last year in Contexts, a sociology publication.

The researchers did not set out to study whether abortion access would affect college careers. They were interested in how social class and gender shape college-going trajectories. They believe their findings — that women with low socioeconomic status take more breaks from college than other groups — complicate the prevailing narrative of women “as advantaged in higher education.”

But now, with the end of Roe seemingly at hand, the researchers see their study as revealing something else. If a wave of new abortion restrictions means that more unwanted pregnancies will result in childbirths, more students’ college trajectories may be interrupted because of their child-care responsibilities.

“Education attainment and reproductive rights go hand in hand,” Horwitz said. “Many women are having to stop college because they’re having children.”

“Nurturing a new child was easily the most common form of caretaking in our sample and was often brought about by an unplanned pregnancy during late high school or early college,” they wrote.

About a third of the women who took breaks because they became mothers during college ended up transferring or leaving their institutions so they could move. They relocated to safer neighborhoods, so they could get better jobs, or so they could be closer to family members who would help take care of their children.

The researchers suggested that the “motherhood penalty,” a term that is usually used to describe an experience that women have in the work force, also applies to their college careers, especially for women from low socioeconomic backgrounds.

Many of those women also had jobs. For example, one woman, identified in the study only as Dani, worked in her family’s laundromat in a small, rural town. She stayed in college during a pregnancy and then for one semester after her daughter was born while continuing to work. But eventually she had to take a break from college. Another woman, identified as Bella, was two years into a nursing degree when she got pregnant. She worked a night shift to provide for her child and also eventually had to take a break from college.

There are steps colleges can take to better accommodate students who become pregnant. Matheny suggested creating day cares on campus and offering academic advising that takes familial responsibilities into account, as well as providing emergency funds for reproductive health care.

Horwitz added that she was considering writing a class policy for students who need to take time off for an abortion, similar to the religious accommodations she already makes for her students.

“Women have days or hours to make these decisions,” she said. “We need to be prepared right now to get them the time, money, and mental support they need.” 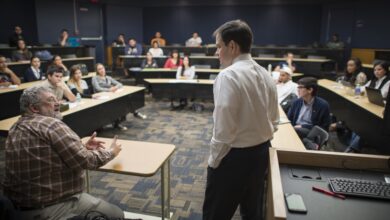 3 U. of Florida Experts Couldn’t Testify on a Voting-Rights Law. This Professor Had No Trouble. 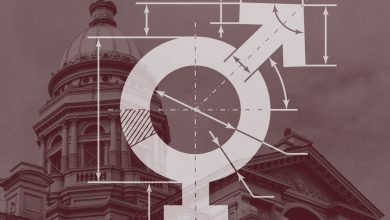 Republican Lawmakers Target Gender Studies at U. of Wyoming 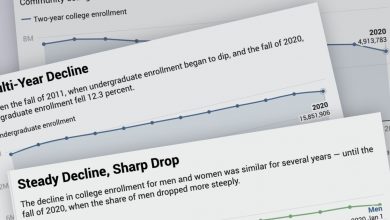 Higher Ed’s Enrollment Crash Has Been Underway for Years 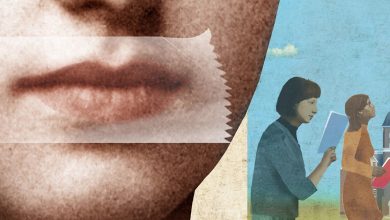 Do Students Self-Censor? Here’s What the Data Tell Us